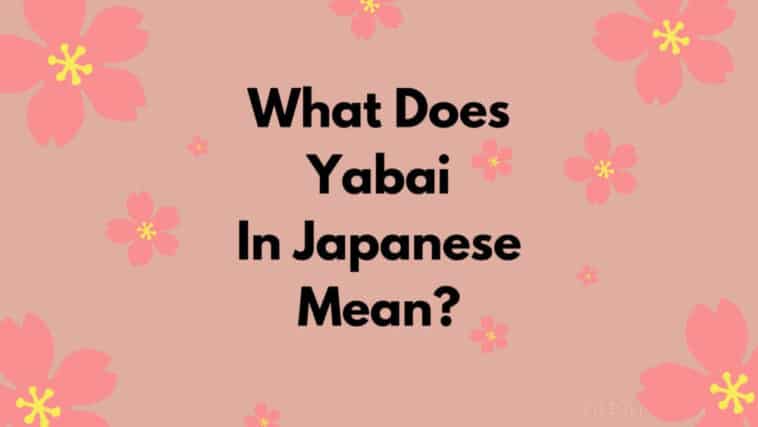 Yabai is a very common word used in Japanese conversations, but is it good or bad?  In this article, we will explain what does yabai mean with some useful examples.

Slang words can make you seem cooler with your gang because they hold a lot of power. But if you use them in the wrong context, you could risk embarrassing yourself.

When it comes to communicating such slang words in Japanese, it is more about the language for the place, time and occasion and a little less about speaking perfectly.

One such example would be the popular slang  word Yabai  (やばい) that has stirred a lot of confusion because of its many contradictory English translations and meanings.

If you look up the word Yabia, you would probably be confused too. Lucky for you, we have a detailed explanation of its meanings with excellent examples along with when you can use this slang word.

Depending on the use and context, the word Yabai can mean something good or bad.

The word Yabai (やばい) either means something risky, dangerous, terrible, inconvenient, to indicate  something bad happens.

The same word is used as a slang to indicate something cool, surprising and great. But how can this be?

In a nutshell, pretty much any emotion can be Yabai as long as it depends on the context and its intonation.

Origin of the Japanese Word Yabai:

Although nobody knows where this word really came from, there are a number of theories. One such theory is when criminals in the Edo period were incarcerated, they used to call the prison guards-Yaba (厄場).

So, when they do something illicit in prison, the one standing on the lookout would shout Yaba when they saw a guard approaching them.

When they got out of prison, whenever they wanted to avoid something they would say yaba out of habit.

Another explanation says the word Yaba (矢場) was used when someone found themselves in a dangerous or precarious situation.

In the 80s, people began using it to say something wasn’t cool and in the 90s, young people inverted its meaning to something cute, cool and incredible.

Different Meanings of Yabai Depending On Context with Examples

Here, Yabai is used as a general expletive that comes at a moment of unpleasant realization. So, if you stepped in poop or locked your key inside the car, or left the gas at home, you will be using it here in this context.

Yabai is used here to refer to  something unsafe or trying to warn somebody about a dangerous, or  risky  situation. Some people even say it originated from the word -Iya! Abunai which means No! It’s dangerous!

Yabai  can also be used as an exclamation of positive surprise and general delight. It is said with a lot of enthusiasm and amazement. You would use it when you find unexpected money in your pocket.

Yabai is often used to describe things that are awesome, great, super, fun and amazing.

It can be used to describe anything like people, places, food, skills, talent, anime characters, etc. When you have  a fan moment over an anime character or pop singer.

In a negative sense, young people like to call things they don’t understand or like as crazy. It can be used to describe something insane, strange, weird or funny.

Another slang word similar to this is ‘sick’ which is taken in both a positive and negative way.

You can also use it in a positive way to react to your friend getting engaged or when you feel ecstatic.

This is a more rhetorical question form of the word Yabai which can be translated into: ‘That’s crazy, right?’

If you would like to emphasize the word Yabai, then you can use this which means extremely or totally or super awesome or crazy.

If you would like to express how amazing or crazy a situation is, then you can say this which translates into: ‘That’s too crazy!’

Another variation of the word yabai and can be heard in anime and daily conversations which means exactly the same a syabai with the ending particle yo (よ).

This is done to make the expression sound more forceful and stronger just like exclamation marks.

When you add desu ne (ですね) after yabai, the expression becomes more feminine and soft. It translates into: That’s crazy/ amazing/ terrible isn’t it?

This is the past tense form of yabai to express something that was amazing or bad or crazy or dangerous or weird or funny. It roughly translates into: That was slope/ sick.

Common Phrases in Japanese to Use Yabai

Now that we have discussed all of the translations and meanings, let us see how we can use yabai in Japanese vocabulary.

Mostly, the word is commonly used by the younger generation but it isn’t strange or unusual even for older people to use it too.

Keep in mind never to use it in formal situations since it is a slang word so use it with your friends and family.

Below are more examples of using the word yabai in common conversations in Japan:

Is Yabe the same as Yabai?

Yes, it is and it mainly depends on the pronunciation. It is a much more slanger version of Yabai with a good or bad  meaning. It means-that is sick ( meaning great) or that is bad (meaning good) used in a bad situation. But it can also mean awesome

Can Yabai be used in formal situations?

The slang is mainly used by young people and should never be used in formal situations.

What does the word ‘Yabai desu ne’ mean in anime? 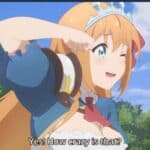 There Is a lot of usage of the word ‘yabai’ in anime. An excellent example is Princess Connect Re: Diva, a character from Pecorine. Her character became a meme because of this particular saying. Desu means ‘Is’ , ‘am’ , and Ne means ‘isn’t it?’  So when you hear it on shows, it means- How crazy is that?

When can you use the term Yabai?

Avoid using it when it is in a formal situation such as a work environment or with your teacher in school. Use it while talking to your friends in any informal situation.

Yabai is a common word that is  used informally in daily life. So, while we conclude there isn’t any specific meaning to it, it can be used in a myriad of situations to convey a myriad of feelings.

As slang, ‘Yabai’ means cool, crazy, extreme, amazing, insane so if you want to emphasize a point, then go ahead.

So next time you are talking to  some friends in Japanese, try to include ‘Yabai’ in your vocabulary  of words. Don’t be scared to use it as each time you use it it could have a different meaning.

Practice new phrases that go along with it. As you can see, there is a lot of usage of the word, so go ahead and embrace it! 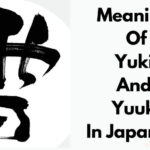 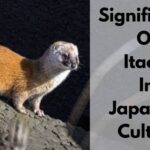