Have you ever heard about the stories of dealing with chikan in Japan amongst woman? If not, I’ll tell you how horrible it is!

Taking advantage of the lack of space in crowded places to grope is shameful. It needs to stop.

Women have chickened out when it comes to talking about chikan. Why? Despite its prevailing presence in Japan, there is little change in how the country is dealing with it. Some women we talked to braved through their trauma and lived through it again to share stories of dealing with chikan to help other women speak up.

At rush hour, a woman’s only worry should be to catch a train or bus and make it to their destination on time. But being a woman is challenging. There are so many stories of dealing with chikan in Japan amongst woman.

Standing in crowded places for them is not only tiresome but also dangerous. Women in Japan are experiencing chikan on a daily basis, most often in public transport.

What is Chikan in Japan?

Gropers and molesters, known as ‘chikan’ (痴漢) in Japanese, take advantage of such jam-packed places and woman invade the personal space of a woman who experiences it.

The woman, afraid of attracting attention and causing a scene, stays quiet. That’s the reason there are so many stories of dealing With chikan In Japan

Considering the media coverage and the advent of the #metoo movement in Japan, chikan has been recognized as a grave offence that needed intervention from the government. The Metropolitan Police Department introduced women-only train cars at peak rush hours so that women can comfortably travel.

This action was taken after the department issued a report revealing that of all the molestation cases reported, 30% of the molestations occurred at peak morning rush hours between 7-9 AM. Another revelation was that 51% of all chikan happened in trains.

Cameras were installed inside trains, signs were put up. Some of the in-car posters said “Chikan is a crime” and “Beware of chikan“. The first one informs the public not to commit this punishable offence.

The second poster, although, warns. Staying vigilant in trains and buses to make sure they’re not the next target, men, women and children alike. But the eradication of the disease that is chikan, is still a work in progress.

Related: Check out these Yurei ghost tales for goosebumps!

In a developed and technologically advanced country such as Japan, the inevitable happened. One of the grossest results of the desperation is that men started using the internet to organize and meet to ‘conduct’ a chikan occurrence.

Then came the introduction of ‘RapeLay’, a video game that allows perverts to get their way on public transportation. One-click on the button ‘prayer’ would result in upskirting the woman.

Although it was banned, one search on the dark web and thirty seconds later the game was found. stories of dealing with chikan in Japan come from the same.

Related: Wondering why the Japanese do not speak English? check out why!

As ghastly as it is, experiencing chikan, we need to see the bright side and think that grief unites us. To know that this experience is shared, is to know that the gravity of the situation has been felt.

It proves itself to be an opportunity to create a meaningful impact by battling the first instinct of shame and replacing it with the braveness to open up. That’s how there are so manystories of dealing with chikan in Japan.

In Japan, multiple women go through this on a regular basis. Local and foreign. These women have come forward to reveal stories of how they dealt with chikan. To respect their privacy and ensure their safety, we have concealed their names.

Stories Of Dealing With Chikan In Japan

When I was a university student I was on a train heading from Shimokitazawa to Shibuya. After a few minutes on the train I noticed someone was touching me on the hips, but I wasn’t 100% sure, so I kind of waited to see if he kept touching me or not.

After a few minutes, I realized he was definitely a chikan because he started to try to touch my breasts. From that time I was only thinking about how I could catch him. My train got to Shibuya station and everyone was getting off. I moved against the flow of people and stayed on a train.

He was behind me so if I didn’t get off the train, he couldn’t either. After everyone got off, there was only him and me. I grabbed his shoulder bag and asked him “did you touch me?” He said “no,” he didn’t. He kept saying no over and over but I took him to the station staff.

I was shocked at how brave and confident I felt. I remember at that time no one helped me, even though people around me should’ve had noticed that I was fighting a chikan when I grabbed his bag or took him to the station staff. It’s a little bit scary to ask strangers for help, but I think it’s incredibly important.

Related: Japanese people prefer pets over babies, check out why!

I was riding the train in the afternoon and it was pretty empty. A very tall (probably close to 190cm) middle-eastern or Mediterranean looking guy in his 20s or so got onto the train and sat on the seat on my right side very close to me.

He crossed his arms and extended his right hand to fumble on my right breast. First, I was really perplexed and couldn’t believe it because this was such a bold move. I stared at him and he winked. Creeped out I looked away and contemplated my options (while he was poking on). No chance to take him on all by myself.

There weren’t many people in the train who could/would help, mostly elderly women. At that time despite my real age I looked for Jp. people around 20. So there was a good chance that if I made a scene they’d just think that it was a fight between a Gaijin-couple. So I just got out of the train at the next stop.

There I thought briefly about reporting it to the train station staff. Nowadays train-grouping is handled as something very serious. But,  I decided that I wasn’t scarred for life and that I didn’t want to inconvenience the station people somewhere down the train line. At that time it didn’t occur to me that reporting him might have prevented him from victimizing some other girl.

Related: Get a sim card on your visit to Japan, here’s a guide

It was on JR Yamanote during peak rush hour. I was standing in the middle of the car and it was rather packed. I was pressed quite firmly against the people around me. Suddenly, out of nowhere, I feel a hand come back and grope at my penis and start to stroke and caress it.

I was quite shocked but not able to jump back due to how packed we were. I must admit I just stood there and took it for a minute with a combination of shock followed quickly by lust (before I was married of course). Unfortunately I was in a huge rush to meet a business associate for which there could be no excuse for being late (Japan right) and had to get off at the next station.

The train arrives, doors open, and I am pushed out the door by the wave of people. As I am carried out the door I look back and see the face of who was groping me only to be even more shocked at the cute innocent look and subtle smile of the “perpetrator”.

For a second I think to myself “screw my obligation, get back on the train”….but it was too late. The doors shut, the train pulls away and I am left standing on the platform looking like a fool with a tent pole I could hang my briefcase on. It was all so sudden and bizarre that I stood there in a daze for several minutes afterward with mixed emotions.

Related: Here’s a beginner’s guide for you to get at the top of Mt. Fuji

He was crossing his arms but somehow he reached around me and started touching the bottom of my bra, along the inner bra wire. He was slowly sliding his finger back and forth under my bra.

It felt like it lasted for ages. I was frozen, I did nothing, I just got off the train, and went to school. I felt disgusted, angry, confused, but mostly scared.

When I was young, this type of harassment was just something we had to go through in silence. So I’d like to ask people who witness harassment to intervene if they can. I am mad, but not at myself for not standing up to it. I’m mad at the men who get away with it.

Such coming out stories leads to awareness amongst the public. The users of online media and the contributors of online media, all alike, should take it up as their  responsibility to inform and educate people of what constitutes as chikan and how to ask for help when it happens.

An illustration by @ikng_0, an Osaka-based freelance illustrator, took the internet by the storm. The illustration depicts various types of sexual assaulters found on Japanese trains.

This was shared over 43,000 times and encouraged more victims to tell their stories of dealing with Chikan.

Related: If you’re visiting Tokyo, Here’s how your 3 days should look like

Destroying the stereotype — ‘Asking for it’

Say what you want, but now there is proof: women are not molested or groped because of dressing provocatively. The whole ‘asking for it’ argument, so popular and quick to blame women, becomes moot when the arrested chikan in Japan admits and reveals what drove them to ‘target’ a particular woman. In a research led by Ayako Uchiyama, she noted these findings:

First point to be noted was that less than 5% said that a target was noticed because of their provocative style of clothing. When talking about rape, the most common response, 45% of it, was that the victim seemed as if they wouldn’t report it to the police.

With other indecent assault cases, 48% of the offenders responded by saying that the victim was picked because of their demure and meek appearance, like they wouldn’t be able to do anything if someone attacked.

Related: Explore the top shopping districts in Tokyo for your shopaholic selves.

What can women do to deal with Chikan?

These offenders and assaulters take advantage of the knowledge that the victim will not talk to anyone about it. One way to break the pattern is to actually speak up. Make a scene that will stop chikan in Japan.

If you feel like you’re being groped in a public space, just raise your voice and catch the attention of fellow passengers. In most cases, someone will come to your aid and shame the assaulted. Stories of dealing with chikan in Japan is quite common now.

Of course, sometimes you really can be too scared to say anything. Just try to remove yourself from the situation. Don’t be afraid of crying and ashamed of being upset. You’re entitled. Your security and personal space have been violated.

Open up, talk to people about it. It is often found that sharing such occurrences can help to deal with the trauma experienced after being assaulted.

All these stories of dealing with chikan in Japan is real and can happen to any woman if measures are not taken strictly. 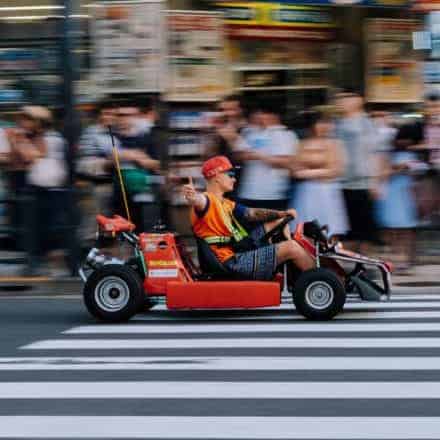 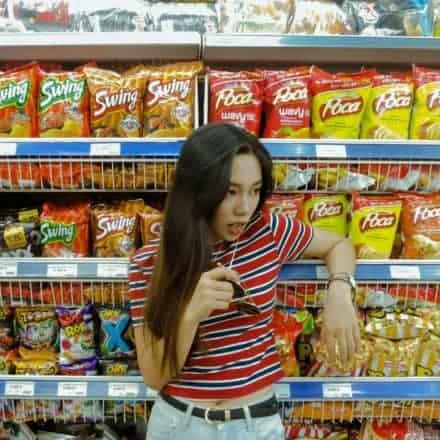