When I was first introduced to manga I had my fair share of doubts despite it being just reading material, unlike any other book. However, I learned that manga is way different from the English story books or novels we read and it in fact is more complex and lengthy.

The two most common terms in manga are manga volume and manga chapter and one begs the question if they have the same meaning.

A manga volume is completely different from a manga chapter and if you’re eager to know the differences between them and how they work in the manga industry then read further below.

We’ve discussed their differences, how long they should be, and everything you need to know about the topic down below.

What Is The Difference Between Chapter and Volume In Manga?

To put it simply, a manga volume is a collection of chapters, while a chapter is a single instalment of a manga series.

The volume of a manga consists of several chapters, allowing readers to view a single volume as their own personal compilation of the full story. Generally, manga volumes are broken up into four to six chapters; however, some longer series may have more.

To complete the entire story, multiple volumes of the manga must be read. Each volume contains its own conclusion, which leaves readers with a sense of satisfaction and anticipation for the upcoming volume.

A manga chapter is one segment of the story which carries the plot throughout the series, and is released weekly or monthly usually in a magazine.

Meanwhile, a manga volume is the entire accumulation of manga chapters piled into a single book which is often called tankobon volumes.

What Is A Manga Chapter?

An interesting fact about chapters in the manga is that they are released on two bases such as weekly and monthly. The publishers of a weekly manga release manga chapters in magazines every week while a monthly manga releases chapters only once a month.

However, this isn’t a stipulated rule, and the number of pages for each chapter released by weekly and monthly manga can differ based on the publishers, editors, and manga artists.

Most manga books initially start off by publishing manga chapters before publishing the manga volume.

How Long Is A Manga Chapter?

The length of a manga chapter depends on various factors like its releasing frequency, page layout, and the interests of the manga artists, editors, and publishers as well.

If it’s a weekly manga the chapters are bound to have fewer pages compared to a monthly manga chapter and we’ve discussed why it’s the case.

In addition, the length of a manga chapter can also be influenced by editors and publishers. Since manga chapters are released in magazines, the publishers will have a say on the chapter’s length because they’d like to continue the manga series if it’s more profitable.

And if a particular manga series has a huge fan base then persistent publishing of a manga chapter could mean more magazine sales for the publishers.

The page layout followed by manga artists also has an impact on the length of a manga chapter. Some publishers would want to lower the costs of publishing and hence the manga artists might have to fit all their works into a few pages.

The manga artists are also allowed to drag the panel layout if the publishers are happy with it.

How Many Chapters Are There In A Manga?

Again the number of chapters a manga should have is dependent upon several factors like its releasing frequency and how long the publishers, editors, and manga artists are willing to continue the manga plot.

What Is A Manga Volume?

A manga volume is the collection of all the chapters of a manga series published in the magazines.

All the released manga chapters are either collected in a single manga book or a tankobon volume to make it convenient for the readers to access their favorite manga in one piece.

Manga volumes are usually printed in black and white to reduce overhead costs. A manga can have a varied number of volumes depending on the story length decided by the manga artists and publishers.

For instance, One Piece is one of the popular manga to have a lengthy plot and it has over 100 tankobon volumes and it’s bound to have more volumes in the future.

The main reason for a manga to release in volumes is due to its accessibility. This is because international readers cannot keep up with the manga chapters being released weekly or monthly in Japanese magazines.

Likewise, even Japanese readers who don’t like waiting for manga chapters to be released weekly or monthly might prefer reading the entire volume after it’s released instead.

How Long Is A Manga Volume?

As we mentioned above, a manga volume is a collection of manga chapters released in magazines either weekly or monthly.

Since a manga volume is released after the initial publication of manga chapters, the page layout of manga volumes can be contrasted to the page format followed by the magazine publishers.

In this case, it could mean that a manga volume can either have far more or fewer pages.

Furthermore, a manga volume would be released along with a few other special contents for readers like bonus chapters, trivia, fun quizzes, and comedy sketches. This can potentially increase the number of pages and ultimately increase the length of the manga volume itself.

How Many Volumes Are There In A Manga?

This is a question that solely depends on the number of manga chapters that have been published.

This is because a manga volume is only a complete volume until all the manga chapters that have been published are collected in a single manga book or tankobon volume.

A manga series can have between 80 to 100 volumes if it’s a manga with a continuing story plot and some famous manga series have even reached the 100 mark by publishing more volumes.

Any manga series that has a volume count below 10 are considered short manga stories.

However, there is no specific rule that states a manga volume should have a fixed number of manga chapters for it to be a completed manga volume.

How many chapters make a volume in a manga?

The issue arises when fans try to determine the number of chapters that constitute a single volume in a manga series. The answer can vary greatly and is generally dependent on the original length of the story arc and how many chapters are usually included in each volume.

As a general rule, manga stories of short length can have anywhere from three to five chapters, while more lengthy storylines can consist of anywhere from twenty to thirty chapters, or even more. This is in contrast to a western comic book series, which typically consists of a single story arc and rarely has more than five chapters.

Manga chapters are usually typically numbered and published in a series of monthly or bi-monthly magazines. Once the manga series has reached a certain number of chapters, it is often collected and published as a single volume.

This would be the case for most popular manga series that have been running for several years.

In contrast, newly released manga series often continue to be published in monthly magazines for a certain amount of time before being collected in a volume, meaning each volume typically contains fewer chapters.

If a series has been running for a few years, chances are it has been collected in volumes, and the number of chapters in each volume depends on the length of the story arc and how many chapters have been published so far.

Is manga sold in volumes or chapters?

When it comes to purchasing any type of manga, there is often a lot of confusion around whether it should be purchased in volumes or chapters.

As we’ve already discussed, a manga volume is usually composed of several individual chapters, with perhaps a few bonus pages at the end of the volume, or a colored insert. A volume usually contains roughly five to eight chapters, and can vary depending on the manga and its publisher.

Chapters, on the other hand, are much smaller parts of the story. While a volume is considered a complete edition of the manga, a chapter typically composes a single part of the story. They are generally shorter in length than the average volume, and are typically illustrated with only a cover page. Chapters are generally released weekly and have a smaller price tag than volumes.

For those who are just starting out collecting manga, buying manga chapters is often the best way to go. Since a chapter is a smaller part of the overall story, it can be more affordable and easier to keep up with. However, once the story is complete and the manga is released in print, a volume is often the recommended purchase, as it contains all of the chapters in one collection.

What is a volume in a manga?

A volume in a manga is a collection of chapters combined into one manga book. Manga series are published in Japanese magazines either weekly or monthly and when a manga is deemed popular, all of its chapters are collected into a volume called the tankobon volume.

Are volumes the same as chapters?

How are manga chapters released?

How many pages are there in a manga chapter?

Is there a manga with only one volume?

If you’re not a fan of stories with a rally long arc, you can check out mangas that have only a single volume that you can start and finish quickly. Some of our recommendations for mangas with only one volume are: Paradise Kiss By Ai Yazawa, Lovesickness By Junji Ito, Dororo By Osamu Tezuka, Helter Skelter By Kyoko Okazaki, And Clover By Clamp

There are lots of mangas for you to choose from that contain only 1000 or a little above. Detective Conan has just a little over 1000 chapters at 1,100 chapters.  One piece is another great anime with about 1050 chapters.  Silver Fang -The Shooting Star Gin anime just crossed its 1000 chapters mark with a current total of 1001 chapters out. 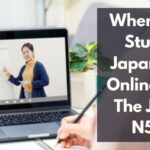