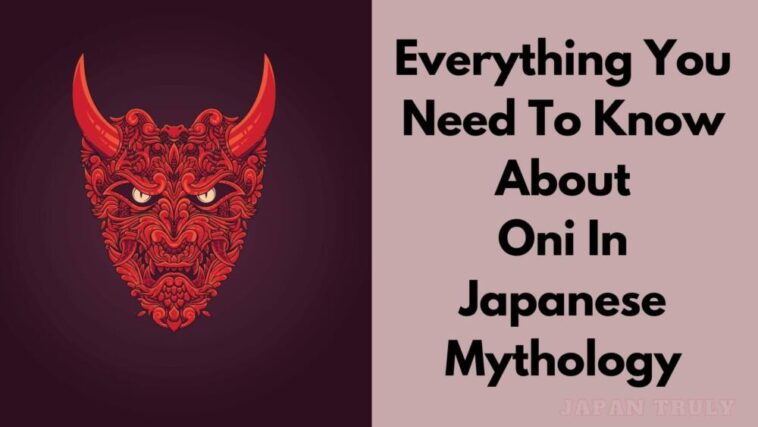 Any mythology involves fantasy stories like fairy tales and demons and similarly, Japanese mythology also features a wide plethora of intriguing stories that ought to be known. One such myth is the story of Oni who’s a popular demon in Japanese mythology.

Oni in Japanese mythology is known to have a terrifying appearance that can scare anyone instantly just by watching them. This demon holds a significant position in Japanese folklore and its characteristics are portrayed distinctly in various narrations.

If the myth of Oni has caught your attention then we’ve brought you everything you need to know about this demon. So keep reading further down below!

What Is Oni In Japanese Mythology?

According to Japanese mythology, Oni is a type of Japanese Yokai that have a daunting appearance and a barbaric nature. Yokai is the Japanese term for demons and they can also mean shapeshifters, ogres, evil entities, ghosts, etc.

The Japanese word Oni is written in kanji characters as 鬼 and it can be translated to the English language as ogre or troll.

Oni is a significant character in Japanese mythology as they’re prevalent all across Japanese literature, art, history, drama, and even in modern depictions like anime and manga.

If you’ve read stories regarding Oni in Japanese mythology you’ll know that they’re portrayed as fierce creatures with an appalling appearance that have demonic instincts such as cannibalism and preying on humans.

Oni by nature are known to carry bad omens like tragedy and bad luck and even seeing an Oni in your dream is interpreted to be a bad sign.

The physical attributes of Oni can vary from narration to narration and also with time. Early manuscripts of Japanese mythology narrate Oni to possess a different set of characteristics compared to the depictions we’ve seen and heard in recent times.

Despite the alteration in Oni’s physical appearance, one can still say that Oni is definitely a demon with a frightening face and physique that can instill fear in our hearts instantaneously.

However, don’t let that worry you because you won’t be seeing an Oni anytime soon. Or will you? We may never know.

Appalling Appearance of Oni the Ogre

The appearance of Oni is a widely talked about topic and we might also say that it holds some controversies. Stereotypically, demons are depicted to have a muscular and massive appearance, with curly medium hair, pointy teeth, large horns, and red skin.

See also  10 Japanese Mascots You Need To Know About!

Nobody ever knows how as humans we came up with such a terrifying appearance for a demon but we can all agree that it makes the demon look much more spine-chilling than they sound.

And just like we described, Oni in Japanese folklore also has a similar appearance to stereotypical demons and Oni wears a loincloth that’s either made of animal fur or skin, especially tiger or leopard fur.

It’s also mentioned in Japanese folklore that Oni possesses a dangerous weapon which is a kanabo club made out of iron which aids Oni to attack its prey and rip them apart.

Modern depictions of Oni indicate that Oni might also have the face of a bird or a monkey without horns or sometimes with a small hump.

The color of Oni can also alter from red to blue, black, or yellow. It’s also said that there are only two types of Oni such as the red Oni which is called “Aka Oni” and the blue Oni “Ao Oni” and they’re known to be slaves of a demon king called Emma Dai.

Most religions widely speak of angels and demons and Oni has made a special appearance in Buddhism in which the demon is said to possess a different set of characteristics.

Buddhism is one of the largely practiced religions in Japan and it had influenced Japanese culture significantly.

After Buddhism became the prime religion in Japan, Oni started to have a different image which made Oni look more or less scarier.

The most common depiction of Oni in Buddhism is a large humanoid figure with red skin, a round belly, two large horns, with cuffs on its wrists and ankles. Oni’s depiction in Buddhism also seemed to have earrings and a large spiky rod as its weapon.

Oni also had certain animal characteristics derived from demons in Hindu mythology like Kirtimukha. The large mouth of Oni was enough to scare away children and even grown adults.

The origin of Oni is quite a complex topic and the narrations of Oni’s characteristics and myths are syncretized. This means Oni doesn’t belong to one group of beliefs but two such as Hinduism and Buddhism.

As we mentioned above, when Buddhism was prevalent in Japan the folk tales of Oni were more likely influenced and the depictions of Hindu and Buddhist demons were similar to those of Oni.

For instance, the Yakshas were a popular class of demons in Hindu mythology and they’re also a common category of demons in Buddhism as well.

The Yakshas can be either holy or malevolent and the holy Yakshas abide by the laws of God while the evil ones spread mayhem across the world.

The evil Yakshas seem to have a close relation with Oni as they have similar physical attributes to the Japanese demon. Furthermore, the Yakshas also feed on humans and scare them just like how Oni does it.

It’s also believed that a sinful human being is transformed into an Oni after death and lay in hell forever while the most wicked of human beings transform into Oni while they’re alive.

When an alive human being transforms into an Oni they wreak havoc and cause trouble to other people and even give in to their demonic instincts.

However, some Japanese Buddhism scholars state that Oni is only of Buddhism origin and not influenced by other religious concepts. Therefore, we can’t conclusively rule out the origin of Oni since there are several schools of thought.

Is Oni A Yokai?

We mentioned above that Oni is a type of Yokai but there are certain explanations that state Oni may not be a Yokai. To start off, Yokai is the Japanese term for demons, ghosts, or shapeshifters.

However, the word Yokai doesn’t have a single meaning hence the origin of Yokai can differ. This means the term Yokai can be used to refer to any supernatural creature and doesn’t only limit to one.

In addition, Yokai in Japanese mythology have several classes of demons and some of them can even be nice or harmless towards human beings such as Bakemono which is a shapeshifting Yokai, and Shirime a Yokai that has a funny appearance that scares humans for fun.

However, Oni is a type of demon that has sheer contempt for humans and never likes to make friends with a human unless Oni attempts to shapeshift and lure a human by pretending to be nice.

The main motive of Oni is to feed on humans in a single gulp and bring calamities to the human world like disasters, plagues, war, famine, etc.

Oni can be categorized as another class of Yokai since it’s a demon with evil attributes and it can also be different from the rest of the harmless Yokai as well.

Oni in the Modern Times

In the current era, Oni is nothing but another form of entertainment. Despite its hideous appearance and attire, Oni is one of the major attractions in some Japanese festivals such as Setsubun which is a festival to mark the beginning of the spring season.

If you happen to visit Japan during this festival you can witness how some people cosplay as Oni as they presume it can ward off evil and bad luck from affecting them. It’s definitely a scene to see where the cosplayers would perform entertaining activities.

Oni has also appeared in a couple of popular anime series like Demon Slayer: Kimetsu no Yaiba where Oni are the primary culprits. In addition, two Oni also appear in Dragon Ball Z wearing a t-shirt and a short that seems to have a comical appearance.

Despite its appearance and real nature, we can conclude that Oni is just another fantasy creature with an entertaining story.

All About Oni In Japanese Mythology: FAQs

What is the Oni known for?

Oni is known to be one of the popular demons in Japanese mythology that possess animalistic features and a barbaric nature. It’s widely believed to be an ogre that preys on human flesh and wreaks havoc by causing calamities like disasters, famine, wars, and plagues. Oni is extremely malevolent which causes it to murder and give in to its cannibalistic instincts.

What does Oni represent in Japan?

Oni is a Yokai in Japanese mythology which represents a diabolical demon. Oni is massive in size and possesses a muscular figure with a large round belly and has a kanabo club which is a large rod as its weapon. It’s believed that Oni feeds on humans and can cause calamities on Earth making it a deadly demon.

Oni are a class of Yokai in Japanese mythology and the definition of Yokai is infinite which means the word can have countless meanings such as demons, ogres, devils, ghosts, etc. There are Yokai in Japanese mythology that don’t harm humans but just like to scare people. However, Oni is a type of Yokai that is diabolical by nature and possesses an appearance like a beast and it preys on humans for food. 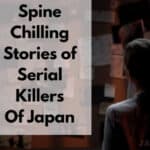 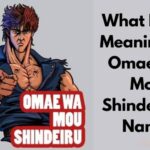