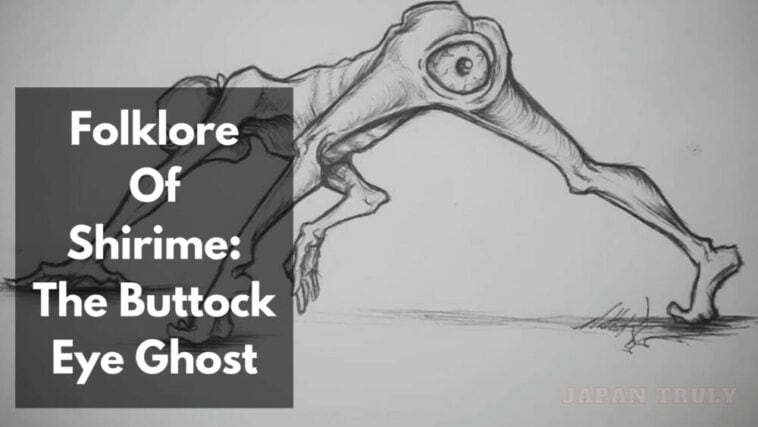 Here’s everything you need to know about the folklore of Shirime: The Buttock Eye Ghost!

We’re all aware that Japan is a country with intriguing culture, lovely people, delicious foods, and tech-savvy aspects. But do we know anything about old Japanese folklore or any myths in early Japanese history?

Pretty sure not a lot of us are entirely aware of the ancient Japanese culture and the stories surrounding it.

For those who aren’t familiar with myths and fantasies of ancient Japanese culture, you’re missing out a lot.

One popular Japanese folklore is the myth of a creature named “Shirime” who’s also known as the “Buttock Eye Ghost”. Well, that’s an interesting name for a mythical creature you might think but wait till you know the entire story of this bizarre creature.

If the name “Buttock Eye Ghost” has caught your attention then read further down below because we’ve discussed everything you want to know about this demon.

Who or What is Shirime: Buttock Eye Ghost?

Shirime is a popular mythical creature in Japanese folklore that’s known to be a Yokai.

A Yokai is a group of mythical creatures that are prevalent across ancient Japanese myths and Yokai in the English language can mean monsters, demons, ghosts, and sometimes even shapeshifters are referred to as Yokai in Japanese folklore.

Since the Yokai consist of different classes of demons or monsters, they can either be completely good or malevolently evil and it’s the evil demons you need to stay away from.

These Yokai monsters also possess supernatural and mystical powers that can help them shapeshift, disappear or even scare people using these powers.

Shirime who’s an infamous Japanese Yokai also possesses strange powers that let him scare the life out of people.

The Japanese word “Shirime” is written in kanji letters as 尻目 and it literally translates to “buttocks eye” in the English language.

This is because Shirime is said to have a huge eyeball placed in its butt and this has got a lot of people wondering if there really is a demon like Shirime.

The kanji translation for Shirime in English can also periodically mean “looking down” which is understandable due to where the eyeball is placed.

Some schools of thought within Japanese folklore also believe Shirime to be a weird animal who has the ability to shapeshift just so it can scare humans.

Now that we know Shirime is a demon it’s best we familiarize ourselves with the appearance of this crazy demon so that we can identify it in case we witness it someday.

As we mentioned above, Shirime is a demon-like creature that’s believed to have a large eyeball on its backside.

But what about its face and physique? What do they look like? That’s the most intricate and intriguing part about this demon.

In Japanese folklore, it’s mentioned that Shirime has the physique of a normal human being, and it wears a kimono to look more human from afar which helps it to entice people. However, its face is completely blank.

This means that Shirime has no face or any facial features such as eyes, nose, lips, or anything.

This particular fact about this demon makes it even more terrifying to think about. You might think how Shirime can see if it has no face.

Well, it has a huge eyeball on its buttocks so that definitely wouldn’t be an issue for a monster like Shirime.

Origin of Shirime in Japanese Folklore

It’s quite unclear when the myth of Shirime was established in Japanese folklore. It’s presumed to be dated way back to ancient times and the story got its fair share of additions by several people afterward.

In the 18th century, a Japanese poet named Yosa no Buson was very much intrigued by the myth of Shirime and he began drawing paintings of Shirime in his works. There’s a famous story about Shirime that’s believed to have been written by Yosa himself.

The story of Shirime involves a samurai who was walking late at night on the streets of Kyoto and he heard someone call him and ask him to wait for a moment.

As the samurai turned to look he saw a normal human being with a kimono but the samurai was prepared with his sword to fight if the person posed any threat.

As the man came closeby the samurai was bewildered to see the man didn’t have any facial features. Before the samurai could move, the entity lifted its kimono up and turned around, and bent over with its buttocks high up.

The samurai saw a huge, bright, blinking eye in the butt that stared straight at him. As anyone would do at the moment, the samurai ran for his life.

This was said to be the first-ever encounter a human has had with Shirime and there have been no other encounters reported since then. Hopefully, none of us are destined to witness what the poor samurai had to.

Let’s admit it, we all like to prank our friends and see them get frightened and Shirime has similar likes too.

Shirime has certain conditions when scaring people. It loves to scare people at night, especially if they’re lonely travelers from different areas.

This is because the travelers are usually unaware of the stories about Shirime hence this demon finds it convenient and thrilling to scare people who’re unaware of Shirime’s atrocities.

How Does Shirime Frighten People?

As mentioned before, Shirime has a set of criteria when attempting to scare people and we’ve broken it down below:

Although eye in the butt makes Shirime sounds like a hilarious clown, we’ve to admit that witnessing something like that would hands down shock and terrify anyone and we have no other options than to run for our dear lives.

The Other Version of Shirime

Remember we talked about Yokai in Japanese folklore earlier? Well, here we have a different story about another Yokai which is possibly a different version or relative of Shirime.

This version or relative of Shirime is called Noppera Bo and in Japanese legend, the Noppera Bo is known to be a Yokai that’s faceless just like Shirime.

However, the way Noppera Bo scares people is completely different from the silly actions of Shirime.

Meanwhile, we have Shirime who likes to flaunt his backside to people in the name of scaring them away.

How Do The Japanese View Shirime?

It’s wise to believe that ancient Japanese people would’ve believed in the folklore of Shirime. Some people also believe that the legend of Shirime was nothing but a bizarre imagination of a person or group of people to scare people who travel during the night.

It also could be to frighten children who go outside their homes at night and to avoid them from doing so, the parents might have come up with such a story.

In recent times, the story of Shirime is perceived contrastingly among people. You’ll find some people who think it’s all fun and games to talk about such mythical demons and there are some who just view the myth of Shirime as a disgusting aspect of Japanese folklore.

Not a lot of Japanese people are fans of such myths and it’s sometimes considered disrespectful to speak of such demons when carrying out a normal conversation.

However, among meme makers, the image of Shirime is a popular tool to create more funny images and scenarios for the butt-eyed demon.

The myth of Shirime is nowadays seen as just another way of making people laugh instead of being terrified like it was supposed to be.

Shirime In The Japanese Entertainment Industry

Although the legend of Shirime is one of the popular stories in Japanese folklore, it’s obvious to say that we haven’t encountered any scenes or depictions of Shirime the butt-eyed monster in any anime or manga series.

We all know that most anime series have creative plots with characters that are designed eccentrically but no character has been designed to look specifically like Shirime.

However, an anime film named Pom Poko, released in 1994 featured a scene where we can see a creature like Shirime with a large yellow eye on the butt appearing out of a trash can.

This was only a cameo scene of Shirime and since then none of the popular Japanese entertainment content has featured Shirime.

The reason for this could be due to the lack of potential a character like Shirime has. If you think about it, what can a character with a huge eye on the butt without many superpowers do in an anime or manga series?

And that’s it about our butt-eyed monster legend, what would you do if you saw Shirime in real life? Laugh out loud or run for your life? 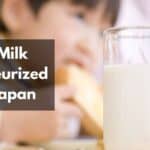 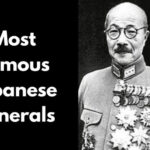