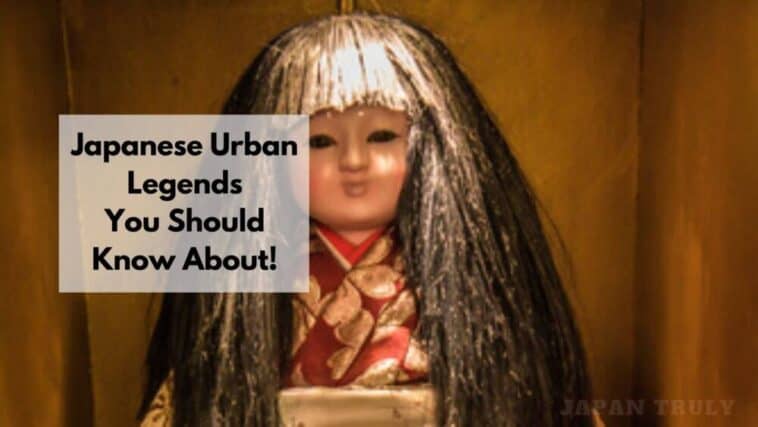 Here is a list of Japanese urban legends you should know about! Check it out!

We all love listening to a good story that keeps us entertained and when it comes to urban legends, we can’t help but dig to know more about them despite the terrifying details they hold.

Japanese urban myths are quite intriguing and they sure would keep you awake at night. Ancient Japanese folklore also includes countless myths of monsters, ghosts, and evil entities.

Most urban myths are passed orally hence there are multiple variations to each myth. Despite the credibility of these myths, they’re definitely going to send fearful chills down your spine.

If you’re planning on reading further, then good luck. There are some graphic details that can be disturbing. Brace yourselves and read cautiously to find out which urban legend is more terrifying!

Let’s begin with one of the most popular urban legends in Japan which is still believed by countless people nowadays. I’d like to call it the human-spirited Okiku doll and learning about this urban legend definitely messed up my mind.

In 1918, a boy named Ekichi Suzuki purchased a doll for his younger sister Kikuo and the doll had a bob cut that perfectly resembled Kikuo’s hairstyle.

Kikuo was greatly in love with her new present and never stayed a day without it. However, unfortunately, Kikuo died due to an illness, and the doll was kept in a shrine as a remembrance by her family and they named it Okiku.

To this day the Okiku is situated in the temple and displayed to visitors. The priests at the temple give haircuts to Okiku and some claim the hair to have grown even longer than its knees.

If you’re intrigued by the legend of Okiku you can visit the temple to see the possessed doll. It has an eerie appearance and some people claim to have nightmares after seeing Okiki, therefore visit the temple at your own risk.

Similar to the Ouija board we’re all familiar with, Japanese urban legends also consist of stories that feature entities conversing with humans through objects, and in this case, it’s the Kokkuri board.

See also  Why Do Japanese Women Have High Pitch Voice?

Kokkuri was quite a popular horror board game during the Meiji period in Japan. The spirit that communicates through the Kokkuri board is claimed to be a hybrid of a dog, fox, and raccoon and is called “Kokkuri-san”.

Thus the spirit has three different personalities such as being cunning as a fox, mischievous as a raccoon, and terrifying as a growling dog.

Kokkuri boards are still a sensation among school kids who create their own boards written in hiragana characters. A coin is used on the board and all the players must place one finger on the coin and ask a question from Kokkuri-san.

After the players decide to end the game they must say goodbye to Kokkuri-san and dispose of any items that were used when playing immediately. Otherwise, the players are destined to meet a path of fatal outcomes.

There have been several cases of missing children which were linked to Kokkuri boards.

The Man in the Red Cloak / Aka Manto

Afraid of going to the bathroom alone? Well, you’re safer in your bathroom than public or school bathrooms which are infamous for being haunted.

The spirit that haunts school and public bathrooms is a male spirit named Aka Manto who’s known to wear a red cloak and a mask. Aka Manto loves to haunt the women’s bathroom, especially the last stall.

A clever tactic because women are more fearful of ghosts and choosing the last bathroom stall means the victim can’t escape easily. Aka Manto scares his victims in the bathroom by asking them if they choose red or blue toilet paper.

The only way for you to escape death is to decline Aka Manto’s offer and run away from the bathroom as quickly as possible.

The chances of Aka Manto appearing in your bathroom is less likely to happen, however, it’s best you still be careful.

The Ghastly Tale of Teke Teke

Think the urban legend of Aka Manto is frightening? Wait till you hear about the tale of Teke Teke which will literally send chills down your spine.

Teke Teke is a folk story about a young woman or school girl in Japan who died after falling on a railway track when a train ran across her body which split her body in half.

Due to her untimely death, she became an “onryo” which is Japanese for vengeful spirit and wanted to seek revenge on bypassers around railway stations, especially at night.

Teke teke is claimed to frighten people by moving the upper torso of her body with the help of her hands. She’s known to be extremely professional at this and can catch you if you don’t run fast enough.

The reason for this spirit to be referred to as “Teke Teke” is due to the sound she makes when she moves her body. If you were to take a train at night in Japan and you hear a “teke teke” sound you know that she’s near you.

The only way to escape from Teke Teke is to run as fast as you can and if you were to get caught by her, she’s going to split your body apart with a scythe.

The Haunting Tunnel in Inunaki Village

When speaking of urban legends, we must also speak of haunted areas or buildings. And that’s why we’ve brought you a mysterious case of a tunnel in Inunaki Village.

Inunaki is a village that’s located in the Fukuoka Prefecture which is a rural area and creepy stories involving a tunnel in the area have been speculated on the internet during the late 90s.

Another horrific incident involved the murder of a 20-year-old man which made people believe that the tunnel was haunted by the young man’s spirit.

People who have passed through the village have complained about sudden vehicle breakdowns and even their electronic devices acting up out of the blue.

To avoid any shady activities around the area, the government of Japan has placed massive concrete blocks to cover the tunnel.

There are reportedly several creepy incidents that have occurred in the tunnel. Even today the Inunaki Tunnel is ranked among the top 10 list of haunted places in Japan. If you’re planning to make a visit, do it at your own risk.

Jinmenken is Japanese for human-faced dogs. Yes, you read that right, dogs that have human faces. They’re a popular Japanese urban legend that’s still believed by a fair share of people.

These Jinmenken dogs are said to appear on highways and they chase vehicles late at night. After chasing and overtaking the vehicles, the dogs turn around to show their human faces to creep out the drivers.

Imagine seeing a dog with a human face on the street late at night, it surely will freeze you for a moment.

The myth of Jinmenken came into speculation in several variations. One variation of the myth mentions that Jinmenken is the adverse result of a failed genetic experiment involving a human being and a dog.

As a result, the dog adapted to the face of a human. Another version of the story claims that a man walking a dog was met with an accident and the spirit of the man possessed the dog thus the hybrid appearance of the creature.

Sometimes Jinmenken creatures are also used in comedic contexts as well. No matter the version and context of the story, witnessing a Jinmenken is definitely going to bring you bad luck.

Several accident cases on the highway are blamed on Jinmenken because after witnessing such a horror anyone would be petrified enough to drive properly which as a result has caused deadly accidents.

What are the most famous Japanese urban legends?

Urban legends are quite popular in the Japanese culture and some of the most famous urban legends that are bound to keep you awake at night are:
Okiku Doll
Kokkuri Board
Aka Manto
Teke Teke
Inunaki Village
Jinmenken

How do you avoid Aka Manto?

Aka Manto is one of the famous Japanese urban myths which involves a male spirit wearing a red cloak and a black mask haunting public bathrooms, especially the last stall of a women’s bathroom. Aka Manto is known to scare people by asking them to choose between blue or red-colored papers. Choosing either of the papers will result in the victim dying an agonizing death. The only way to avoid Aka Manto is to decline his offer and run away.

How do you escape Teke Teke?

The tale of Teke Teke is one of the gut-wrenching Japanese urban legends which mentions a woman being split in half by a train running across her body. The ghost of this woman moves with the upper torso of her body using her hands to walk and scare bypassers at railway stations. The best way to escape Teke Teke is to tell her that her legs are on the Meishin Expressway. 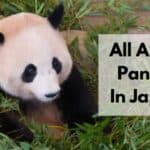 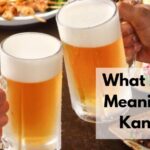