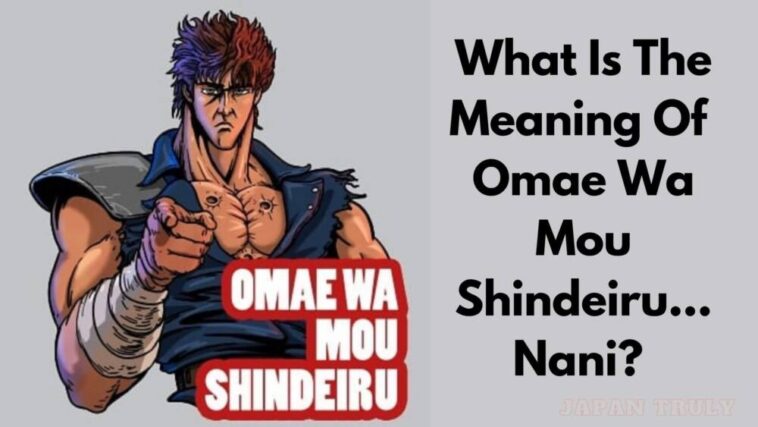 Wondering what is the meaning of omae wa mou shindeiru? This article will provide you with all of the information you need-its definition, where does it come from, its usage and so much more!

Since 2017, there have been a number of videos and memes on the internet with the Japanese  phrase- ‘Omae wa mou shindeiru’ followed by some strange noise and a nani. Are you feeling a little lost or confused? Don’t worry. I am going to break down  the meaning of this phrase and the story behind its origin.

The phrase and famous meme originated from the hit manga series-“Fist of the North Star.” It depicted some of the best fight scenes ever drawn.

After hitting the bad guys on certain pressure points, the hero of the series Kenshiro uses this famous phrase; ‘Omae wa mou shindeiru’ which literally translates into ‘You are already dead’.

What Is The Meaning Of OMAE WA MOU SHINDEIRU… NANI?

What Is The Exact Meaning Of  Omae Wa Mou Shindeiru… Nani??

The expression Omae wa mou shindeiru [お前はもう死んでいる] which means you are already dead is used by the main character Kenshiro, a martial arts master in the hit 1983 Japanese manga and anime series called Hokuto no Ken.

The nani what is seen in the memes is only a reaction of the villains saying-What? This is actually similar to the 1991 American hit movie Terminator 2 where the hero says Hasta la vista(Go to hell).

Let me break the phrase down further:

The first word used is- Omae ( お前 ) which is considered a  vulgar way to say ‘you’ in Japanese. It is more common to use another person’s last name in place of a pronoun but you won’t find this rule of decency in anime series. The male term for ‘you’ is Omae.

In Japanese, words are spoken differently based on gender. Since this word is pretty rough, you will usually find men using it on shows or women who have a rough edge to their personality. So, you probably should not use it when talking to somebody which makes perfect sense why it is used on the enemy in anime.

Next, we get mou (もう) which means ‘already.’ It has some fascinating connotations in the Japanese language and is used when something was in one state of being, but now is in a different state of being.

Finally,we have shinde iru (死んでいる) which means someone is dead. The Japanese  word 死ぬ is the ‘verb form’ for to die. Here it is combined in the iru-verb いる  and is in its  te-form of 死んで which is exactly like the -ing ending in English.

The literal translation of this word into English does not exactly go with its Japanese meaning. In the sense, 死んでいる doesn’t mean ‘dying’ because it actually refers that “someone ids in ‘the state of being dead.’

Where does this phrase actually come from?

Although it is already mentioned before, this phrase comes from the popular Japanese manga 北斗の拳  Hokuto no Ken or Fist of the North Star. For those of you who are unaware of the term manga, it is the Japanese version of comics and graphic novels).

This phrase is similar to a familiar Star Wars phrase: ‘May the Force be with you’, and some other English-language film catchphrases.

I have seen a little bit of the series myself and while it is an older anime in both story presentation and style, I can honestly say that I enjoyed it and would recommend it if you are a sucker for action genre and anime in general.

Hokuto no Ken first made his debut in 1983 and remained a popular series until the mid-2000s. Believe it or not, many Japanese people are still familiar with the manga series.The manga consists of violent scenes and the main character Kenshiro kills his enemies very quickly using his superior martial arts fighting skills.

‘Omae wa mou shindeiru’ is the phrase he uses when he beats his enemies and kills them. This is a very important phrase in the story which indicates the villains don’t stand a chance against this powerful hero.

This phrase was even popular among school boys who used to shout ‘omae wa mou shindeiru’ in the school hallways.

If you go on to Youtube, the very first clip will give you an idea about what this is all about. It is a very short clip where the hero (who already hit the villain with a few punches and on his vital points) says the phrase and walks away when the villain says, ‘nani’ only to explode a few seconds later.

In the 2000s, ‘Omae wa mou shindeiru’ became a popular  anime meme because the show began to air again so fans took an interest in the hero Kenshiro. The meme received a lot of responses by fans who posted-NANI.

How to use OMAE WA MOU SHINDEIRU… NANI appropriately?

In the manga and anime, the hero Kenshiro uses the phrase aggressively because he looks down on others and has a  superior ‘I am better than you’ type of attitude. It is an informal way of speaking and is considered more of a slang than polite vocabulary.

So, keep in mind that the Japanese people DO NOT use this popular phrase in conversations simply because it is impolite to use informal language in Japan.

Perhaps thirty years ago, people would have used the phrase in manga-related conversations, in jokes or even casual discussions. But today, it has fallen out of the common vocabulary.

The younger generation are totally unfamiliar with this series and the entire context of ‘omae wa mou shindeiru.’ So you can use the phrase if you find yourself among a group of manga and anime fans or can be used in a playful context around some middle aged group of people who are aware of the term.

Who knows, you may even get a reaction from them by saying ‘Atah’ or ‘Hidebu.’Just be careful while saying it to a younger crowd as it might be taken offensively if people aren’t familiar with it.

There’s a specific Shochu (Japanese distilled alcohol)  brand called ‘Omae wa mou shindeiru’ which features the face of Kenshiro as the face of the drink. Some other bottles also feature other beloved characters from the series.

Shochu is very  similar to vodka, and can be also distilled from all kinds of main  materials like rice, buckwheat, sweet potato and barley.

It is not as expensive as compared to other alcoholic beverages, and you want to know the best part? The hangover isn’t so bad which makes it the perfect drink for special occasions and parties.

The right way to drink Shochu is to mix it with lemon or the Japanese pickle called Umeboshi, and crush ice in the Shochu, then drink it. YUMM!

You will also find other catch phrases from the series on these bottles like ‘Waga shogai ni ippen no kui nashi’ which means ‘My life has no regrets at all.

Now that you know what this famous catchphrase means, you will be able to use it on your opponents. The next time you are pissed off at a friend you can throw this anime phrase at them.The phrase is disrespectful ,authoritative, and  bossy, so make sure to only use it in the context of a joke among people familiar with manga.Please do not use this term towards the elderls in Japan since there aren’t any formal words which is essential in the Japanese culture. 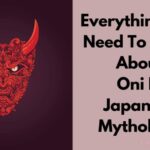