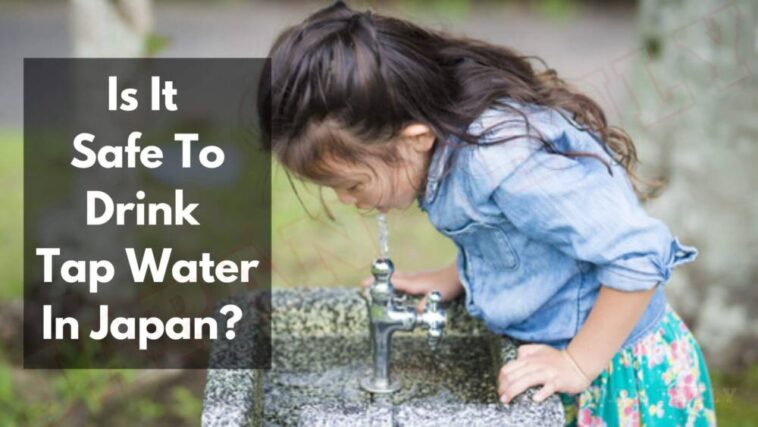 If you’re a foreigner traveling overseas, it’s natural for you to be concerned about your safety in a particular country.

By safety, we not only mean a comfortable place to stay, friendly locals, and a disaster-free country but we also mean the safety and sanitary that comes along with visiting another country.

When traveling to a new country you’re exposed to a new environment where the surroundings, air, water, people, culture, and almost everything would be unfamiliar to you.

No matter the other aspects of the country but when it comes to drinking water, you can’t compromise your health.

Water tastes and feels different in different parts of the world and it also applies to Japan.

So if you’re traveling to Japan and are concerned about the safety level of tap water then worry not because we’ve brought you all the information you need to know about tap water in Japan.

Is It Safe To Drink Tap Water In Japan?

Tap water is one of the main sources of water for people living in Japan. It’s mainly used for countless purposes like drinking, washing, showering, cooking, and whatnot. The Japanese people have been drinking tap water for ages and they don’t find it undrinkable or too strong to consume.

The safety levels of water in Japan are very strictly maintained by the authorities during the water filtration process. Hence, the Japanese people don’t find it unsafe or unsanitary to drink tap water in Japan.

How Safe Is It To Drink Tap Water In Japan?

It’s ordinary to be curious about the safety of tap water in another country and for a country like Japan you don’t have to be overthinking about the quality of literally anything.

However, to ensure that tap water is completely safe to consume in Japan we’ve analyzed the safety standards of tap water in the country.

As evident as it is, the safety standards for water in Japan are extremely high and even higher than compared to most countries in the West. In addition, Japan is one of the top 15 countries to have portable tap water across the globe.

All thanks to the waterworks and water purification departments in Japan who work hard to ensure that water from taps is totally safe to drink and used for several purposes.

The authorities in the departments also make sure to check the pipes and equipment used for the water purification process regularly to avoid any leakages and to clean any build-up.

Tap water in Japan undergoes an intense quality and safety check protocol and this safety protocol consists of a set of 51 criteria that ultimately ensure whether or not the tap water is safe to consume.

The quality and safety check protocol also ensure that any radioactive elements or chlorine residue aren’t present in the water when someone opens the tap to get a glass of water to drink.

Hence, there shouldn’t be a worry about the strong smell or taste and any residues available in the tap water in Japan.

How Is Water Purified In Japan?

Government authorities in Japan have made it mandatory to check the safety and quality of water by imposing strict laws. Hence the water supplying boards and companies ensure to adhere to these laws by following a strict and pristine water purification process to ensure that water available throughout Japan is safe to consume.

When water is purified and disinfected, the water purification authorities add only ideal amounts of chlorine to treat the water from any harmful substances.

This will not only purify the water but also make it more drinkable to the people. Furthermore, adding the required amount of chlorine will also reduce the chances of people coming across traces of chlorine in the water.

The laws in Japan for water safety are quite stricter for public water and tap water than it is for bottled mineral water.

This is because a majority of the Japanese population relies on tap and public water to meet their needs rather than mineral water hence the need to ensure the water meets the safety standards.

Moreover, in Tokyo where most of the people live in Japan, the safety and quality protocols for water purification are firm that the water supply board focuses on over 200 guidelines to provide sanitary drinkable water for the population.

What’s The Texture and Taste of Tap Water In Japan?

Water tastes different in several parts of the world and not just the taste differs but also the texture, smell, and even the contents of minerals. If you’re from a Western country then the mineral contents in the water are highly likely to be more than the water that’s available in Japan.

This can also differ for other types of minerals in the water as well such as calcium, potassium, sodium, iron, etc. Even some areas within Japan are said to have water that tastes and feels different.

Since the water available in Japan has a low magnesium level, this makes Japan’s water soft, and in other words, it’s called “soft water” and water with over 120 grams of magnesium per liter is called “hard water”. Hard water is what’s prevalent across most European countries.

Hence if you’re a tourist from a European country who’s visiting Japan, you’re most probably going to find the taste and texture of the water in Japan quite distinct.

The most noticeable differences would be the smoothness of the water and how it feels on your skin, especially if you’re taking a shower. You’ll also notice how the soap gets foamier when it’s washed with soft water.

Soft water also has great benefits for your skin and hair because evidently, the water wouldn’t be so hard on them.

Soft water also tastes slightly sweet compared to hard water. Ultimately, this also makes the food made with soft water taste much better and not to mention the taste of fish available in Japan which tastes phenomenal.

Other Types of Water Available In Japan

If you’re going to Japan you’re not only limited to tap water hence if tap water doesn’t suit you, you can always switch to other alternatives. There are multiple other water options for you to choose from all across Japan and they are:

Mineral water is available in most countries across the world and bottled mineral water was mainly introduced to help foreigners and locals keep themselves hydrated when traveling.

Bottled mineral water is the go-to option for most tourists and Japan has a large variety of mineral water brands such as Mt. Fuji, Mt. Rukko, and Evian.

Sparkling water is carbonated water that can either be flavored or unflavored. They come in plastic bottles or cans and are an ideal option if you want to hydrate yourself with something flavorful and exciting.

They’re a healthier alternative to soft drinks as well and can instantly quench your thirst.

Well if you’re not a fan of the bland taste of mineral water you can get different aromas and flavored water in Japan.

Usually, aroma and flavor-infused water bottles are sweet in taste and have a citrusy fragrance as well.

There are also chances you might come across yogurt-flavored water in Japan and these aroma and flavored water can either be colorless or of different colors as well.

All of these types of water are widely available in several parts of Japan in convenience stores, supermarkets, and even in vending machines as well. You can easily identify the differences between these water bottles by looking at the packaging.

When visiting a country we ought to know the practices and cultures of the specific country so we can adhere to them and try to be like a local as much as possible.

However, this doesn’t have to apply to everyone and not when one person is uncomfortable with getting used to a different culture.

Therefore, if you feel uncomfortable with drinking tap water in Japan or anywhere else, you can simply choose to buy bottled mineral water.

Is tap water safe to drink in Tokyo?

Tap water in Japan is quite safe to drink because the water has to undergo an intense cleaning and filtration process which ensures the quality of water is completely safe for consumption. In Tokyo city, the water supply board focuses on 200 crucial guidelines to make sure water is drinkable and free from any chlorine residue.

Can you drink water straight from the tap in Japan?

It’s completely safe to drink water straight from taps in Japan. The Japanese government authorities have imposed strict laws that assure the water that’s used for consumption must undergo a pristine purification process that removes any harmful substances. Tap water in Japan must also meet the safety standards of a set of 51 criteria before it’s supplied to the population.

Water in Japan must meet certain safety and sanitary standards before being supplied to the people through taps. The water must undergo strict cleaning and purification process which removes any harmful substances from the water and chlorine is also added to the water to prevent any growth of any microorganisms. The government of Japan also stipulates that the level of chlorine should be 1 milligram per liter to avoid chlorine residue.

Does Japan have soft or hard water? 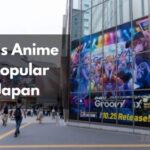 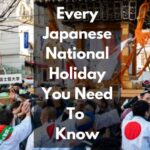