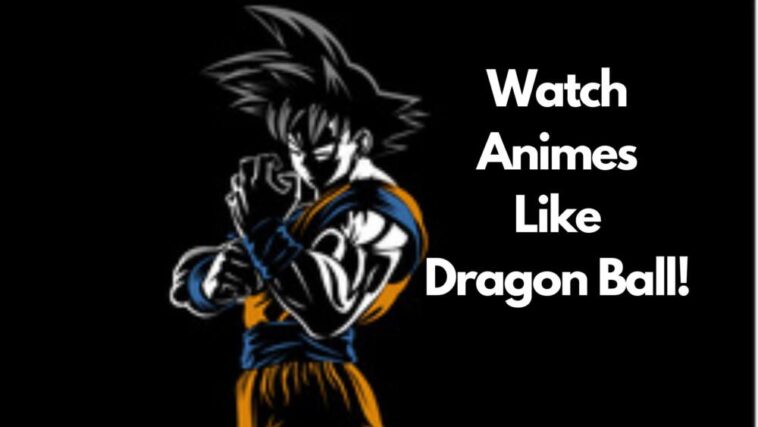 Dragon Ball is one of the greatest animes ever made by Japanese mangakas. Both the mangas and the anime series were a mega-hit that even the next generations to come would speak of it. It has made a great impact on the anime fandom and fans can’t get over the show.

The storyline of Dragon Ball focuses on Goku, who practices martial arts since childhood. Goku meets a girl called Bulma who’d inform him about seven mystical dragon balls which will summon a dragon that would grant wishes.

As Goku embarks on a quest to look for the dragon balls he meets several people and also faces complex obstacles.

We have curated a list of some animes like Dragon Ball for the fans who can’t move on from the legendary anime.

Any anime fan would state that Naruto is one of the animes that aligns along with Dragon Ball. Both animes project intense action scenes and enthralling plots that have garnered a lot of fans throughout the world.

The storyline of Naruto is portrayed in two different storylines. The first storyline focuses on Naruto as a child who trains to become a powerful ninja. Naruto lives in is a fictional world where people are born with magical powers.

Naruto’s parents were highly trained fighters and his mother was a carrier for demon spirit called the Nine-Tailed Fox which was sealed inside her body.

When Naruto’s mother was attacked she lost control of the beast which was released outside. The beast destroyed their home village however, Naruto’s father sealed the beast in Naruto’s body.

As Naruto grew up as an orphan he was considered an outcast for having the powers of the beast and he often pulls pranks on the villagers for treating him that way. As he grew up Naruto sets out to join a ninja academy where the second part of his story begins.

During his years in the academy, he learns how to fight and he yearns to become a talented ninja. He also makes friends and enemies in his academy that would make the show quite interesting with its fighting scenes.

Naruto is an action-packed anime similar to Dragon Ball and it’s bound to have you thrilled till the end.

Hunter x Hunter is one of my favorite animes that has a beautiful storyline. The protagonist of this anime is a young boy called Gon Freecss who believed that both of his parents were dead for all his life.

However, Gon learns from a man called Kite who’s an apprentice of his father that his father is still alive and is a renowned hunter. The activities of hunters would include fighting criminals, hunting treasures, and looking for exotic animals.

After learning about his father’s occupation, Gon sets out of his home in Whale Island and decides to become a hunter like his father.

In order to become a hunter, Gon has to join the Hunter Examination and pass all the intricate tests. In the hunter’s academy, he befriends three participants who are named Kurapika, Leorio, and Killua who have interesting backstories and reasons to become a hunter.

Gon and his friends stumble upon complex tests and challenges during their time in the Hunter Examination. They partake in daily fighting tournaments in order to improve their fighting skills.

They also complete a game where Gon decides to choose the necessary artifacts to reunite with his father.

The fighting sequence and the intriguing storyline are the similarities between Hunter x Hunter and Naruto. You’ll also find the fantasy theme showcasing its beautiful features in this anime.

This is an amazing anime that not only features outstanding action scenes but also laughable adventures of the protagonist.

The storyline of One Punch Man introduces how Earth is filled with chaotic beings like monsters and villains who wreak havoc all over the globe. To combat these evil beings, a man called Agoni who’s a millionaire commences a group called the Hero Association.

The Hero Association employs deserving and powerful superheroes to battle the evil villains.

Meanwhile, the protagonist of this show Saitama lives in City Z where he performs martial arts and helps people with it as a hobby.

Saitama being quite obsessed with martial arts has trained himself with the utmost exercises to become a professional fighter. His persistent training in martial has led him to defeat his enemy with a single punch and hence received the name One Punch Man.

However, Saitama is bored with his talent as it doesn’t offer him the thrill of fighting.

Saitama meets a cyborg called Genos who pleads to Saitama to become his mentor. He hesitantly becomes Genos’ mentor and they both join the Hero’s Association to use their power for good.

Watch One Punch Man to know where Saitama’s decision would lead him to and I guarantee you this anime is everything you’ll talk about afterward.

This is a short dark fantasy anime series that was released in 2007. Claymore features a fictional medieval land where a deadly plague causes humans to become humanoid shapeshifters called Yoma that prey on human flesh.

To put an end to the plague and to save humanity, a strange group called The Organization creates powerful hybrids of humans and Yoma.

These hybrids are mostly females with silver eyes and they wear armored uniforms like warriors who fight in battles. The people in the village would call these warriors, Claymores because they use claymore swords.

Both Yoma beings and Claymore warriors possess similar powers called Yoki which if used excessively would cause them to reach extreme strength and become awakened beings.

The Claymore warriors are assigned to certain districts based on their ranks. They possess great talents in sword fighting and unique fighting skills that would help them defeat the humanoid shapeshifters from killing more humans.

Fullmetal Alchemist might be the best anime series ever made. I’m not being biased here, it’s been the most favorite anime for several anime enthusiasts. The storyline of this anime focuses on two brothers, Edward Elric and Alphonse Elric.

After their father abandoned them, they were raised by their mother and have been devoted sons to her. Both the brothers have been learning alchemy and they are hit with depression when their mother dies from a terminal illness.

Their entire lives change when they decide to use their expertise in alchemy to resurrect their mother. Without giving proper heed to the laws of alchemy, they begin the resurrection process. Unfortunately, it backfires on them leaving them both with a loss of certain parts of their bodies.

Edwards loses his left leg and the process affected Alphonse severely which resulted in him losing his entire body. However, Edward sacrifices his right arm to retract his brother’s soul and binds it into a suit of armor.

Devastated with the utter failure, Edward goes on to become a State Alchemist and undergoes painful surgery to give himself prosthetic limbs and he receives the title Fullmetal Alchemist.

During his years as a state alchemist, Edward learns about a mythical object called the Philosopher’s Stone which would help him achieve the brothers’ goals.

Watch Fullmetal Alchemist to find out what happened next and it might be the best decision you’ve ever made. It features mind-blowing action scenes and a thrilling plot.

Pokemon is one of the most childhood favorite anime for most people. The original series was released in 1997. The protagonist of this anime is Ash Ketchum who’s a teenage boy who dreams of becoming a great Pokemon master.

The local Pokemon researcher decides to give Ash his first Pokemon but as Ash arrives late to his lab, Professor Oak offers the remaining Pokemon to Ash. The Pokemon Ash received is Pikachu which has electrical powers.

Ash tries to converse with Pikachu and befriend him but Pikachu is hesitant to come into friendly terms with him and stays inside its Poke Ball and attacks Ash with its powers.

Eventually, Ash would gain Pikachu’s trust as he protects Pikachu from a group of angry Spearows. Ash would embark on a very fun and adventurous journey to acquire Pokemons and would come across several friends and also meet rare Pokemons.

He would also go on to join Pokemon Leagues and make some enemies along his journey.

Pokemon consists of amazing action scenes and is also quite cheerful to watch its subtle comedy. It also features mystical powers and beings similar to Naruto.

What anime should I watch if I like Dragon Ball?

If you like Dragon Ball you can watch Naruto, Hunter x Hunter, One Punch Man, Claymore, Fullmetal Alchemist, and Pokemon.

Is Dragon Ball Z the most popular anime of all time?

Is Dragon Ball better than Naruto?

Both Dragon Ball and Naruto are the best animes of all time. However, Naruto has an interesting story and great character development throughout the series compared to Dragon Ball.

What is the biggest anime franchise?

Pokemon is the biggest anime franchise which has a net worth of $99 billion.

Who is the strongest anime character?

Saitama in One Punch Man is the strongest anime character who’s able to defeat anyone with a single punch. 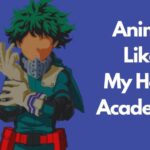