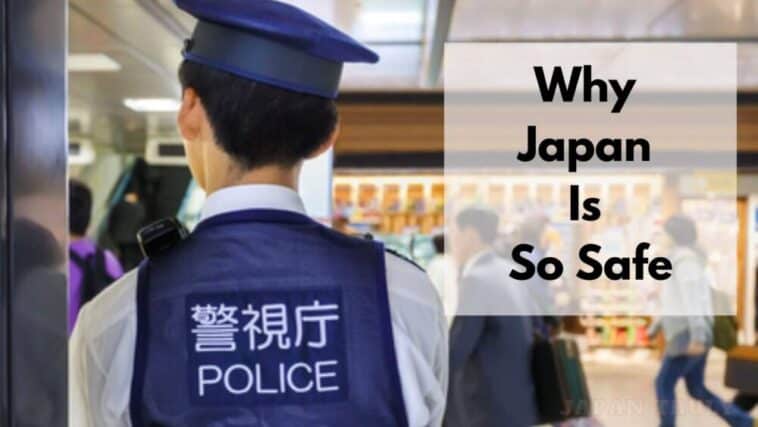 Did you know Japan is one of the safest countries in the world? In fact, Japan ranks 12th in the Global Peace Index. Read on to find out why Japan is so safe and how safe it is.

Do you have plans to visit Japan in the near future? Whether you’re planning to travel with your loved ones or by yourself, Japan is hands down one of the best and safest destinations to visit in 2022.

What makes Japan one of the safest places in the world to see you might ask, it’s definitely got to do with Japan’s effective public security systems and policies.

According to the Global Peace Index, Japan has ranked 12th place as the most peaceful country in 2022 with a Global Peace Index Score of 1.3. This indicates that you can travel to Japan without hesitation and fear and have a subtle experience throughout your journey.

Why Japan is safe can account for several reasons and if you’re interested to know what they’re, keep reading down below because we’ve analyzed a list of reasons that make Japan a safe country.

Reasons Why Japan Is So Safe

The crime rate of a country solely depends on the strict security and law and order maintenance by a country’s policing system.

If the policing system is relatively harsh, then crime rates would be low since criminals would be fearful of committing crimes.

There’s no doubt that the policing system in Japan is effective because that’s one of the major reasons why crime rates are fairly low in Japan compared to most countries.

Police stations are open in Japan in every city and to ensure crimes don’t occur in small suburbs, small police stations called “Koban” have been open in such areas.

This is a tactical move by the Japanese policing system because it aids them to track down petty crimes occurring in small areas and prevent them effectively.

Koban stations are quite compact with a small room and a seating place with either 2 or more officers on duty.

These stations are open 24/7 and pay heed to any suspicious activities reported by people across the neighborhood.

It’s also common for people to turn in any lost possessions to Koban hence if you lose any of your items then the Koban stations would be at your service.

Apart from prevalent police stations, the surveillance system in Japan is quite impressive as well. There are CCTV cameras placed in most areas in Japan, from streets to malls, banks, stores, etc.

If any crime occurs, the CCTV cameras can come in handy for the police to identify the criminals and take proper action to ensure the law is maintained and followed strictly.

With so many strict measures to ensure the safety of the citizens and tourists of Japan, we can only expect the crime rates to be fairly low.

By 2022, the crime rate index in Japan was 22.1 making it one of the countries with the lowest crime rates according to the World Population Review.

The constant surveillance and police stations in each and every corner have definitely aided Japan to reduce its crime rates. This makes Japan an ideal place for tourists to visit without the fear of being robbed or attacked.

In addition, Japan has drawn a lot of female solo or group travelers from across the world due to the security and safety provided by the authorities and the locals as well.

Hence, female travelers have nothing to fear when using the public transportation system at night or hiking mountains, or even going out on a night walk.

However, it’s best not to take the low crime rates for granted especially if you’re a woman who’s traveling alone.

Some of the places you should avoid going to are late-night unlicensed bars or any places that look sketchy and where your safety isn’t guaranteed.

Therefore, make sure to not get too drunk and if by any chance you happen to be too drunk to drive then you can contact a specialized taxi service called “Daikou” which offers you a safe ride to your hotel in the taxi while your car will be brought to you by another driver.

Trading or using drugs is one of the major offenses in several countries around the globe and Japan is no different.

Drugs are the major cause of several petty crimes like theft, harassment, and murder in some extreme cases.

Japan has a no-tolerance policy for any kind of illegal drugs and substance abuse is regarded as one of the major crimes in Japan.

If anyone were to get reported to the authorities for illegal drug possession, the laws of Japan are too strict for such crime hence the convicted person will be put behind bars and fined a huge sum.

It’s also worth noting that some medicinal drugs that are legal in certain countries might be banned in Japan, hence it’s best to make sure you’re not in possession of such drugs.

To know more about which types of drugs are allowed in Japan, you can check out Japan’s Ministry of Health, Labour, and, Welfare website. Here’s a full list of drugs that are illegal in Japan.

Since penalties for drug use and possession are severe in Japan you’re less likely to notice any petty crimes and shady areas in Japan.

Japan Has Strict Laws For Guns

Although guns are important for self-defense acts they’re definitely a violent weapon that most criminals use to commit crimes and we’ve seen countries like the US dealing with mass shootings every month or so.

However, shootings are unlikely to happen in Japan due to heavily regulated gun laws.

Authorities in Japan have formed a stern criterion for owning guns. This means that if someone wants to own a gun, they’re subject to several tests like physical and mental health checkups, personality tests, etc.

If anyone who’s deemed mentally disabled or has a previous criminal record, they’re immediately crossed off from owning guns.

Apart from guns, it’s also illegal to possess other weapons like swords, knives, etc and if anyone was caught owning such violent weapons are subject to a judicial sentence.

Therefore, you don’t have to worry about traveling to Japan and visiting any places because there are few to no cases of mass shootings occurring across the country.

Criminal gangs and mobs are common in most countries, while some gangs are wanted by a nation’s security system, some operate under the influence and supervision of certain authorities.

Similarly, the Yakuza mob is one of the most infamous mobs in Japan and is known to commit crimes like theft, prostitution, drug trafficking, money laundering, etc.

Initially, the Japanese police let the Yakuza operate freely because they thought the mob would take care of petty crimes. However, aggressive actions were taken against the gang as they continued to disturb the peace in the country.

Ethics of The Japanese People

We know that Japanese people are mostly conservative and are raised to be the perfect role models for future generations. It’s not just a country’s security system that prevents crimes from occurring but also the upbringing of a person.

See also  How To Pay For Things In Japan?

Japanese parents teach their kids the moral values of Japanese culture including how to behave and live in society, and how to respect adults and all the people in general.

Since learning the rights and wrongs from childhood, they grow up to be faithful citizens of the country without thinking twice to commit crimes or causing disturbance to other people and the society as a whole.

How Crimes Are Prevented In Japan

We’ve all heard the phrase “Prevention Is Better Than Cure” and that’s just what authorities in Japan have implemented in their law and order system to prevent crimes.

Another reason why crime rates are low in Japan is the effective ways of the Japanese government which demotivates people to commit crimes such as:

ATMs in Japan Are Placed In Secured Buildings

In Japan, you’ll see ATMs being situated inside buildings and not in parking lots. These ATMs also contain lockable doors that provide privacy and security for customers when withdrawing cash. This also prevents thugs and criminals from breaking the machines to steal cash.

All of these measures followed by the Japanese government have reduced crime rates in Japan making it one of the safest countries in the world to visit.

Stores are the go-to place for armed robbers and any store in Japan has two or more staff working night shifts to ensure there’s someone working while someone is on the lookout.

Security Officers Are Placed At Important Buildings in Japan

Business buildings and affluent properties are key targets for theft hence there are security officers working 24/7 in these buildings to ensure no crimes are committed.

Why Is Japan So Safe: FAQs

Why is Japan one of the safest countries in the world?

Japan is one of the safest countries in the world and according to World Population Review, Japan is ranked among the top 10 countries to have a low crime rate. Japan is also ranked in 12th place among the most peaceful countries in the world as of 2022. The low crime rates in Japan are due to the effective and strict laws and legislation passed by the government to ensure the safety of locals and tourists.

Japan is one of the safest countries in the world to travel and it’s ranked among the top 20 countries to be one of the most peaceful countries in the world. The crime prevention measures in Japan have helped the nation to have a very low crime rate along with strict laws for owning guns and committing drug offenses. Japan is also one of the countries where female solo travelers feel comfortable walking around at night.

Why is there no crime in Japan?

Crime rates are fairly low in Japan due to strict law enforcement and effective crime prevention measures followed by the government to ensure criminals aren’t incentivized to commit crimes. Guns laws are extremely strict in Japan it’s not easy for anyone to own a gun and drug offenses are treated with severe punishments which is why crime rates are less in Japan. 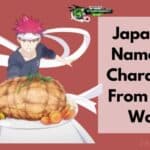