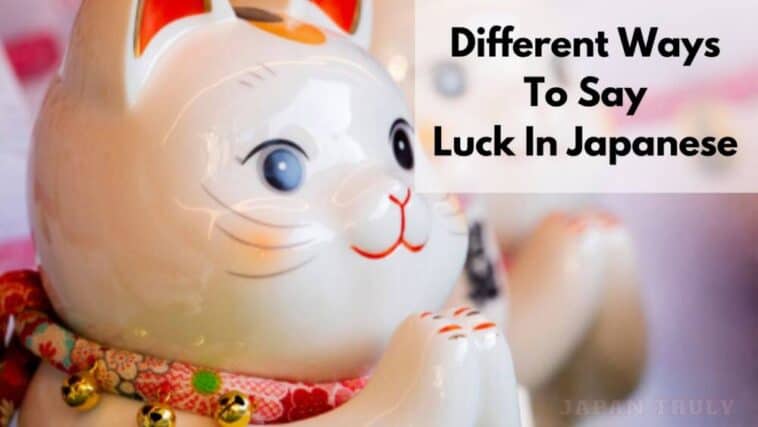 In Japanese culture, the word luck and its sentimental meaning holds a great deal of importance. Here are the different ways to say luck in Japanese.

Japanese culture is ancient and full of superstitions – not negative, but positive ones. Japanese people believe in luck and bad luck.

Historically it is believed that everything could be influenced by either good or evil with the help of charms, actions, amulets, numbers, and other things connected to luck.

In this article, we will be covering the different ways to say luck in Japanese. Although there are too many to count, we are bringing here to you some of the easiest and best.

And that’s not all. We will also cover a few words that do not directly mean luck but are associated with it.

Fuku is a noun that means good luck in the Japanese language. The ideogram (福) stands for fortune, luck, blessing, and wealth. The kanji can be used in dozens of words that directly or indirectly describe happiness or things connected to luck.

For instance, the Japanese word Fukubukuro stands for ‘lucky bag’ which is an item traditionally sold during the Japanese New Year. This bag contains mysterious items as a surprise for its recipient.

Here are a few words derived and written with kanji from Fuku associated with good luck.

An example of this would be というわけで、福引品の中身は卓上クリーナー。 which means That’s why the contents of the lucky items are “table cleaners”.

An example of this would be  もし、あなたが十分に福徳を修することができたら変わる。 which means If you cultivate enough good fortune, then your situation will change.

See also  Why Do The Japanese Use Moshi Moshi When Talking On Phone?

An example of this would be  老人福祉増進の責務 which means Responsibility to Improve the Welfare of the Elderly.

An example of this would be  福音メッセージのそれぞれの面は重要です。 which means Each facet of the gospel message is important.

Rakki is another way to say luck or lucky in the Japanese language. Rakki can also be referred to as an expression of happiness. Here are a few ways to use Rakki in a sentence.

Meaning: You think that was a lucky shot?

Engimono 縁起物 stands for lucky charm or talisman’ in the Japanese language. The term is generic and can refer to anything that is deemed lucky for an individual.

It could be a chain, bracelet, food, dolls, fruits, incense, flowers, and more. Anything that can bring good luck to a person is called Engimono.

Here are a few examples of the usage of Engimono 縁起物.

Meaning: It is also eaten as a lucky charm in the New Year.

Meaning:  This talisman has been a longstanding symbol in Japan for those seeking longevity, perpetual youth, posterity or commercial success.

Meaning: This product was made so that the traditional lucky charm could be enjoyed as collectible figures.

Yatta is a very common word in the Japanese language which is used to express a sudden feeling of happiness or euphoria.

For instance, if you are gifted on a special occasion or win a lot of money, then that phrase will include the term Yatta, which is meant to represent happiness. In simple terms, Yatta can be translated as ‘Hooray’.

Meaning: But nonetheless, they say, “I did it.”

Meaning: Because he probably did it, that’s why.

Meaning: Excellent work, both you and Saul.

Tsuiteru is described as the state of being lucky. This verb also has a negative form, tsuitenai which also means bad luck and not out of luck.

The word also means to be attached, to be included, to have, to contain and to be in a state.

Here are a few ways one can use the term Tsuiteru (付いてる) in a sentence.

See also  6 Best Japanese Bands You Have To Listen To!

Meaning: How come there’s tape over his mouth?

Meaning: You got something on your neck.

Meaning: Take your drama someplace else.

Ungaii is an adjective that is meant to describe someone who is extremely lucky. The Ideogram 運 – un refers to fortune, destiny, advancement, lucky, progress, etc.

The ideogram is also used in words that are directly or indirectly related to luck. Here are a few examples to words that contain the ideogram 運 – un.

The below are a few examples on using the ideogram  運 – un in a sentence.

Meaning: Well, he’s lucky to have you in his life.

Meaning: At the immigrations, I was lucky again.

The above are some of the most popular words and phrases attached to them that convey the feeling or emotion of luck in the Japanese language. But that is not all. We have below some more to offer.

These words and example phrases can also be used in the Japanese language to convey luck, good luck, or the sentiment of happiness to the person you are having a conversation with.

An example of this would be  自分の人生に幸運を招くんだ which means Leaving coins out is a way of inviting good fortune into your life.

An example of this would be  今時こんな幸せな カップルは珍しい which means It’s rare to see such a happy couple nowadays.

An example of this would be  それ以来 一族は不運続きだ which means They’ve been living in a cloud of bad luck ever since.

Do the kanjis in the Japanese language have similar meanings related to luck?

No. The kanji or ideograms in the Japanese language can express different ideas and meanings. This is why if you read the Japanese texts, words, or sentences, you will often come across words that either directly mean luck, or have a somewhat similar meaning to it. Each word or phrase is tied to a special occasion or event.

See also  Significance And Meaning Of Itachi In Japanese Culture

Is there a specific sentence in Japanese wishing somebody Goodluck?

When we say the words ‘Good Luck’ in English, the recipient takes it as a direct meaning of a wish. The person saying it is wishing them good luck for something that they are about to do, or are going to experience. But in the Japanese language, this can be quite tricky. You see, the Japanese language does not have any specific word that you can add to a sentence and say, this is me wishing you luck.

What is the right way to wish one Good luck?

Why is it interesting to link the words related to luck in Japanese?

It is interesting to analyze the words related to luck because these words are the ones that can be further linked to other words which may or may not have the direct meaning of luck. Every word in Japanese has some of the other links to luck. Whether direct or indirect, some of the most popular examples of words linking to luck are happiness, security, blessedness, prosperity, and more.

The above was a quick and easy rundown of the ways one can use luck in the Japanese language. As said before, the words or parts of the word can be used in different sentences to mean different things.

The words are not exact translations but are mere ways to convey your feelings of luck, good or bad, to another individual by adding them to a phrase.

So, the next time you wish to convey an emotion, wish someone luck, or encourage them to do something, you know exactly what words to use. Good Luck! Or as the Japanese say, Kōun o (幸運を). 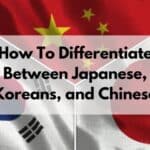