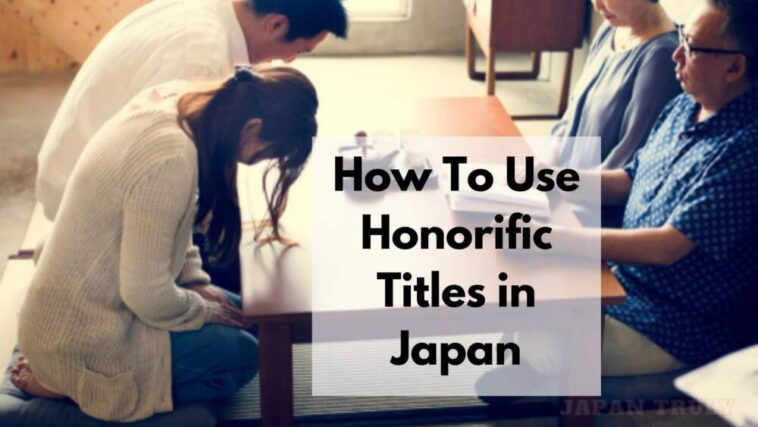 If you’re familiar with Japanese culture you know that the Japanese people are very much deeply rooted in their traditions. They have a specific way of doing specific activities even when it comes to addressing people by their names.

Most of us might have come across some Japanese words like “Chan”, “San”, and “Kun”, and these are not just words to address a particular person but honorific titles which hold deep meaning.

So if you’re eager to know more about Japanese honorifics make sure to read further down below!

How To Use Honorific Titles in Japan Like San, Sama, Kun, and Chan

What Are Honorific Titles?

An honorific title is a word that’s used as a title when addressing a person as a means of showing courtesy and respect.

Honorific titles are generally used when addressing a person who’s elder to you or when he or she is of high societal rank such as royalty, leader, boss, etc.

Honorific titles can either be used as a prefix or suffix depending on linguistics and in the English Language, an honorific title is mostly used in the third person context.

Some examples of English honorific titles are Your Highness, Your Excellency, Mr. Mrs. Madam, etc.

Similarly, there are honorific titles even in the Japanese language as well and just like in the English language Japanese honorifics are used to address someone who’s elder to you and when the person holds a significant position in society.

However, most Japanese honorific titles are suffixes which means they’re used after a person’s name rather than before the name.

For instance, the name Shinnosuke is shortened and referred to as “Shin Chan” while “Chan” is the honorific title here.

What You Should Know About Japanese Honorific Titles

In addition, honorific titles are extremely important in the Japanese culture as it is deemed rude or unprofessional to address someone with their first name or family name.

The main factors that should be looked upon when using a Japanese honorific title are:

It’s quite crucial in any tradition that elders must be respected and similarly the Japanese culture holds great significance for elders. This is why you’ll notice in Japan how elders are respected as they’re addressed by the honorific title “Sama”.’

Be it grandparents or a strange elderly person, it’s pivotal in the Japanese traditions that a person older than your age should be addressed using a specific honorific title.

When a person is of a higher rank in a workplace or if it’s someone who’s royalty then they’re also addressed using Japanese honorific titles. This depicts that respect is also shown towards a person of a higher status in Japanese traditions.

Apart from age and social ranks, sometimes honorific titles are even used when speaking to your relatives. It’s also normal for parents to give their children certain titles in Japanese traditions as an expression of love and care.

How To Use Popular Japanese Honorific Titles?

San is one of the popular Japanese honorific titles and it’s the equivalent of Mr. or Mrs. in the English language. San is also a gender-neutral term and hence can also be used either for men or women.

It’s an honorific title that’s flexible and can be used to address someone irrespective of their status and age and it can even be used when talking to a  stranger as well.

Another interesting detail about San is it can also work on referring to someone based on their profession. For example – A grocery store is called “Kaimono” in Japanese and a grocery shop man is referred to as “Kaimono San”.

That’s where Sama comes in place which is another popular Japanese honorific suffix that is mostly used for formal situations, especially when addressing someone of a higher rank in your office.

Just like San, Sama is also a gender-neutral term and can be used to address a male or female. The English equivalent of Sama is probably Madam or Sir.

The honorific title Sama is also used when conversing with customers, speaking in public to address the crowd, and even when referring to Japanese deities and gods.

Chan is another version of San but it’s used for informal situations or when addressing someone who you’re close with. It’s generally used to address children, girls/women, and even animals.

Since Chan is a suffix it’s used after a person’s name and it has a  cute pronunciation hence why it’s a mostly used honorific title for kids.

For instance, the cartoon character Shinnosuke Nohara is addressed as “Shin Chan” by his parents and friends. It’s also common for husbands or lovers to refer to their partners as Chan as well.

Kun is another famous Japanese honorific title which is also a suffix used after a person’s name. Similar to Chan, Kun is also an informal Japanese suffix that’s used for casual occasions.

It’s mostly used to address men than women and it’s used among friends, cousins, or even a female partner can refer to her male partner as Kun.

Kun is popularly a manga term that is used by characters when referring to each other. Sometimes it’s also normal for senior officials to address their junior staff or peers as Kun.

However, keep in mind that in an office context only a superior can address their juniors as Kun and not vice versa.

When To Use And When Not To Use Japanese Honorific Titles

After learning which types of honorific titles are ideal for a particular person, it’s also best we learn when and when not to use them.

One thing you should know about the Japanese people is they’re respectful and mannered people and they also expect other people to be the same as well.

It’s considered rude and impolite to address someone by their name in Japan especially if it’s an elderly person. That’s why the Japanese usually refer to someone using their family name along with an honorific title. If you’re talking to someone who’s older than you then you should use an honorific title when addressing them.

If you’re in a business meeting or in the workplace, it’s best to use honorific titles to address one another, particularly if it’s your boss. Additionally, customers must also be addressed by honorific titles as well. It’s also wise to use an honorific name when you’re referring to a king, emperor, or even the president of a country.

When you’re in your close family or friend circle then you don’t have to use honorific titles to address someone who’s of the same or younger age than you.

You can simply call your friends or close relatives by their first names without having to worry about offending them.

Nowadays you can still refer to someone by their name and sound respectful without using any honorific titles. However, this isn’t the case with most cultures.

In countries like Japan where there’s a high population of elderly people, we can assume that it’s deemed disrespectful to address someone by their name.

The conservative practices are still followed by several people in Japan and honorific titles are used on a daily basis, especially during formal occasions.

“Keigo” which is Japanese for honorific speech is given key importance by the Japanese to sound formal and respectful.

Therefore, it’s best we use honorific titles when in Japan to avoid any awkward circumstances.

How To Use Honorific Titles in Japan Like San, Sama, Kun, and Chan: FAQs

How do you use honorific titles in Japanese?

How do you use San Kun and Chan in Japanese?

San, Kun, and Chan are some of the widely used honorific titles in Japan. San is a gender-neutral term that’s used in formal situations when addressing someone who’s in a higher position in a workplace or an elderly person.
Kun is a title that’s used by a senior or elderly person to address young boys and Chan is an informal honorific title that’s mostly used for kids or pets.

Is San or Chan more formal?

San is a formal honorific title that’s used for addressing a superior official at a workplace or an older person. Meanwhile, Chan is an informal title used for kids especially girls, pets, or even between lovers and married couples.

What is Sama in Japanese?

Sama is one of the popular formal Japanese honorific titles that’s used to refer to someone of a higher status such as deities or even when addressing a large crowd. Sama is a gender-neutral term and it can be translated to Sir and or Madam in English. 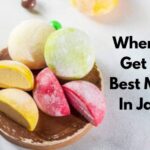 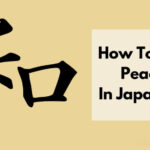