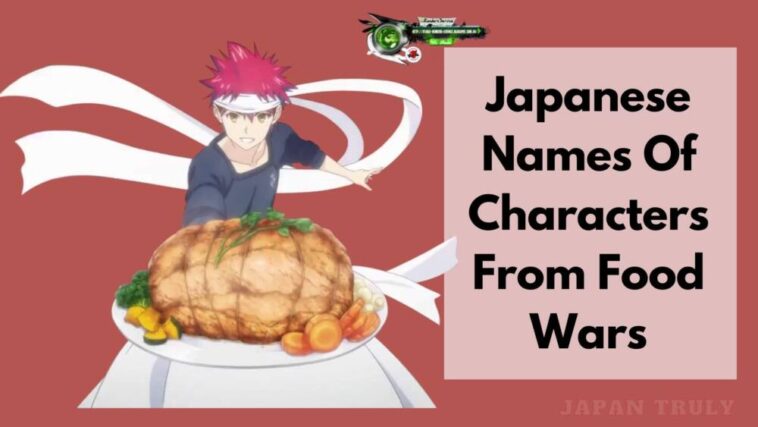 Want to know the Japanese names of characters from Food Wars? Check it out here!

Food Wars! Shokugeki no Soma is an absolute treat for manga/ anime fans and foodies. The series is the perfect blend of comedy, Japanese cooking, and drama.

It is written by Yuto Tsukuda and illustrated by Shun Saeki. It also features recipes by Yuki Morisaki.

From late 2012 to mid 2019, the show was serialised in Shueisha’s Weekly Shonen Jump. It was compiled into thirty six tankobon volumes and was published by Sueisha.

The series tells the story of a young chef as he applies to an elite culinary school- Totsuki Saryo Culinary Institute. This isn’t any ordinary culinary school. You have to be really good at what you do to be even considered for a spot at this school.

The series has received a lot of mixed reactions. While most feedback is positive, some critics have pointed to possible overuse of fan service. The series has also been adapted into a video game.

The following is a list of the Japanese names of characters from Food Wards! Shokugeki no Soma. Check it out!

Japanese names of characters from Food Wars! Shokugeki no Soma

Soma Yukihira is the main protagonist of the series. He is a young boy of 15 years, who works as a chef at his father’s restaurant. He is constantly looking for ways to improve his cooking and goes on to test the limits of his skills.

In the series, Soma is seen with a scar on his left eyebrow. This is the result of a fall when he was in the 5th year of elementary school. When he was very young, Soma was given the task of handling a fish by his family.

Since the fish still had some life left, it slipped out of his hands. But in an attempt to prevent any food from touching the ground, Soma tries to grab the fish and ends up falling and hitting his head on the corner of a table.

Through the series, Soma is seen competing with his father in cooking duels. Unfortunately, Soma isn’t victorious in these duels.

When his father decides to shut the restaurant for a while and move abroad for work, Soma tries to enrol in the Totsuki Saryo Culinary Institute.

During his entrance cooking test, one of the judges was Erina Nakiri. Even though she was taken aback by how good Soma’s simple dish was, she refuses to admit it and appears unamused. Soma’s cheeky behaviour only fuels her annoyance and she denies him entry into the culinary school.

However, Erina’s grandfather has a taste of Soma’s preparation and after only one bite, sends Soma his acceptance letter.

Erina Nakiri is another main character on the show. She is often seen as a rival to Soma Yukihira. She is part of the famous Nakiri family and is the granddaughter of Senzaemon Nakiri.

In the series, she is referred to as  “God’s Tongue” and is thought to have the best palate in the world. While she is admired by many for her fantastic cooking skills, she is also feared. Her influential status also adds to the intimidating vibe that she gives off.

She holds a rather great reputation in the culinary world and the mere mention of her name can instil fear in the hearts of applicants of Totsuki.

Her father, Azami Nakiri, is someone she fears and she has an abusive past with him. His abusive treatment of her has contributed to much of her intimidating personality.

As the series progresses she is seen overcoming her fear of her father and opposes him. Erina was abandoned by her mother when she was young and this has had a big impact on her as well.

Erina’s grandfather, Senzaemon Nakiri, took Erina in after he exiled her father from the family and the institution. Erina goes on to become one of the most prominent figures in the culinary world and she becomes known for being unsatisfied by most dishes.

Megumi Tadokoro is another heroine in the series. She is a timid and polite character and is often told that her best gift is her warm hospitality.

She aims to eventually run her mother’s ryokan. She admires her mother and her works a lot. Her mother taught her how to cook by thinking of someone special. She believes that this makes the dish she is cooking better.

Megumi is a good chef but can’t seem to perform well when she is under pressure. Her shyness and timid nature leads to her performing poorly and she is placed last in her class. This leads to her being put on academic probation at one point.

Hisako Arato is a close friend of Erina and is almost always seen close to her. She works as her secretary and helps her with sorting her tasks and assignments. Even as just a high school student, she has amazing secretarial and management skills.

See also  Digimon Vs Pokemon: Which Show Is Better?

Hisako’s speciality is medicinal cooking, where she incorporates natural and Chinese medicine in her cooking for better health.

After being defeated by Akira Hayama in the quarterfinals, she feels unworthy to be near Erina and goes on a break. When she is paired with Soma for an assignment, they both pass and he tells her that she should treat herself as an equal to Erina instead of just following her.

Ryoko Sakaki is a member of the Polar Star Dormitory. In the series, she is portrayed as a mature and kind character, almost like a big sister. She is known for her shio koji which is a type of rice malt. She has a warehouse near the dorm where she produces her own ingredients and prepares fermented goods.

Ikumi Mito comes from the notable Mito family who are famous in the meat industry. She is highly competitive and is often seen showing off her skills and abilities to those that she considers below her.

At the start of the series, she comes off as intimidating, bold, and proud. However, as the series progresses, it is seen that she is a soft and kind hearted person.

Zenji Marui is one of the most gifted individuals in the series. He is extremely smart but also extremely weak and has incredibly low stamina. He is often teased and looked down upon by his classmates because of this.

He makes up for his poor stamina by researching various cooking methods and incorporating them into his cooking. He is often called “The Walking Flavour Dictionary”.

Shun Ibusaki is a quiet and reserved character. He lacks energy and is blunt in his way of speaking. He is seen staying calm even when the rest of his classmates are freaking out when things go wrong.

He is nicknamed “Prince of Smoke” as his specialty is smoked foods. Even though he doesn’t seem like it, Shun wants to be the best at the academy. He is expelled after being defeated in a promotional exam. However, he is reinstated into the school shortly after the Rebel’s victory.

Senzaemon Nakiri is Erina’s grandfather and one of the most respected experts in the culinary world. He has earned himself the title “The Food’s Demon King”. He was also the Director of Totsuki Culinary Academy.

Despite his intimidating look and demeanour, he is sometimes seen being comical and has a soft side.

He is not easily impressed and holds all of his students to high expectations. His quirk is that he strips off the top part of his clothing when he is impressed by a dish and it tastes really good.

Other Japanese names of characters from Food Wars! Shokugeki no Soma

What is Food Wars called in Japanese?

Food Wars is called Shokugeki no Soma (食戟のソーマ) in Japanese. 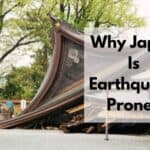 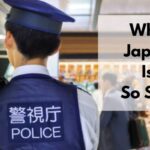