Getting around Japan in taxis is pretty convenient as long as you know how to. Here’s a guide on how to use taxi in Japan that includes all details from how to hail a taxi in Japan to the taxi fares in Japan!

Japanese urban cities have a very efficient public transport system. However, it stops at midnight and you have to rely on taxis to take you to your destination.

Taxis in Japan are more expensive than if you were to take the trains or buses. But it’s still important to familiarise yourself and understand how to use taxis in Japan before moving to Japan or come for a vacation.

Quick Answer to How to Use Taxi in Japan?

Hailing a taxi in Japan is very easy. To hail a taxi in Japan, simply wave your hand at a spot you know the taxi can spot. Or if you’re at a railway station in Japan then head over to the taxi stand. Alternatively, you can also book a taxi in Japan through the Japanese taxi smartphone apps like Uber, Grab, Japan taxi, and more.

Keep reading this guide on how to use taxi in Japan to find out how taxi’s in Japan operate, what phrases to use when getting in a Japanese taxi, and what rules to abide by when hailing a taxi in Japan!

How to Use Taxi in Japan

Taxis in Japan are incredibly helpful if you’re riding to the airport with lots of luggage, if you’re traveling with an old person. Or it’s a Friday night and you need to get to that party your friends have invited you for.

Also, once you’re outside the big urban cities, transportation is not very well planned and taxis are something you have to rely on.

Japan has over 260,000 taxis out of which more than 30,000 taxis operate in Tokyo alone. There are over 300 taxi companies in Japan, so the country is never short of a cab when you need it.

Wherever you are in Japan, you will see lots of taxis and you can hail them off the street. If you are at a railway station or a big hotel, you might find a taxi stand and a line up where you can get a taxi.

If you’re dining or staying in a hotel, you could also approach the concierge desk or the reception and they will call a cab for you from one of the taxi companies.

Taxis in Japan are safe, secure and very clean.

How To Get A Taxi In Japan On The Street?

It’s easy to get a taxi on the street in Japan. Just walk over to a place where the taxi can stop to pick you and wave your hand.

Alternatively, some taxis in Japan might just have the lights turned off when they are available and turned on when they are occupied.

If you know where you have to go but don’t speak Japanese, simply show the address to the driver and he will take you to your destination.

You can also show the location on a map as that is much easier for many drivers to follow.

Keep reading this guide on how to use taxi in Japan to know learn important phrases before hailing a cab in Japan!

Phrases for Taking a Taxi in Japan

Below are some helpful Japanese taxi signs that you can identify:

Learn these common Japanese phrases to help you when you get a taxi in Japan:

While you’re in the taxi in Japan and you need to give directions to the driver, the following phrases will help:

Getting Into a Taxi in Japan

As a passenger, you will be getting into the taxi in Japan through the left rear door.

Most taxis in Japan have automated doors which are controlled by a remote by the driver. So you don’t have to open or close them.

If at all one is broken or if there is an old taxi with a manual door, don’t worry, the driver will open it for you.

What To Expect After Getting Inside A Taxi in Japan

Traveling in a taxi in Japan for a westerner is like being chauffeur driven to a red carpet event.

Most Japanese taxi drivers might be in their early 40’s and dressed very prim and proper. You will find them in smart suits, as well as gloves and even a cap. The cab itself will be spick and span, with lace on the seats and headrests.

The driver will have buttons using which he can control the opening and closing of your door. The button also controls the boot if you want to put your luggage there.

Most taxi drivers in Japan speak only Japanese and it is rare to find someone who speaks English.

Always wear the seatbelt for your own safety. This applies even if you are in a private vehicle.

There are certain things that are prohibited once you are inside a taxi and that includes smoking, bargaining the fare with the taxi driver.

Getting Off a Taxi in Japan

Japanese taxi drivers are very professional. Though they intend getting you to your destination on time, they are at the mercy of the traffic.

Once you reach your destination, check which mode of payment works best and pay accordingly.

If you need a receipt for some reason, make sure to ask for one before you get off.

As I mentioned earlier, don’t open the door by yourself. Wait for the driver to open it for you.

Taxi fares in Japan are relatively much higher when compared to what you would pay for public transport. Fares vary from city to city and depending on the type of taxi you use.

Expressway tolls will also be added to your fare if you happen to use one.

Some taxis have the facility where you can make a card payment, but many don’t.

Always make sure you have enough cash on you if you are hailing a taxi from the street.

If you’re getting a cab from one of the smartphone apps, you might have the option of using a credit card, debit card or paypal to pay through the app.

Off late, IC cards like Suica Card are also being accepted. You will find a sticker on the door indicating all the accepted payment methods. You don’t have to tip the taxi drivers in Japan. This is because tipping in Japan is considered offensive!

Japanese Taxi Smartphone Apps To Get A Taxi in Japan

One of the biggest inventions most foreigners that come to Japan are thankful for is the taxi smartphone apps in Japan. These apps literally take away the pain of not knowing the local language, not being aware of the routes, and having to figure out the cab fare.

There are lots of mobile app based taxi services in Japan where you simply have to put in the address. The app will dispatch an available taxi to your location and off you go!

Sometimes you also get discount coupons which help you save some bucks while traveling in luxury.

Below are some of the best and most efficient Japanese Taxi Smartphone Apps:

In popular sightseeing areas, you will find taxi drivers who are bilingual and can speak English quite well.

These taxis will cost you around 10,000 yen for a couple of hours where the driver will show you a lot of tourist attractions and act as your tour guide as well.

It’s almost certain that if you have to go to the airport or if you’ve landed in one, you’re going to be needing a taxi.

Luckily, the airports in Japan have fixed fare airport transfer taxis. Some of them even offer shared services, so you can split a cab with another person heading in the same direction and save some money.

Ask your driver before you get into the cab how much it will cost you to reach a certain region and they will let you know.

Taxi From Narita Airport or Haneda

If you’re taking a taxi from Haneda airport, you’ll find very service there too. Haneda airport taxi’s offer flat-rate taxi fares to most areas in Tokyo. Just confirm the price with the taxi driver.

If you are at the Kansai International or Itami airports or want to get these airports, the most convenient and affordable option is to get the shared taxi shuttle service. The prices can differ depending on the vehicle you choose and the area of dropoff/pickup from or to the airport. You can check the prices here.

In Japan, the taxi companies have their own color and design so don’t expect a uniform color or design on taxis. One way to identify a taxi is by its number plate. Licensed taxis in Japan have green plates whereas regular cars have white and yellow plates.

When you exit the taxi make sure that you enter/exit from the left side. Do not touch the taxi door in Japan when getting in or out of the taxi, it will always be remotely opened by the taxi driver.

Hailing a Taxi in Japan: FAQs

Why are taxis so expensive in Japan?

Is Uber or taxi cheaper in Japan?

When you compare the fares of regular taxis in Japan with Uber cabs, you’ll observe that booking an Uber will prove to be cheaper. Not many Uber cabs are available in Tokyo but Uber offers premium cars to its customers. So not only is Uber in Japan cheaper when compared to the regular taxis in Japan, it is also more comfortable. 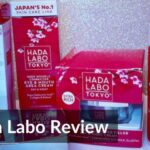