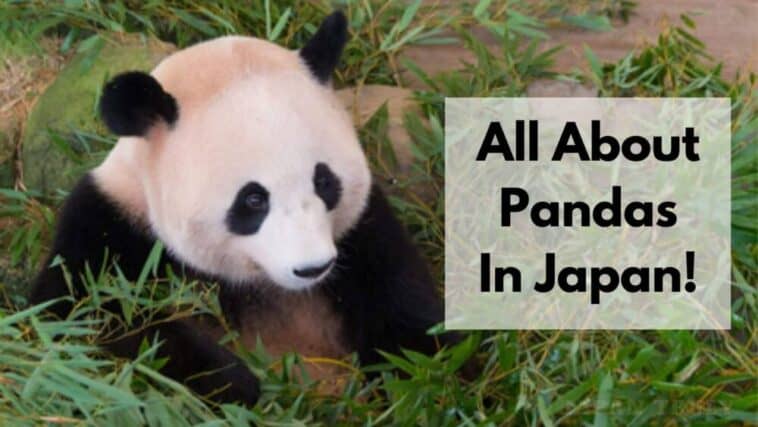 Here’s everything about Pandas in Japan you need to know. Check it out!

Out of all the animals in a zoo or the forest that stir a person’s curiosity, a Panda has to be on top of the list for a multitude of them.

Pandas, though shallow in number and often assumed by wildlife professionals to be at the precipice of extinction, have drawn the attention of netizens because of how adorable they are.

Whenever one thinks of pandas, one might imagine them casually resting in the woods of South Asia, almost in a setting that reflects Japan.

But to everyone’s surprise, both species of Pandas (Giant Panda and Red Panda) are profoundly present in certain parts of Asia but Japan is not one of them. Every one of Japan’s recorded Pandas can be seen in zoos.

Everything About Pandas In Japan

Origin Of Pandas In Japan

Although Pandas may give you the aura of Japanese culture, they never belonged to Japan. Japan’s Ueno Zoo embraced its first-ever Panda harbor in October 1972, when the Japanese and Chinese governments had turned diplomatic and at peace.

Panda names have been rather eccentric, as it was the arrival of pandas Kang Kang (male) and Huan Huan (female) that set ablaze a period of “panda boom” in Japan.

Their demise left no successor behind, leading to the arrival of a female Huan Huan and male Fei Fei in the early 1980s. They became the descendants of female Tong Tong in 1986 and male You You in 1988.

The male Ling Ling was a Chinese-born Giant Panda, brought to the Ueno Zoo in Tokyo in 1992. Ling Ling was an important allegory of the relations that tied Japan and China together.

Ling Ling, being the only Giant Panda in the entire country of Japan who was directly owned, was served with extensive care and attention. All the Pandas that are captured behind the cages of the largest zoo in Japan today are a loan from the People’s Republic of China.

Ling Ling’s death at the age of 22 left no Giant Panda behind for the first time in 36 years in Ueno Zoo. Since all the Pandas that were landed in Japan as a ‘loan’, the country has to return all the Pandas when the period of contract ends.

Where can you find Pandas in Japan?

As I mentioned before, Japan does not have Pandas lying adorably in the bamboo forests, because that, in the entire world, can only be witnessed in Southern China. All of Japan’s Pandas have been in confinement.

Moreover, it is against the law in Japan to own a Panda as a pet, no matter how irresistible that might sound! After the year 1984, every one of Japan’s Pandas have been on lease by China so Japan technically has no Panda of its own.

However, if you are taking a flight to Japan for a vacation and have had enough of Sushis and Cherry Blossoms, here are some places where you can find these cute enchanting creatures:

The largest zoo in Tokyo has already been mentioned here a plethora of times, given the fact that this was the first historical place in the entire country to tame a Panda. Ueno Zoo has been a popular sight for seeing pandas since then.

Although the Pandas are held captive here, it is not behind the cages that you might assume. The old-style imprisonment has disappeared now.

When you look over the board that says Panda in the zoo, you will see a humongous ground where the lazy panda is relaxing. This has been crafted to make the Pandas feel at home, just like their natural habitat.

If you are a person who does not want to see them from a distance but has an amicable but fleeting interaction with those lovely creatures, Adventure World in Wakayama might turn out to be the perfect place for you.

In Adventure World, a Panda Love Tour is conducted for the tourists and travelers where they can have a close-up look at the Pandas and even feed them apples if they wish to! Apart from this, Adventure World is renowned for sheltering Saihin Fuhin, the sweetest infant giant pandas.

According to Adventure World, they believe that they house the largest Panda family in Japan, namely Eimei, Rauhin, Ouhin, Touhin, Yuihin, Saihin and Fuhin. The Safari World of this place is where you will find natural habitats for all the animals.

The Adventure World saw its first Panda in 1994, where 15 Pandas have been born ever since. Currently, the place harbors 7 of them.

A hotspot in Japan known to have lodged pandas for several years now, discharged its last Panda Tan Tan back to China after the lease period was over. Currently, after Tan Tan’s return, there has not been any bulletin about the recent arrivals of any Pandas.

However, Kobe Oji Zoo is a place worth visiting. The Zoo has bred Giant Pandas since 2000 as part of the Japan-China collaborative research project.

Kobe Oji Zoo has worked passionately to protect and safeguard these wildlife creatures who have been threatened by mankind and are incredibly less in number.

After the breeding period of Tan Tan was over and Japan fulfilled its obligation by returning the Panda, the Panda count in Japan was brought down to nine. But in the same year, the birth of a giant panda in the Adventure World brought the count back to ten.

Tan Tan resided in the zoo since 2000 and was bred in 2008 through artificial insemination but the cub died shortly after, leaving Tan Tan the only Panda visible in Kobe Oji all these years.

When is the best time to see Pandas in Japan?

If you are looking for a particular season that makes it ideal for you to spectate a Panda in its completely established form and scrupulously study its movements, there is no such time. Pandas have a very flexible schedule for everything they do and hence seasons do not affect their actions. However, mornings are remarkably active for Pandas. Hence, visiting them on fresh mornings would be a brilliant idea. If you are lucky enough, you may have a glimpse of them being exceptionally playful around and munching on bamboos and their favorite snacks. At Adventure World, the Panda Tours are also organized in the mornings.

Can you see Red Pandas in Japan?

All this time we have been talking about the presence of Giant Pandas. The other broad species that fall into the category of Pandas, The Red Pandas, are very distinct from Giant Pandas in appearance and outbreeding. Their body is very similar to raccoons and is protected with soft, red fur. Whereas the Giant Pandas are black and white. Usually, these Pandas will be found in trees as they are good climbers, while the other species are hardly seen climbing on anything upright.
It is quite clear that red pandas are not natives of Japan but come from regions in the eastern Himalayas like China, Nepal and Bhutan. In Japan, Red Pandas can be found in substantially distinguished zoos like Ueno, Nishiyama and Nogeyama.

See also  10 Most Popular Types Of Fish Consumed In Japan

The Problem that exists

Pandas are diminishing in Japan. The problem of procreation has gotten the better of Pandas as well as people working for their protection.

According to an article published in The Japan Times, Ri Ri and Shin Shin, the male and female panda pair at the Ueno Zoo attracted a whopping 4.4 million visitors in 2011, which happened for the maiden time in 19 years.

This is when the zoo felt the need to generate more pandas. There have been multiple attempts at artificial breeding, mostly in vain.

Japan has come out to be a country which displays how endearing they find Pandas. However, it is a sad reality that the entire race of Pandas never really belonged to Japan and the odds of Pandas starting a new generation in Japan are cosmically low, because it may take an eternity for the Pandas present in Japan to exponentially grow.

Furthermore, more than half of these Pandas will be returned to China in a brief span when their breeding period ends. It is disheartening for a place which is so much in love with Pandas and has worked day and night to ensure their protection.

Pandas are one of the most popular animals in Japan today, and Japanese people have often tried to infuse these creatures in every little thing they do as if Pandas were meant to be of Japanese origin.

But people have no scarcity of optimism and passion here, for the people are making efforts to make sure the breeding continues and Japan can have a sanctuary for them. This is the reason the world can’t get enough of both- Pandas and the people of Japan! 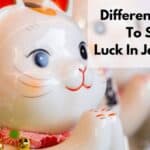 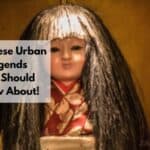