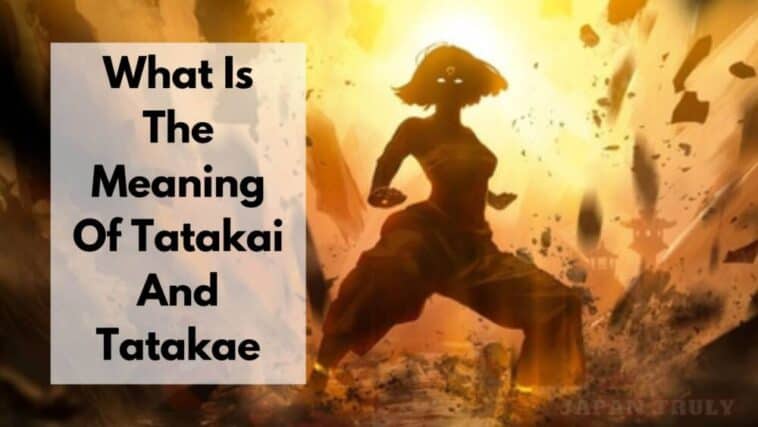 Here’s the real meaning Of Tatakai and Tatakae. Check it out!

Are you looking to expand your vocabulary in Japanese to enhance your anime-watching experience? Well, then words like ‘fight’, ‘to fight’, ‘war’, ‘battle’, ‘attack’ are  great places to start. Stay tuned till the end of this article where we will be breaking down two popular terms and understanding the meaning of tatakai and tatakae.

Have you ever come across the terms-Tatakai and Tatakae? Do they mean the same thing? Although they sound very familiar and quite similar to each other, there is a HUGE difference between them.

And if you have been living under a rock, they are popular terms used in the hit anime action Shingeki no Kyoujin (Attack on Titan).

Both terms are used as an example of a troop command or personal command and have common use as they show up in the media as  “Fight” or “Attack”.

We are here to walk you through these terms, some popular phrases related to them that you can add to your personal Japanese dictionary.

Meaning Of Tatakai And Tatakae

What is the Meaning of Tatakai:

Tatakai (戦い) and Sentou (戦闘) translates into fight or battle. It is a noun meaning war, conflict, struggle and battle. If you think, Tatakai” (戦い) is a familiar term, then you are absolutely right. It is the noun form of tatakau” (戦う), which is nothing but the verb for “to fight.”If you were to use this term in a sentence then one  good example would be:

Whats is the Meaning of Tatakae:

The word Tatakau (戦う) has a prominent Japanese kanji symbol ‘Ikusa’ (戦), which means fight, battle and war. While spelling it, it is done as TATAKAE which uses ‘Tataka’ (闘), which is a kanji symbol that also means fight.

Tatakae can be translated into: Fight! Go to fight! Strength! Go to battle!Now!Do it!

So the term Tatakau (戦う) means ‘to fight’ as in a physical struggle or battle which is a very popular word used by the protagonist Eren from the hit anime Attack on Titan when he yells the word to himself, ‘tatakae’ (闘え) in a mirror.

So, you see the term tatake [戦え] is actually an imperative form of the verb tatakau. It is a form which is mostly used by men to order someone to do something.

To give you a clear example,

Tatakaeba sunawachi katsu (戦えばすなわち勝つ) can be translated into, ‘To win all battles and always be  victorious.

Are you still confused with the above differences? Don’t worry, this will be cleared out in just a minute. Just remember the main difference between  tatakai and tatakae is that one is a noun and the other is a verb.

You will see both the terms being used a lot in anime, while tatakai is used to refer to the war in question, some kind of fight that has happened before or is going on.

As mentioned before, the verb tatakau [戦う] means to fight, battle, war, make war, go to war, and can also indicate against resistance or fighting an opponent.

The Japanese also write both  tatake and tatakai using the ideogram [闘] which also means fight type [闘え]. They also have in their construction the ideogram [戦] meaning battle, war and also departure.

It also makes up the famous word ‘IKUSA’[戦] with the same meaning and can be used to refer to troops and forces.Another similar word that uses the same ideogram is Senzou [戦争] or Sen[戦] meaning war. Both Tatakai and Tatakae are composed of the verb Godan U type tatakau (戦う)

‘TATAKAE IN SHINGEKI NO KYOUJIN’ – Phrase Used in ATTACK ON TITAN:

One of the iconic scenes that made the term Tatakae very popular on the internet can be seen in the fourth season episode 10 of Shingeki no Kyoujin (Attack on Titan).

In the video below, you can find the protagonist Eren repeating the word Tatakae in the mirror-

Episode 10  gives audiences two very different Eren Jaegers. One, the caring and passionate Survey Corps member he once was a few years ago, and two the cold and imposing figure he has become in the present.

It raises the question- what happened to him that shows this drastic change in the protagonist’s behavior? He is imprisoned underground and keeps staring at his cell’s mirror over a sink.

On the other side of the bars is Commander Hange who is observing him while he is repeating the word Fight to himself. She wonders if he is talking to himself or someone else in the room besides her.

He even grabs his superior through the bars and threatens that he can escape from his solitude anytime he wants.

Some Popular Fight Phrases From Shingeki No Kyoujin ( Attack On Titan):

The following are a few famous quotes are from Attack on Titan (進撃の巨人) by the protagonist Eren Yeager:

Fight! You have to fight! Or tatakae! tatakaun da yo!

You can’t win if you don’t fight or tatakawanakereba katenai.

Lose and you die. Win and you live. Or katenakya shinu.kateba ikiru.

OTHER FIGHT WORDS IN JAPANESE:

If you want to expand your vocabulary and show off with friends, then these are a few words you can keep in mind:

It is a verb that stems directly from “kenka” (喧嘩), meaning argument, fight, squabble and quarrel. When you pair it with “suru” (する), which is the Japanese verb “to do,” then the word becomes “喧嘩する,”or to argue or to fight.

A common example would be:

A common example would be;

What is Shingeki no Kyojin (Attack on Titan) about?

In short, Shingeki no Kyojin (Attack on Titan) is a very popular Japanese manga series. The creator of the show is Hajime Isayama. The story centers around the lives of Eren Yeager, his best friend Armin Alert and his foster sister Mikasa Ackerman. All three characters join the military to bring peace to humankind after their hometown gets invaded by gigantic creatures or the Titans who eat humans without reason.

See also  What Does Baka Mean In Japanese?

What is the phrase Eren tells himself in the mirror?

In Season 4 of the series, he keeps repeating the phrase: ‘tatakae! tatakaun da yo!’ or in English ‘Fight! You have to fight!’ Tatakae( 戦え), the imperative form of the verb that  basically means ‘to fight.’

Why does Eren keep repeating ‘fight’ in the mirror?

He keeps repeating tatakae or ‘fight’ to himself in the mirror because to keep himself motivated and to move forward despite the harsh steps he was about to take. He has already seen the future and knows he has to fight to gain full freedom.

How is the word fight used in a conversation in Japanese?

The word “fight” in Japanese  is often used in a supportive, uplifting and encouraging way. In many contexts, the word fighting or fight tends to mean-Go for it, Good luck, Do your best, Don’t give up.
To name a few examples of motivational fighting phrases-Akiramenaide (諦めないで)   which means don’t give up, Gambatte kudasai (頑張ってください) which means do your best,Kimi nara dekiru yo (君なら出来るよ) which means you can do it, Genki wo dashite (元気を出して) which means  cheer up, Sono ikida (その意気だ) which means keep up the good work and Murihashinaide ne (無理はしないでね)which means don’t overwork yourself.

So, there you have it. The meaning and simple difference between the popular terms Tatakai and Tatakae. The repeated expression- ‘Fight, fight, fight!’ has caused a lot of curiosity in anime fans  even before it started appearing in anime action Shingeki no Kyoujin (Attack on Titan).

We hope the above motivational fighting phrases and words have been cleared up and you would be more than happy to expand your Japanese vocabulary.

So, we would love to hear what you think of all this.

Did you already know the meaning of Tatakai and Tatakae? Did you know the difference between the two? Please share this article and tell us what you liked about it below. 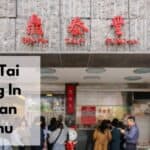 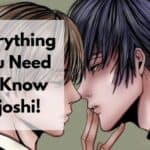