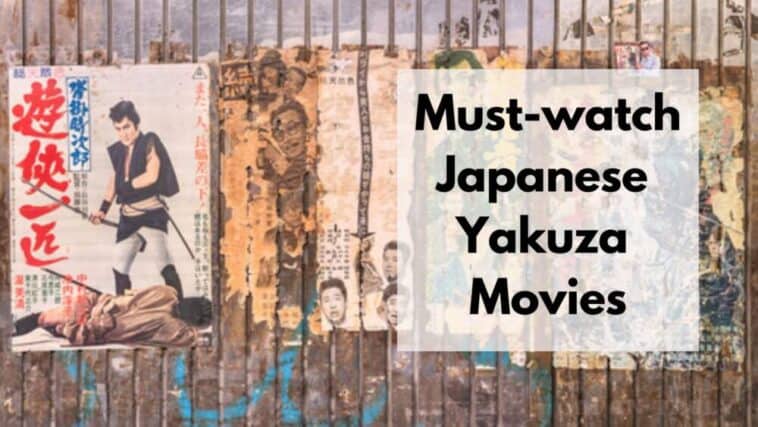 Here’s a list of action-packed Japanese yakuza movies to simply have to add to your movies watchlist!

“Yakuza” is the Japanese term for crime films. It is primarily concerned with organized crime syndicates. People who believe they can take over the world through criminal activity appear frequently in the films.

They hold significant positions of power in a wide range of different industries. Aside from their regular jobs, they’re always running a business of some sort, whether it’s legal or not. In English, they are known as the “Mafia.”

In the 1960s, groups took over. Japanese post-war filmmakers depicted the violent rise of syndicates. Since the release of Akira Kurosawa’s Drunken Angel, Yakuza films have dominated the film industry.

Early Yakuza films featured protagonists who had to choose between duty and feelings. You may be surprised to learn this. The modern Yakuza films depict gangsters who crave power as time goes on. Let’s take a look at the best Japanese Yakuza films now that you’re familiar with the genre.

Which Japanese Yakuza Movies To Watch?

Youth of the Beast

The focus of the 1963 film, Youth of the Beast, is Joji Mizuno, a former detective who was fired and sent to prison. Upon his release from prison, he learns that his former partner has died. Due to his belief that the Yakuza were responsible, he joins them.

He joins the Nomoto organization as a gangster in search of the truth. He also manages to infiltrate the rival organization while he is doing this. Joji will have to exercise extreme caution in order to keep his true identity a secret while he plays both sides of the table. \

Joji struggles to keep his feet on the ground throughout the film, stumbling from one scene to the next. How much longer can he keep this up?

The cast includes Joe Shishido, a well-known actor who has appeared in a number of action films.

This list includes Misako Watanbe, Tamio Kawachi, and a host of other notables. Because the lead actor tries to play Western heroes, the film has a very Hollywood feel to it.

Seijun Suzuki is the director and the film clocks in at 92 minutes.  It is available on DVD and is streaming on the Criterion Channel.

Sonatine was released in 1993. Yakuza films of this era saw a lot of repetition in both plot and action. It was time for a change, and Takeshi Kinato, a Japanese comedian, was the man to bring it about.

He wrote the script, directed, edited, and acted in the film all by himself. Sonatine achieved enormous success, garnering an international fan base. It was hailed as a triumph by critics from all corners of the globe.

Murakawa, a middle-aged Tokyo yakuza, is the focus of the story. Because of this, his superiors entrusted him with the task of resolving a feud between the Nakamatsu and Anan clans.

He does everything he can to get kicked out of the mission, but he ends up taking it anyway. Upon arrival, he discovers that the place is not what he expected.

People have been killed in what appears to be a building explosion. To get away from the situation, he and his partner fled to a nearby beach. A frustrated Murakawa makes an attempt to flee the scene.

The whole movie is a rollercoaster, and you will witness a man looking forward to retiring. The twist might surprise you. Rotten Tomatoes has a rating of 88% for this movie. It even won an award for ​​Best Film at the 1993 Taormina Film Fest. You can rent the movie on prime video!

‘Brother‘ is another 2000 release from director Takeshi Kinato. It was his first American co-produced film, and he directed it. Yamamoto, the main character, is played by him.

A yakuza gang decides to split up, and Yamamoto flees to Los Angeles.  While in Los Angeles, he meets his younger half-brother, Ken, who has become a gang member.

So he decides to form a gang of his own instead of trying to retire and enjoy his life. His half-brother and a few black friends assist him in this endeavour.

What do they want most? Either take control of Los Angeles or perish trying.

In the process, Yamamoto acquires the moniker “Aniki” as well.

You’ll have to tune in to find out what happened when they went up against the city’s most powerful clans.

The Blood of Wolves

Kazuya Shiraishi helmed the film, which was released in 2018.  As the story unfolds in 1988, we learn about the partnership between a new, young detective named Shuichi Hioka and an experienced veteran named Shogo Ogami, who is suspected of having ties to the organized crime world.

The two detectives are assigned to investigate the death of a bookkeeper. Hoika has a hard time trusting Ogami. Given the fact that he always wears a gangster’s uniform.

The detectives work together to solve the case throughout the film. They even get into a fight with a gang. All of this takes place in the absence of any form of trust between the parties involved.

The film’s central conflict is between the police and the yakuza. Action, interrogations, immorality, and more will be on display for you. It also reveals the dark side of police officers, who have a cloud over their consciences. It went on to win various awards and also has a sequel, Last of the Wolves. Watch the movie on prime video !

The 2019 release of this Japanese crime drama was widely anticipated. An aspiring boxer named Leo is forced to work in a Chinese restaurant to make ends meet. As it turns out, he’s got a malignant tumor in his brain.

A yakuza and his girlfriend have a hold on a call girl named Monica. They lead separate lives, but their paths cross when Leo punches a cop to save her. They got themselves into a pickle in the process, and as a result, two gangs are now responsible for their blood.

It’s a mix of the sweet and silly. The yakuza who kidnapped Monica frequently used drugs to subdue her. It’s not easy for her to get out of the house.

Leo was like an angel from heaven. There is a smattering of rom-com thrown in for good measure. It’s surprising to see a film directed by Takashi Miike. Even though he’s known for making violent movies, with First Love, he tried something new: a love story.

The movie has a 97% rating on Rotten Tomatoes and the runtime is 108 minutes. If you want to watch Leo and Monica try to survive and make the most of their time together, head to Peacock!

Special Mention: Under the Open Sky

Under the Open Sky is a welcome break from the gruesome violence and gore of Yakuza films. The film was directed by Miwa Nishikawa and released in 2020. In this story, Mikami, a middle-aged ex-yakuza, is the protagonist.

He’s been in prison for 13 years for murder, and when he gets out, he wants to get his life back on track.

He meets a TV producer while he’s trying to fit in and hopes she can help him find his mother. Trying to drag him back into the criminal world, Mikami’s behavior from his previous life tries to overpower him.

However, his will to make things right in his life is stronger. His relationships are strained as a result of the tug-of-war. This film examines what happens after a yakuza leaves a rehabilitation center and how it affects their lives.

Moving on from male protagonists, some filmmakers began to focus on female yakuza. Female Prisoner #701: Scorpion is one such film. The film was released in 1972 and focuses on female prisoners.

Nami Matsushima / Matsu the Scorpion is played by the legendary Meiko Kaji. She was sentenced to prison for a long time after her boyfriend set her up. Nami joins a roster of 700 inmates already housed in the facility.

In the company of sadistic guards who enjoy torturing women, she is in peril. She has made it clear that she will exact her vengeance on those responsible for the atrocities committed inside the prison.

The Japanese film industry has produced a wide range of films. Yakuza films are a type of gangster film that focuses on crime and organized crime. Following the war, the industry was also influenced by the West.

As a result, the filmmakers experimented with a wide range of storylines that featured a variety of violence, cruelty, gore, and immorality. Women, as well as men, began to be depicted as yakuza over time. Don’t forget to add these movies to your watch list. 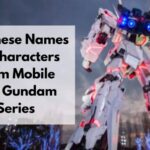