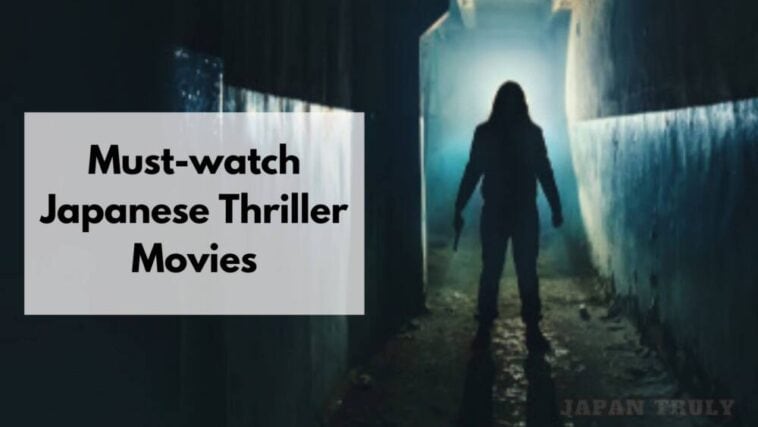 The Japanese film industry has been booming with different kinds of movies. In recent years, the films have gained an international fan base. On the other hand, Hollywood has taken inspiration from various movies and is adapting the same.

Japanese thriller movies have created a buzz because of the extraordinary storyline. The main focus lies in creating the right kind of suspense.

Viewers are now getting inclined towards these movies. The twists and turns will keep you on the edge of your seat. In this article, we will talk about the best Japanese thriller movies. Let’s have a look.

Which Japanese Thriller Movies To Watch?

The Forest of Love

Sion Sono directed this film, which was released in 2019. The film is based on a series of murders, extortions, and tortures committed in Japan in the late 1990s, all of which were based on actual events.

The plot revolves around a group of young filmmakers who are interested in making films about illegal activities. When they meet a girl, they are manipulated, swayed and influenced by an older man, all at the hands of an older man.

Eventually, they’re all listening to what the man is saying. It’s difficult for them to work together because of their own internal conflict. They all eventually become trapped. Futoshi Matsunaga, a convicted felon, is the inspiration for the film. He was convicted of murder and manslaughter and faces the death penalty.

Another 2019 film that went on to win four Academy Awards. It is the first Academy Award-winning film made in a language other than English. It is based on a play written in 2013 by director Bong Joon-ho. The story revolves around a poor family that infiltrates the home of a wealthy family as servants.

The Kim family, who live in a small basement apartment, is the focus of the story. They’re strapped for cash and looking for a way out. Finding out that Park Dong-ik, a wealthy man, has a daughter, the son decides to tutor her.

Once he begins tutoring, the family devises a plan to infiltrate the house by posing as highly qualified servants.

When the Park family is away, they begin to enjoy the lifestyle and lead extravagant lifestyles of the rich and famous. When they discover a secret in the basement, their world is turned upside down.

There is a clear depiction of the class divide in the suspense thriller. You can clearly see how the rich and the poor share the same home but have very different views on life. After watching this film, you’ll be hooked for the entire 132-minute runtime. This film is a must-see!

In 2010, another Sion Sono film was released. As the story of the Cold Fish unfolds, we learn about the life of Nobuyuki Shamoto, a middle-aged fish seller. Mitsuko, his rebellious daughter, occasionally abuses her stepmother.

She was eventually apprehended for shoplifting and the owner of the store called Shamato. It is Yukio Murata, the store’s owner, who extends the invitation to Shamato.

Soon after, he proposes that the two of them work together to open a large retail establishment. It’s good news for Murata’s wife to hear about this.

The couple at first appears to be friendly, but their true selves soon emerge. In order to save his loved ones, Shamato will have to do anything and everything he can. Film is loosely based on the two Tokyo serial killers.

Watch this if you are a fan of gruesome murder scenes or serial killers. In addition, there’s a dash of dark humor to keep you going.

The novel Devotion of Suspect X served as the inspiration for the film’s plot. The plot revolves around a divorced single mother who kills her ex-husband by accident. Tetsuya Ishigami, a mathematician who lives right next door, helps her cover up the crime. To protect the mother and daughter, he devises a flawless alibi for them both.

Two detectives, on the other hand, assume control of the investigation and consult renowned physicist Professor Manabu Yukawa. First, he refuses to help but after learning that his classmate lives next door, he jumps in to help solve the case. In the end, the classmates find themselves arguing over who is right.

This isn’t your average thriller. The most fascinating aspect is the battle of intellects between two eminent scholars. You’ll be engrossed in the conflict between the two and chomping at the bit to find out who comes out on top.

The movie topped Japan’s box office for four consecutive weeks. It has 7.5 stars on IMDb. Although this movie hasn’t reached a wide audience, you should definitely watch this movie.

Takashi Miike is behind the camera for this Japanese horror-thriller. Shigeharu Aoyama, a widower, is advised by his son to look for a new love interest.

A  TV producer friend of Shigeharu suggests casting a young woman in the role of the husband. The widower gives his approval to proceed with the plan.

After a few auditions, they discover Asami. When he first saw her, Shigeharu was skeptical, but something about her compelled him to pursue her. Soon, they were dating, and he ended up at her apartment, which was completely empty.

The story takes a turn for the worse when the mysterious girl begins having sexual relations with the widower. As he digs deeper into her past, he uncovers dark secrets that have the potential to cause havoc for everyone involved.

This film is extremely gruesome and contains numerous sexually explicit scenes. You’ll feel your stomach churn as you watch the psychotic girlfriend do everything she can to keep things the way they are. Rotten Tomatoes has an 81% rating for this movie and the runtime is 113 minutes.

Battle Royale, the highest-grossing Japanese thriller film, is based on the 1999 novel by Koushun Takami. The story focuses on Japan in the 21st century during a period of severe economic downturn. Everything is out of whack and under the thumb of the government’s totalitarian control.

A group of young students is sent to a remote island. There are three days in which they must stay and fight to the death until only one person emerges victorious. They’ll have everything they need, from maps to supplies to a weapon, delivered to them.

You’ll get a glimpse into the minds of young people throughout the film. They’ll do whatever it takes to come out on top. In the aftermath of the gruesome murder of the classmates, you will feel utterly disgusted.

A lot of people were upset with the movie because of the original story but there are still many comics, games, and other products based on the concept.

Not only will you be able to witness a horrific act, but you’ll also learn about the issues that teenagers in the 1990s were dealing with. It will open your eyes to a whole new world.

The World of Kanako

Adapted from Hateshinaki Kawaki’s novel of the same name, the film was released in 2014. The plot revolves around an ex-police officer who has lost his job, as well as his wife and daughter. As a result, he becomes an unstable alcoholic individual.

One day, his wife gives him a call to break the news that their daughter, Kanako, has gone missing. He doesn’t waste any time and jumps right into taking action and starting the investigation. In the process, he learns a great deal about the past of her daughter.

He never considered it and does everything he can to ensure that his daughter is safe. To his horror, he learns something heinous after interviewing everyone from her high school.

You should see this movie because it takes a lot of unexpected turns and twists. You can forget about the gunshots, there’s a lot more to this movie than that. You’ll find something strange and disturbing around every corner. There are 118 minutes in the movie.

Thriller films made in Japan always manage to hold the attention of the viewer. MILLIONS of people have been captivated by the plot’s unexpected turns and the originality of the storyline. As previously stated, this has a significant impact on the Western world. The Grudge, Paranormal Activity: Tokyo, Tormented, and a slew of other films have dominated the box office.

It is important for you to keep an open mind whenever you watch movies like these. The concept is mostly gruesome and requires a strong heart. Despite the film’s subject matter, the characters are what give it life. Psychotic characters will scare you more than ever in many films. The addition of strong dialogue and music in the background is a bonus. Don’t forget to add these to your list of things to binge-watch. 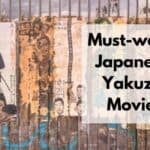