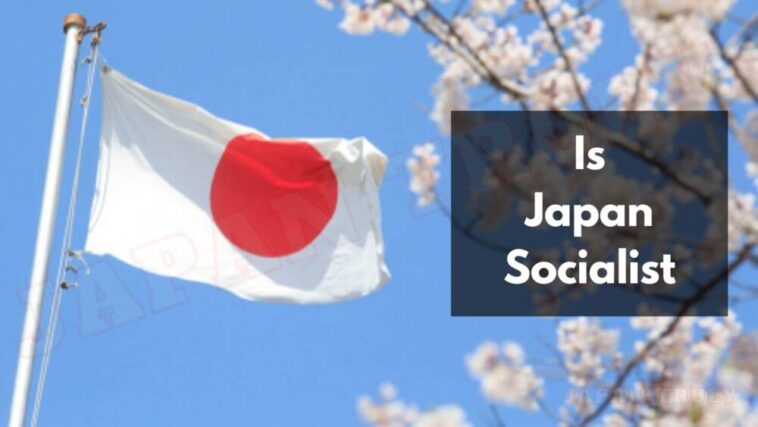 Wondering is Japan socialist? Here’s everything on history of socialism in Japan. Check it out!

For the most part, Japan is a capitalist country. However, we cannot ignore that some socialist traits remain.

For the most part, the Liberal Democratic Party (LDP) has ruled Japan in the post war period. Japan is considered to be a democratic country, but still acknowledges its history of monarchy with the presence of the royals. It is also said to be a constitutional monarchy, meaning that the Emperor’s role is only ceremonial in nature.

When the Wall of Berlin fell, it signified the end of the Cold War. It also saw the downfall of left wing forces, including the socialists and the communists.

At this time, in the West, the socialist parties lost all public support and in turn, their power, and the Eastern communists lost their power as well.

Before this, socialism thrived in Japan, but it soon lost its foothold in the country.

First, let’s understand what is a socialist country

What is a socialist country?

It can be quite difficult to define what a socialist country is. In general, socialism aims to bridge the gap between the rich and the poor of a country.

Socialist countries run on the philosophy of socialism. That means that the government controls the production and distribution of all goods within the country, including crops and services. The government has a tight grasp on the economy and how it functions.

In a socialist country, people aren’t allowed to own anything for themselves. Instead, they are dependent on the state.

There is no private ownership of any sort. Instead, all forms of production, distribution, and exchange are owned by the public. This is to ensure that all profits are shared equally.

Socialist countries can be run quite progressively or extremely conservatively. This is dependent mostly on the level of corruption in the government.

Most countries that have adopted socialism find their basis in the Marxist Leninist model that was originally created by the Soviet Union.

This is why many consider communism and socialism to be the same. The line dividing the two is blurry. But it should be noted that communism is a more intense and specific form of socialism.

That being said, there is no country in the world that is completely socialist or communist. Although some countries are a hybrid democratic socialist.

We cannot talk about socialism without talking about capitalism. Capitalism is the opposite of socialism. In this ideology, there is private ownership of production. The government has no say in the production or pricing of goods. So, the value is determined by supply and demand.

Socialism is a rather idealistic concept. There is no rich or poor. However, in a realistic sense, no country can survive being purely socialist. An example of this is the former Soviet Union.

History of socialism in Japan

It was during the Meiji period that socialism was first introduced in Japan. The Christian missionaries who traveled to Japan brought with them this idea. But it wasn’t until Japan began to industrialize that socialism gained attraction from the Japanese.

The Freedom and People’s Rights Movement, also known as the Free Civil Right Movement, was founded in the late 1800s. This is considered the forerunner in the development of socialism in Japan.

The Social Democratic Party was the first socialist political party in Japan, but the government banned it soon after it was formed.

Over the next few years, Japan saw many socialist parties that came into existence, including Japan Labor Farmer Party, Social Democratic Party, and Socialist Masses Party. But none lasted for too long.

The Japan Socialist Party was formed in 1945 in Japan and existed till 1996. The party soon lost popularity during the Gulf War. It later saw a huge loss in the local elections.

Towards the end of its rule, the citizens of Japan began to question the JSP’s lack of realism and its decision to maintain neutral ground in world politics.

In 1922, as part of the Comintern, the Japanese Communist Party was founded. This party has gone on to become one of the largest non governing communist parties in the world.

The party aims to change the country’s economic policy from one that serves the interests of large corporations to one that puts the people’s interests first. It also aims to protect the rights of people by establishing democratic rules.

The Japanese Communist Party is considered the most progressive party in Japanese politics. It has openly opposed the existence of the Imperial House and the use of the national flag and anthem.

What kind of socialism does Japan have?

As mentioned above, no country can exist as a purely socialist country. Japan follows some traits of socialism, but it has adopted capitalist ventures to protect its citizens and provide them with safety nets of sorts.

This ensures that the country doesn’t crumble and suffer miserably like past purely socialist countries have. In fact, Japan has a collective capitalism system.

The socio economic policy in Japan is created in a way that there are safety nets for the citizens.

This is a way to establish social justice and economic equality in the country. In comparison to purely capitalist countries, the struggles of the citizens of Japan are much less.

Some of the socialist features of Japan are as follows:

After many reformative policies, there was some privatization of businesses and institutions. But since there was no strict implementation of these strategies, Japan is somewhere between socialism and capitalism.

The following are some of Japan’s socio economic features:

After its fall, the JSP was finally disbanded in 1996. Now, the only political representation of socialism in Japan is a minor party called the Social Democratic Party. It occupies four seats in the National Diet of Japan.

Socialism failed in Japan because it lacked realism. It focused more on the foreign ideas it took from other countries and their socialist waves rather than the social injustice and inequality from within.

It is clear from the above points that Japan’s take on incorporating socialist traits has worked remarkably for the country. Japan has built a successful economic system by maintaining a good balance between socialist and capitalist traits.

Japan can boast about the distribution of wealth because it is so well maintained. So much so that it has significantly reduced the total number of low income people.

It was estimated that only 9% of Japanese households had net financial assets lower than $10,000, but in the USA, it’s almost 28%!

This shows how Japan’s socialism centric economic system is working well. These socialist economic measures taken by Japan are also taking care of the disadvantaged and underprivileged people of the country. It has also stabilized the economy and social equality is more established.

What type of government is Japan?

Along with a constitutional monarchy, Japan also has a parliamentary government. The head of the government is the Prime Minister.

Is communism the same as socialism?

Communism is an intense and specific form of socialism. Communism is a political concept while socialism is economic in nature. The difference between the two is not clear cut and the two terms are used interchangeably.  The main point of difference is that in communism, the economic resources and production are controlled and owned by the state. But in socialism, all economic resources are shared equally among the citizens.

What is the disadvantage of socialism?

Some of the disadvantages of socialism are slow economic growth, a potential lack of motivation by individuals, and less entrepreneurial opportunity and competition.

Is there a welfare system in Japan?

Japan has a very well established welfare system put into place. It takes care of the underprivileged and disadvantaged by providing public assistance that covers basic living expenses, health insurance, housing costs, and much more. 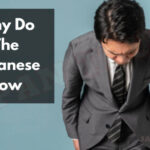