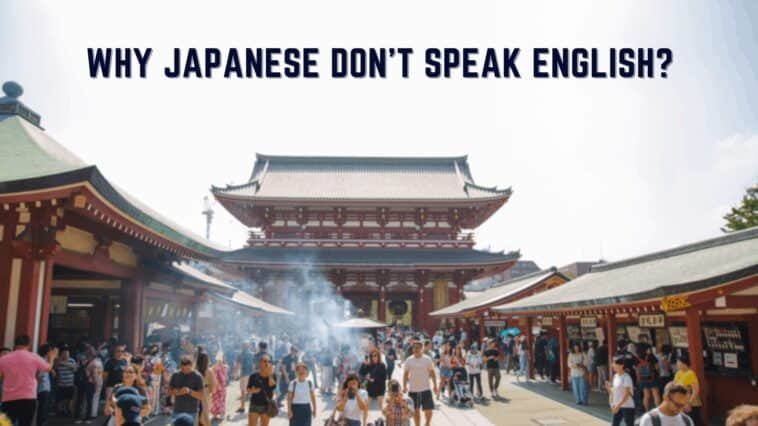 Have you ever wondered why Japonés don’t speak English? Well, yes they don’t. Find out the reasons for your question right here.

In this era of globalization where English has become the necessity, the people in Japón do not consider speaking as important. Despite being in touch with the language for 12 whole years, still, the Japanese don’t speak English.

Learning a language is like acquiring a skill, it depends on personal strengths and weaknesses. For some, it’s a piece of cake while others consider it a mammoth’s task.

People in Tokio still speak in English sometimes, otherwise, there’s hardly any culture to learn a new language. Why Japanese don’t speak English is because it’s common to not know a foreign language in Japan.

Japanese don’t speak English because they do not use English speaking practically. Their English knowledge is book-based with lack of confidence in building a conversation. Japanese style English is more popular there, where they’ve built their own vocabulary of Katakana words which are derived from English for their own convenience. They’ve also come up with their own version of  Japanese Engish called “Wasei Eigo”.

Studies show that in Japan English speaking percentage’s population is less than 30 where only 2% of them can speak fluently.  Is it easy for Japanese to learn English? Is it not? Let’s find that out.

Even those who excelled in the English language didn’t know it that well when they were faced with the reality of speaking English with other people. Why is that so?

Japanese English: Learning small things and ignoring the reality of the language

At Japanese institutions where English is taught, practicality is not considered. They do not focus on using the knowledge of what was learnt in school. Rather, it is just mugging up for the students.

The English taught in these Japanese institutions are limited to only “reading” and “writing”. Students just learn to pass their exams and hardly care about developing a habit of speaking.

Higher classes ask the students to write long thesis papers, which has no practical use either. Students do not have a basic understanding of grammatical compositions and also have a very limited vocabulary.

English teaching schools have an extremely traditional method of teaching. The teacher instructs the students from the backboard and the students quietly take down notes from it. This method isn’t suitable for acquiring a language skill.

Even the teachers aren’t highly qualified to professionally teach the language. Sometimes, they only teach to fulfil the gap. There should be a more practical approach where students and teachers interact in class for learning better.

However, speaking English is still seen as an extremely complicated task by the Japanese. Studying the language is not only about studying but also about improving skills by making mistakes which are lacking in Japanese- English schools.

The teacher is the only one who speaks, students listen and repeat whatever is being just to learn the pronunciations without properly knowing the concept of the language.

Japanese English Classes: Speaking but not learning the skills

In the Japanese English classes, all the things are taught but still, there’s hardly any scope to put it to use. Since there is no space to practice the language, people do not know how to practically use it.

The ultimate truth is that people in Japan simply do not know how to use it. Quite often than not, people convert Japanese to English while speaking which again goes wrong.

There’s also no time to practice it. Japanese people hardly meet people outside Japan so the opportunity for conversation is quite less. Generally, people do not have much contact with English.

People only watch English videos and mostly with Japanese subtitles, this is how they become equipped with Japanese style English and not the original English.

To know a language- it is not necessary to have a great vocabulary or knowledge- it is only necessary to develop the skill. Even if one knows all the theoretical rules one doesn’t need to be good in practically speaking it.

It is really important to develop speaking skills in the language to be fluent. The conversation is more important than simply being able to pronounce words.

Just stuffing your brain with knowledge will not make any sense. Understanding and using it to communicate will help one understand the depth of the language better.

Fear of Making Mistakes and Missing out on Opportunities

Making mistakes is a great way to learn new things. This is missing out of people from Japan as they think making mistakes will put them down. This is one reason why Japanese don’t speak English.

In classes, Japanese speaking English are not encouraged to make mistakes. They rather make an environment where everyone repeats after the teacher and wants to be perfectly correct. They don’t challenge themselves to learn something new. This is a reason why Japanese don’t speak English.

They usually take the “Japanese Route” and focus on avoiding to be embarrassed due to making mistakes. Japanese people are usually shy and their communication comes along with it.

For people in Japan, knowing English isn’t necessary. It is usually treated like an additional skill which isn’t indispensable. This happens especially outside Tokyo, in the regions like Osaka and Kyoto where the opportunities are also less.

There’s only one language that is being taught in the name of a foreign language- English. Still, people are not well-skilled in that language. Why Japanese don’t speak English has a reason similar.

With the advent of Japan being popular for tourists, there’s a great desire to learn English. But, the desire often ends up in “wanting to” and hardly people move forward actually learning it.

Japanese people are not able to understand English expressions as they hardly know about the language. Japanese only buy goods with these expressions because they look cool with zero intentions to actually knowing what they mean.

The Japanese speaking is a majority in Japan even after non-Japanese migration in the country. There isn’t really a requirement for everyone to learn English in order to communicate with other people. This is why Japanese don’t speak English.

Japanese are proud of their rapidly growing culture in all the sects: from food to IT, everything is absorbed and famous globally.

Japan is known for picking up an international concept and building a unique Japanese English twist to it. It is widely prevalent in food like the omelette turning into omurice. Or rather Japanese have incorporated English into their culture in a different way.

Abbreviations like these have a big influence on Japanese people. They do not want to change and rather influence native English speakers to change their ways and adopt the dictionary of katakana words

Wasei Eigo, the so-called Japanese English also prevents them to speak or learn the English language. It lets the Japanese assume that it is the right form of English and bars their language growth.

LEER  Why Japanese Melons Are So Expensive

If you hear the word tension, it means emotional strain in English but in Japanese, the meaning is entirely different. It means getting excited or being extremely pumped up for something.

English words are incorporated into Japanese where the meanings turn entirely different. English speakers would not understand the meaning of the sentence without being told. This completely defeats the purpose of learning a new language.

Another example of this would be the Japanese saying, “I want an image change”. This sentence in Japanese English means they want a makeover with hair styling, make up etc. But in actual English, this doesn’t make sense and the grammar is also wrong.

Japanese call video games as “game soft” which comes from the game of video games and soft from the software. This might be fine for the Japanese to understand English in an easier manner but it ruins the essence of a language.

Japan is full of people who speak in English but just not in the right way. They use several different Japanese-English words. This has a high impact of English language to Japanese as they use it however they like it.

However, if you visit Japan, don’t hold yourselves back thinking that Japanese people do not speak English. Rather try speaking in English slowly so that people can understand and learn more in a practical way.

This way it leads to a conversation even if it’s short. But the person speaking will have great confidence and opportunity to speak and learn more. It is now clear why Japanese don’t speak English.

As Japan grows further and becomes more advanced and global, it requires English more. If the Japanese master speaking in English by understanding the factors that hold them back, they can surely change the future of Japan.

Once people are equipped well with English, Japan’s horizons will expand in all sects. The country will see a boom in the tourism industry as well. 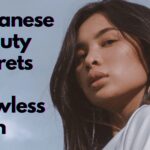 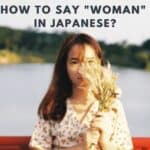