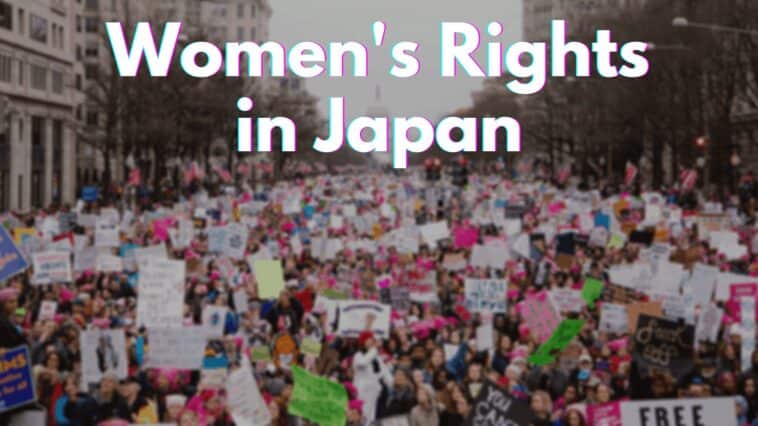 Japan has come a long way in terms of gender equality but where does Japan stand in Its approach to women’s rights. Read on to find out all about the rising feminism in Japan and its sexist culture!

There is a lot to appreciate when it comes to what Japan has done for women. In 1896, women were finally allowed to end a senseless marriage.

One of the previous rules stated that a woman was not allowed to remarry for at least 6 months until after her earlier marriage was dissolved. The rule is now shortened to 100 days, considering men could have been the one’s at fault here.

Women faced disrimination in the workplace after the economic boom in 1986. Upon getting married or pregnant, women were asked (or suggested) to leave the workplace in addition to the constant harassment. Thus came

El Equal Employment Opportunity Law that year to help women come out of this and grow. The initiative by the government seemed good intentioned and legitimate, at least on paper. The list is endless,  but they all seem to step from a need that should have been fulfilled in the first place.

Where Does Japan Stand in its Approach to Women’s Rights?

Economically speaking, it’s true that Japan falls under the most sought-after label of ‘most developed’ countries globally. It is true even in cultural terms. But while shedding light on social and internal political aspects, calling it ‘developing’ is more appropriate.

Women are Speaking Up for Better Political Representation

Japan has come a long way. In the 2019 elections, Japan witnessed a significant (and quite frankly, surprising) rise in the number of elected members of the upper house of the parliament, where 104 of the 273 members elected were women.

This was a result of a law passed that was passed by legislation in 2018. It stated that all parties must make efforts to ensure that the number of male and female candidates are equal.

It’s true that the numbers aren’t close, but considering the history of Japan, the country has made quite a stride.

Meiko Nakabayashi, a former politician turned professor, opined that this change meant that women will now feel represented from a leadership position, leading to more women speaking up.

Seeing that there is a chance for women to reach a position of power and make a tangible change is an encouraging, if not overwhelming reason for more women to go and vote.

When that happened, the Japanese women remembered the brave and daunting story of journalist Shiori Ito, who intrepidly narrated the events that led to her rape. Unsurprisingly, that story was received with a bigoted response of the Japanese government in handling the situation.

Rage, uproar and wrath were displayed when the police refused to arrest the man responsible for this, a former bureau chief.

2017 set out to be a groundbreaking time in Japanese history. The culture of silence was finally starting to come to an end.

Seeing Ito fearlessly challenge the worst, more women made valiant efforts to speak up against wrongdoings and harassment that they face often.

Japan rectified rape laws after the upheaval caused by Ito’s eye-opening documentary that documented the facts and hard truths of the case.

This suddenly made rape laws effective for men and boys as well, which led to more growth in support from the male population as well.

As gender equality campaigns gained more popularity, it was becoming clear that women were being heard now. Women were rallying on streets about #metoo, #wetoo, #withyou, Voice up Japan and many more.

Staying quiet and adjusting to the culture was not something that’s acceptable anymore.

That being said, to be granted a right to do something becomes more permissible than something that is supposedly fundamentally integrated and automatically applicable.

Women having to fight for their rights and gender equality is a persistent struggle.

As good as Japan seems on paper, there are hidden truths that were revealed in the 2018 World Economic Forum’s annual gender equality report which it listed the country at the 110th rank amongst 144 counties.

In the same report, Japan ranked 125th in the political environment criterion. Some people even refer to this as an “international embarrassment”.

The contrast is appalling. While it seems to the rest of the world that Japan is the world’s most well-heeled, democratic country, it has always kept its women at an arm’s length when it came to “allowing” women to enter the field of business and politics.

Social norms and conditioning can be ruthless. Although not set in stone, the cultural and societal expectations that constitute the role of a woman in the society limit their contribution to the society and proliferating and reproducing machines.

In other words, their only ‘job’ is to give birth and raise children in order to feel like they have something to offer.

Despite the prevalence of that, women have managed to make it into the workforce with hopes and dreams of actually having a career.

Considering that 69.6% of the women population of Japan are working women, you’d think there’d be a mildly significant number indicating women holding a position of power, but that all just is a facade.

LEER  Tokyo Itinerary 3 Days and What To Do

Women’s representation in leadership positions or even senior positions remains deep below.

When women sat for placements in their universities, recruiters posed these questions to the female students that were applying: “Do you have a boyfriend?”, “Will you be giving up your job if you get married or pregnant?”

These students assumed that these were simply routine questions because this behavior is deep conditioned into them.

Besides, women find it impossible to go back to birth after childbirth for two main reasons. First, they are told that it becomes an additional burden. Second, the lack of daycare facilities and support from their spouses limits their options.

Additionally, there are very few policies set in place by the government to help mothers in their postpartum career growth.

After all this, the Japanese women find it, fairly I should point out, pointless to find new jobs especially if all they’re going to find is an entry-level job with an added responsibility of homely duties.

If that wasn’t enough, some institutions actually hold women back from succeeding after their attempts to succeed.

An article revealed that a medical school in Japan had been altering scores for far too long to steal opportunities from women simply to exclude them.

Not only that, scores to pass any test are set highest for the women because they perform better.

Apparently, it takes away a ‘fair chance’ from the men to be eligible for the position. Japan’s sexism issue runs too deep.

The fact that women have to choose between having a family only to let go of their hard-worked career or to let go of any familial aspirations in order to fight in a cut-throat and biased market only proves that life for women in Japan is conditional.

Statistics from the Ministry of Internal Affairs and Communications dictate that of all the women who seek employment and are employed, 56.1% are stuck in an endless loop of entry-level jobs or even part-time ones.

Reports have been made about how Japanese women aren’t considered for promotions as often as the men are.

In 2018, Teikoku Databank Ltd. revealed that the company only held 5% of the companies employees in senior positions and the total percentage of women on the board were a shameful 7.8%

One of the main contributing factors to this is the tax laws. The tax deduction system in Japan benefits married couples if one of the spouses (people always assume the wife) makes less than ¥1.5 million (around $13,000) in one year.

When that happens, the other spouse can claim the low earning spouse as a dependent and is exempted from paying taxes and in fact claims it as a return.

The government is trying to do something about it. Prime Minister Abe’s “womenomics” initiative proved to be a bust.

Stemmed from the realization of women’s underutilized potential to contribute to economic development, the minister hoped that an addition of 7.1 million people to the workforce would lead to a 13% rise in the country’s GDP.

After all, women constitute 51% of the entire country.

Little did we know, his hypocrisy is evidently visible in the Prime Minister’s cabinet. Guess who the Women’s Empowerment Minister in the Japanese cabinet is? A woman. Satsuki Katayama. The only woman in a group of 24. Japanese women’s rights require a lot of changes in this regards.

Abuse, Harassment, and Assault are Common Amongst Women in Japan

Japanese people have cultured themselves to be silent as there are so many impending rape cases, assaults, and harassment cases that go without being complained off. According to 2012 government statistics of Japan, every 1 in 15 women suffered assaults and 95% of victims don’t report the cases.

Japan might seem like an ideal place because of the low crime rate but the truth is that the cases are just not reported even though it’s low. On complaining, victims are expected to demonstrate the horrifying incident with life-sized dolls which only traumatizes them further.

Victim blaming is prevalent in Japan and sufferers are often suppressed. Chikan is one of the worst things that happen to women in Japan where they’re groped by men and assaulted on the train and stations. Japan Women’s Rights need to be changed as soon as possible.

Women’s rights in Japan were taken into account soon after World War II but they have utterly low economic standards in terms of pay, value, etc. The employment rate is 64.6% amongst women in labor force.

Where does Japan stand in its approach to women’s rights?

Japan stands pretty low in women’s approach as it was ranked 110th amongst 144 countries in the 2018 World Economic Forum’s annual gender equality report. The country ranked 125th in political empowerment which is even lower. The country has no stand for women.

True, the government has taken initiatives to adapt to the changing needs of new families, while unwillingly succumbing to international pressures. But not much can be done until changes are made from the root level, from an organizational standing.

It all comes down to this, to break the glass ceiling and allow women to rise to the potential they portray, one would first have to break the fourth wall, a shroud behind which hides the realities and stories of struggling women who supposedly have a say and space in the ‘democratic’ country. 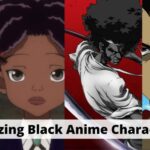 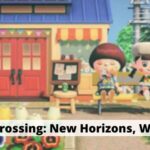