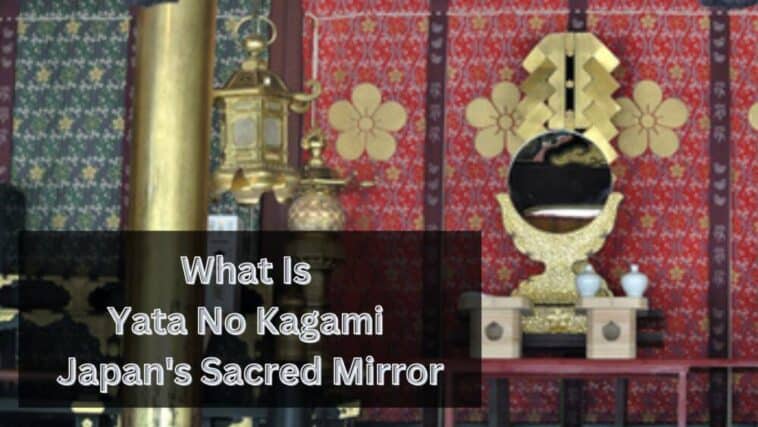 Are you looking for a miracle worker? Check out Yata no Kagami Japan’s Sacred Mirror! This artifact is said to have miraculous healing powers and can help you in many ways. Read on to find out more!

Do you know what it feels like to look in a mirror for the first time? To ancient Japanese people, mirrors were full of mystique – a source of fascination and wariness all at once!

Babies smile, dance and laugh when they notice their reflection for the first time, even if they can’t stand up. Dogs bark and run full speed and try to play with themselves thinking there is another pup on the other side.

Cats stare, stop and even pounce on this ‘so-called intruder.’ Don’t act so surprised, even adults are no exception.

We tend to see something unexpected and shocking in a mirror-like gray hair or a wrinkle in the morning.

Have you ever stopped to imagine how it must have been in ancient times? How did they feel when they caught a glimpse of their reflection in still pools of water for the first time?

Yata No Kagami – The Sacred Mirror

El Yata no Kagami (八咫鏡) meaning Eight mirror is a sacred mirror and unit of measurement in Shintoism and is a part of the Three Imperial Sacred Treasures or Three Imperial Regalia (Sanshu no Jingi).

It was used in the enthronement ceremonies to welcome a new Japanese emperor. According to Nihonshoki or Chronicles of Japan, this mirror was also referred to as ‘Mafutsu no Kagami mirror.’

The mirror represents wisdom and honesty and is known for its special ability to reveal the true nature or truth of whatever is reflected. In ancient Japan, mirrors represented truth as it reflected what exactly was shown.

There were considered objects of reverence and mystique with the Yata no kagami being no exception.

According to Shinsuke Takenaka at the Institute of Moralogy,it was regarded as the most precious among the three sacred treasures. It was also a sacred Japanese body that researches ethics and morality.

LEER  Why Are A Lot Of Japanese Restaurants Closed On Mondays?

The Origin of Yata No Kagami

According to Japanese Mythology,  mirrors are said to have divine power that can reveal the truth about certain things. The Yata no Kagami was used in the imperial ceremonies and represents the wisdom of the emperor.

According to the great Japanese history and legend Kojiki, his ancient written record said that the Yata no Kagami was made by the deity Ishikoridome no Mikoto.

After the Sun Goddess Amaterasu Omikami had an argument with her brother Susanoo, the god of the sea and storms. He challenged her to a contest to see who could produce more gods.

While Amaterasu took Susanowo’s sword and made three gods, he took her jewels and produced five goddesses. All was peaceful until her brother destroyed the heavenly rice fields and butchered the heavenly horse.

Amaterasu hid behind the Ama no iwato, the gate of Celestial Rock Cave taking the light of the world with her. Enraged by this, her brother sent a party to lure her out.

Amaterasu made a small opening in the rock gate and was dazzled by her own reflection in the mirror. This reflection made her come out of the cave and she patched things up with her brother, bringing light back to the universe.

The mirror and the other treasures were given by the Sun goddess to her grandson Ninigi during Tensonkorin (the descent to earth by the grandson of Amaterasu Omikami).

She issued a divine decree to enshrine the treasure mirror or Shinchoku to have this mirror enshrined with her own reflection.

According to the legends, the goddess told her grandson to serve this mirror as her soul, just as he would serve her, with a clean mind and body.

The Description of Yata No Kagami

The Yata no Kagami was a round mirror with a diameter of forty-six centimeters and a circumference of four ‘ata.’ ( a unit of measuring the circumference, one ata is equal to twenty-four centimeters).

There are a few Japanese signs found at the back of the Mirror of Yata, out of 37 signs, 11 appear to have Japanese script.

You can also find 12 signs on the mirror which represent the early Japanese calendar  12 months or moons. There are also 3 Hiragana ‘Hi’ Signs that represent 3 Suns of Dawn, noon + sunset.

We can also see 7 signs of Amaterasu’s reflection that represent the seven days Venus is lost in the sun. Below the mirror, we can spot 18 signs that represent the 18 hottest days of the early Japanese calendar ( 18 sun days before fall equinox).

On The Mirror of Yata, there are three early Japanese syllables-the ‘ra’, ‘wa’ and ‘hi’ syllables. The Japanese Hiragana syllable ‘hi’( also called bi or pi) means sunshine or day which is used to represent the mystical principle of Yang.

This also relates to the mythology of the mirror as  Amaterasu represents the sun personified and relates to her reflection in the mirror that enables her to restore light to the world which works out in the philosophy of harmony of Yin and Yang.

The Japanese Hiragana syllable ‘wa’ comes from the Chinese symbol meaning peace, and harmony. It is also a representation of a flute beside a tree.

The mythology tells of a sacred tree that was decorated with nine jewels and the mirror outside the cave of Amaterasu, identical to the Chinese origin of was. Thus, harmony results once she comes out of the cave.

Finally, the Japanese syllable ‘ra’ comes from the Chinese symbol liang meaning good or virtuous. The Chinese liang symbol is a pictoglyph combination of eye + knife and woman symbols telling us the mythology of  Amaterasu who was born from the eye of her father Izanagi.

The Significance of Yata No Kagami

A  mirror allows a person to see themselves clearly and from what we read about the story and origin, these questions come to mind- how can this mirror represent wisdom? Why was the goddess Amaterasu interested in such a thing?

To answer the first one, mirrors are also used to view something which is not directly visible. You first need to be able to perceive who you actually are without any illusion which could be the first step to acquiring wisdom. Well, all this cannot be seen directly of course.

It is the foundation of all abstract thinking and artistic pursuits. By attempting to grasp what cannot be seen, it enables us to understand, perceive and learn things beyond the limitations of one’s current state and thus enabling transcendence.

This is very important because we live in a fantasy world of faulty beliefs or people who are trapped in their own delusions about the nature of reality and of themselves. One day, all these illusions will be shattered by the hard edges of reality.

To answer the second question, a goddess can represent that which is eternal, and act as a guide to universal values, ethics or a code of behavior with the aim of guiding society.

The mirror for her was therefore the value of seeing the truth, and the only thing that will save oneself from whatever it is you are seeking to be saved from.

Why are the Japanese Imperial Treasures so significant?

According to Shinto which is Japan’s unofficial national religion, there is a huge emphasis on rituals to maintain a connection with the spirits which intervene in human lives and the past.

The Imperial Treasures, especially the sacred Yata No Kagami mirror are a part of this.

They have been passed down from the gods through generations of emperors as their direct descendants where these treasures act as the symbol of imperial power.

Do the Japanese natives believe in such treasures? 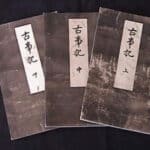 According to renowned professor Kawanishi, many people believe they are just ornaments like a crown in other monarchies but many others believe these objects contain divine power.

According to Mr.Takenaka, the term three treasures serves a more practical meaning in the 20th century as it has become a phrase for the three things Japanese people cannot live without a refrigerator, a television set and a washing machine.

There are several theories when it comes to the precise location of the Yata No Kagami which may be more than 1,000 years old. One theory claims it is located at the Ise Grand Shrine in Mie prefecture.

Another theory claims it is located in the Three Shrines in the Imperial Court or Naishidokoro or Kashidokoro which got sunk offshore during the battle of Dannoura with the defeat of the Taira clan.

But it was later collected along with the Yasakani No Magatama, a comma-shaped jewel and another sacred treasure of the Three Imperial Regalia.

Another theory says the mirror was moved to another secret location just before the defeat of the Taira clan. Anyways, wherever it may be, we hope this article enriches your knowledge on Japanese sacred treasures and folklore.

Feel free to reach out to us with any questions. Drop your queries in the comments below! 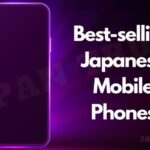 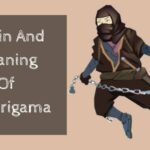