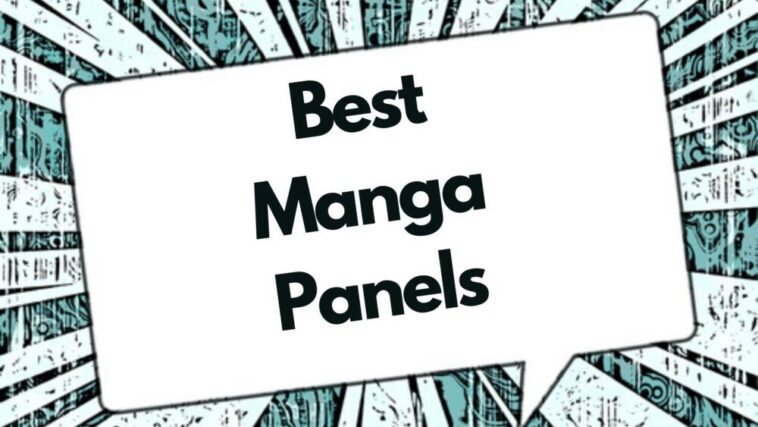 Love admiring manga panels? We curated a list of the best manga panels for otakus just like us!  Check it out!

As an otaku myself I can never get enough of anime and manga. When it comes to manga I’m so obsessed with its designs, the way the characters are drawn, and how they’re portrayed.

I have a great obsession for perfectly illustrated manga panels and I’m sure I can relate with most otakus with the same passion as well. If you’re one of them who loves manga unconditionally and want to see the best manga panels then you’re in the right place.

We’ve brought you some of the best manga panels right here that are from renowned manga series and those that have influenced a lot of readers. So hang in tight and read along cause you might find your favorite manga panels down below.

Naruto is a shonen manga series written by Masashi Kishimoto. The storyline of Naruto focuses on a young boy named Naruto who lost his parents when he was an infant.

Naruto likes to be a professional ninja and become the next Hokage of his village Konoha. When Naruto joins the ninja academy he meets his best friend Sasuke Uchiha who’s also Naruto’s rival in the manga.

This manga panel portrays Sasuke and his older brother Itachi who are bitter enemies because Itachi killed their parents and the entire clan. However, in this panel, you can see Itachi still has love towards his brother and how caring he’s.

It’s personally my favorite manga panel from Naruto as it brings out a wave of emotions seeing the Uchiha siblings coming to terms. This is also one of the influential manga panels throughout the series that’s loved by the Naruto fandom.

Attack On Titan manga was written by Hajime Isayama and it’s one of the best-selling mangas.

The storyline of Attack On Titan centers around a post-apocalyptic setting where humanity is threatened by gigantic humanoids called Titans who eat humans and wreak havoc in the city.

Humans are living in between vast walls to protect themselves from the Titans.

The protagonist of Attack On Titan is Eren Yeager who eventually becomes a titan. This manga panel depicts Eren Yeager unleashing Colossal Titans from the walls to save the Eldians. Just by looking at the panel, one can tell that it portrays pure horror. The titans are ready to wreak havoc on the lands again and kill anyone on their way.

Hunter X Hunter is a manga series written by Yoshihiro Togashi that focuses on the protagonist Gon Freecss. Gon is a young boy who believed his father was dead all his life.

However, he learns that his father is a renowned Hunter who seeks treasures and creatures. Gon then decides to become a Hunter like his father and hence joins the Hunter Examination.

During his time in the Hunter Examination, Gon meets other participants like Killua, Kurapika, and Leorio.

This manga panel shows the first interaction between Gon and Killua and how they’re discussing their goals in life. It’s one of the wholesome panels in the Hunter X Hunter manga and portrays the innocence between these two characters.

Tokyo Ghoul is a dark fantasy and thriller manga written by Sui Ishida. The storyline of this manga centers around the protagonist Ken Kaneki. Ken is a high school student with a reserved personality.

One day he manages to go on a date with the hottest girl in school called Rize. During the date, he realizes that Rize is a ghoul who feeds on human flesh. Both Rize and Ken are met with an accident which eventually leads to Rize’s organs being transplanted to Ken.

This manga panel depicts Ken in his half-ghoul form, where his left eye is sunken and dark. Ken is seen struggling to keep up with his new identity and his struggles with contemplating cannibalism. Due to his vile nature, Ken has to be more cautious than ever.

Bleach is a very famous Japanese manga written by Tite Kubo. It’s a supernatural manga that focuses on the realm of souls and humans.

The protagonist of Bleach is Ichigo Kurosaki who’s a teenager that inherits the powers of the Soul Reaper after the death of his parents. Ichigo is then forced to protect the humans from evil spirits from the Soul World.

The Bleach manga has a plethora of characters with different superpowers and one such character is Kenpachi Zaraki. Kenpachi is a shinigami who has a wild appearance. This manga panel portrays Kenpachi and Ichigo having a duel against each other.

They unleash their unique powers to cause harm to one another. The battle between them is one of the key moments loved by Bleach fans.

They’re brothers who study alchemy and use forbidden alchemy methods to revive their mother. This causes major injuries to both the brothers as they lose most parts of their bodies.

In this manga panel, you can see Edward Elric seated on a wall and the speech bubble saying “I’m an Alchemist”.

This was like a moment of realization for Edward as he has a serious look. It’s one of the most powerful panels in the manga that portrays sheer bravery.

Dragon Ball is one of the famous anime and manga series loved by countless anime geeks.

The plot of Dragon Ball focuses on the life of a monkey-tailed boy called Son Goku who was obsessed with martial arts and spends his entire life protecting his friends and Earth from any danger. Later it was revealed that Goku is an extraterrestrial being from the Saiyan race and he possesses outstanding powers.

Goku has a son named Gohan who has a similar appearance. Gohan inherited Goku’s Saiyan powers and was the first person who was able to transform into the Super Saiyan 2 form.

Death Note manga is a famous supernatural manga written by Tsugumi Ohba. The protagonist of Death Note is a high school boy named Light Yagami who stumbles upon a mysterious black notebook called the Death Note.

The rightful owner of the book is Shinigami Ryuk who’s a supernatural being. When Light takes the book he learns that it has the power to kill anyone if the person’s name is written on it.

This manga panel shows the interaction between Light and Shinigami Ryuk and they can be seen discussing what the Death Note is capable of. Light has a disagreement with Shinigami and states that he should have set the instructions in the Death Note.

Apart from their discussion, the figure of Shinigami is displayed clearly here. He has a slender appearance and a creepy smile that can give you the creeps.

In a world where superheroes are praised and people with no superpowers are frowned upon, Izuku is the boy who dreams of becoming a superhero like All Might. Izuku is often bullied for his dreams but that doesn’t stop him from being a hero.

In this manga panel, you can see the superhero All Might carrying a woman after saving the city from supervillains. In the panel below, Izuku and his friends are excited and are cheering for All Might. This is one of the wholesome moments of Izuku who was still young and had no superpowers.

Darling In The Franxx Manga Panel

In this world, human babies are artificially created and their only purpose in life is to protect the existing humanity from other threats. One of the protagonists of this manga is Hiro who’s a pilot. He teams up with a professional pilot named Zero Two.

Zero Two is a woman with Klaxosaur lineage and this makes her look different from the rest. This manga panel depicts Zero Two in her pilot uniform and she has her tiny horns and fangs on display.

She’s also known as the partner killer because all of her partner pilots have died mysteriously.

What is a panel in a manga?

Unlike storybooks and novels where pictures are displayed on separate pages, a manga page is sectioned into a variety of panels. The panels in a manga are basically what provides a structure to a manga. Panels are like a frame where characters and their dialogues are displayed and the number of panels per page depends on the sequence of the manga.

What manga has the best paneling?

Paneling is a crucial feature in manga and some of the mangas that have nailed the best paneling are:
– Naruto
– Attack On Titan
– Bleach
– Dragon Ball
– Fullmetal Alchemist
- Death Note
- Hunter X Hunter
– Darling In The Franxx
- My Hero Academia
– Tokyo Ghoul

What is the best manga artwork?

There are countless mangas with unique and subtle illustrations and some of the mangas with the best artwork are:
– Naruto
– Attack On Titan
- Hunter X Hunter
– Tokyo Ghoul
– Bleach
– Fullmetal Alchemist
– Dragon Ball
- Death Note
- My Hero Academia
– Darling In The Franxx 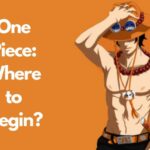 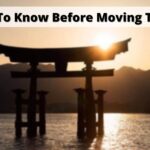