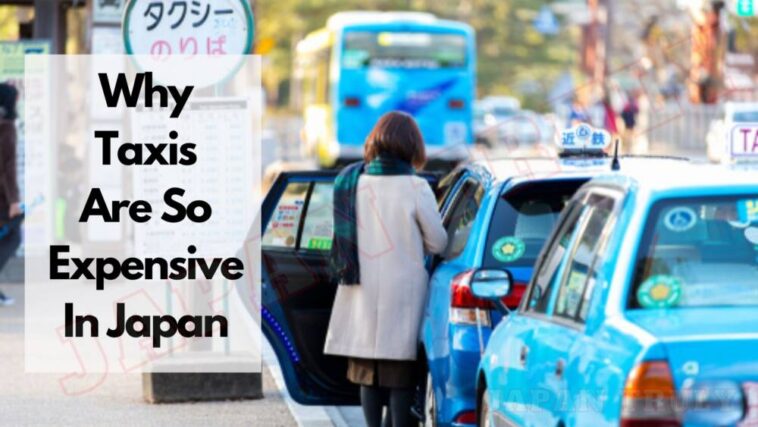 Here’s why taxis are so expensive in Japan!

If you’re visiting Japan then taxis are indispensable because you’re in a new country where you know little to nothing about locations and you need to get to your hotel with all your heavy luggage.

When you arrive at the hotel you ask your taxi driver for the fare and you’re surprised it costs too much.

Japanese taxis charge the second-highest taxi fares in the world. According to Japan Guide, the standard taxi fare for the first two kilometers is between 500 to 700 yen and the rates would increase if you’re traveling at night.

Additionally, Japanese taxi services also provide a range of premium features which add to the cost. We’ve discussed the factors that make taxis expensive in Japan, so keep reading to know why taxis are costly in Japan.

Why Taxis are so Expensive in Japan

A Plethora of Deluxe Elements

One thing that makes Japanese taxi services incredibly expensive is the range of opulent features they provide. There’s no doubt that the Japanese people take their work seriously. If you’re a foreigner with heavy luggage then you definitely need a taxi to get you safely to your hotel.

One thing to remember about luxurious Japanese taxis is that they have automatic doors, hence you don’t have to open them. While you’re in the cab you’ll feel comfortable throughout the trip to your hotel.

The cabs are fully airconditioned and once you get into the cab you’ll fall asleep because the seats are cushioned very well to make the customers feel cozy and pleased. You won’t even feel the jet lag while riding in the taxi because the interior is maintained very well. The exterior is also kept clean and polished without a speck of dirt in the windows.

The chauffeurs are also well-mannered as you’ll see them wearing a suit and tie with a pair of white gloves which are indications that they’re providing you a luxurious service. They would also help you load the luggage in the cab and unload it when you reach your destination as well.

Therefore, it’s fair to charge a high fare with such deluxe services provided by Japanese taxis.

It’s true that taxis are widely available in Japan, especially in metro cities like Tokyo. However, taxis aren’t the go-to traveling option for most Japanese locals. This is because there are other cheap public transportation options like buses, metros, and trains.

Only when someone misses their train or bus, they have no other option than a taxi cab to get them to work on time.

People traveling with kids also prefer taxi services because it’s much more convenient to use a taxi service than public transportation. In addition, taxis are mostly used by tourists to Japan, and hence to make up for the less demand, taxi services charge high fares.

Japanese people are genuine when it comes to their work and they make sure to provide the best service they can at all times which makes them spend a lot of money on maintenance costs.

When you ride in a Japanese taxi you’ll find that the cabs are kept clean and fragrant despite what time of the day you’re getting in the taxi. This is because taxi services in Japan check their vehicles before sending them off to pick up customers.

The car parts, availability of fuel, the condition of the engine, the comfortability of the seats, and even cleanliness are checked before the taxis are riding on the roads.

Ensuring everything is tip-top in the cabs takes a lot of time and money to do. Hence, the fare you pay for taxis includes the high maintenance costs as well.

Global warming and climate change have made countless companies all around the world shift toward eco-friendly measures like electric cars and hybrid vehicles.

This has made several taxi services in Japan use more environmentally friendly options like buying new hybrid and electrical vehicles and using LPG gas fuel.

Of course, eco-friendly options aren’t always cheap because hybrid and electrical vehicles can cost a lot more than vehicles that run only on fuel. Even adding a second fuel system in vehicles to adapt to LPG fuel can be very expensive. These costs are passed on to the customers as high taxi fares.

Government Laws and Legislations in Japan

Government inspections are taken place to ensure the passengers are riding in safe cars. These inspections also help the government to find old vehicles and tax the owners of the vehicles.

This is done to encourage vehicle owners to purchase new cars as a means to reduce harmful emissions. Any car that’s 10 years older is highly taxed hence taxi companies are forced to change their vehicle fleet every 5 years or so.

In addition, the government also necessitates vehicle owners to fix onboard cameras inside their vehicles. This is to record the roads they drive on and also to record the interior as well as it’s crucial to provide footage to the police if any crime occurs.

The chauffeurs also have spent a great sum of money to obtain a driving license in Japan. Ultimately, all these costs make the expensive taxi fares seem quite fair.

Monopoly in the Market of Japanese Taxi Service

The number of taxi services has been increasing all over the globe with easy and new ways to hail a taxi using your phones. Taxi services like Uber and Lyft have reached several countries and have thousands of drivers operating which has made other taxi companies charge low fares to avoid the risk of losing market share.

However, these services aren’t quite popular in Japan due to the government having tight rules. Uber in Japan isn’t a go-to option for taxis because there are very few drivers available and the services provided by Uber aren’t as luxurious as local taxi services.

In addition, Uber is only allowed to operate in rural areas in Japan since local taxi services aren’t prominent in remote locations.

All of these reasons have aided the local Japanese taxi firms in being the leader of the market and serving as a monopoly. Since there are no competitors in the market, taxi firms aren’t pressured to reduce their taxi fares.

The costs and the advantages of being the leader in the market aren’t the only reasons for taxi fares to be exorbitant in Japan. Taxi firms add a surcharge to the trip fare during the night times because there are very few taxis available during the night. Hence, taxi drivers charge more for people who want a taxi to go home after a late-night party or a long day at work.

It is said that trips after 10 pm are subject to a 20% increment in fare while trips between 11 pm to 5 am are subject to an increment of 30%, especially in Tokyo. In addition to surcharges, the customer bears the cost of paying for any expressway toll gates as well.

Another tip to keep in mind is that taxis use meters to measure the trip fare and these meters also keep adding to the fare when the taxi is stuck in traffic or if it stops in any place.

Therefore you’re not only paying for the distance you travel but also for waiting time as well. Hence if you want to avoid paying extra for your trip then make sure to get a taxi before it’s nighttime.

Minimum fares are a common practice followed by taxis and it’s the starting fare that all customers must pay when riding in a taxi. In Tokyo city, minimum fares were overpriced hence the authorities ensured to reduce the minimum fares for taxis to make them affordable for customers.

With all the luxury services provided along with government regulations and a monopoly market, it’s understandable why Japanese taxi services are expensive.

If you’re a tourist then you’re forced to get a local taxi and pay a high fare. However, you can use public transportation services if you’re traveling short distances.

Why Taxis Are So Expensive In Japan: FAQs

Why are taxis in Japan so expensive?

Taxis in Japan charge the second highest fares in the world. This is because Japanese taxis provide a range of deluxe features such as comfortable cushioned seats, air conditioners, automatic doors, and extremely clean exteriors and interiors as well. The chauffeurs are dressed in a suit and tie along with a pair of white gloves and they’re well mannered and trained. In addition, Japanese taxis undergo costly maintenance and inspections regularly which are passed on to customers as high fares.

How expensive are taxis in Japan?

Are taxi fares expensive in Tokyo?

Taxi fares are quite expensive in Japan and especially in Tokyo. The minimum taxi fare for 1 km costs around 400 yen and can increase to 700 yen for 2 km. this is almost $7 in the US. The minimum fares also increase the farther you travel.

Is Uber expensive in Japan?

Uber in Japan is quite cheap compared to the fares charged by local Japanese taxi firms. However, Uber isn’t widely available in Japan, especially in metropolitan cities like Tokyo. This is because the Japanese government has strict rules which made Uber mostly available only in rural areas since taxis are unavailable in remote areas. 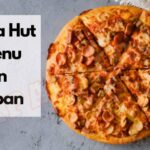 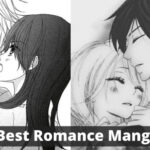