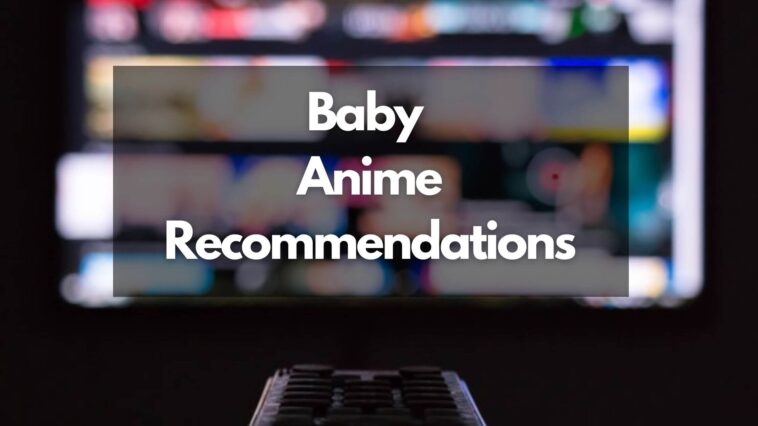 Little babies might be annoying but they’re sure to do look adorable from a distance. So here are the el mejor anime para bebés filled with cuteness and powered with maximum adorableness that will show you how to take care of… well, babies!

From normal human babies to aliens babies – you’ll find all sorts of cuteness – even devil babies! Or mysterious babies that are in reality grown-ups and only appear to be little bundles of joy to trick you.

So go ahead, read the plotlines for the best baby anime down below and add your favorites to your watchlist!

Tatsumi Oga, one day, spots a man floating downstream. When he saves the man, the man splits in half! The other half appears to be a baby boy and Oga learns that he’s the Demon King’s son and he has been chosen to take care of the baby!

And a maid named Hilda helps him take care of this baby. Tatsumi in spite of being a high school delinquent has a tender side which we see when he takes care of the baby in spite of Baby Beel causing him so much trouble.

Baby Beel created a lot of trouble in Oga’s ;ife and puts him in several awkward positions that will surely send you into bouts of laughter. This best baby anime will have you laughing right from the beginning of the first episode.

The next one on this list of best baby anime is Kodocha and it’s about a child actress.

Sana Kurata, a child actress whose mother is a renowned writer. She stars in a hit TV comedy and goes to school as well.

In school, she’s the most popular one in the class until one boy named Akito Hayama comes along. Her arch enemy.

He always causes chaos in the class and picks fights with Sana. In an attempt to get the students on her side, she comes up with a plan and asks her manager, Rei, to help her out!

This anime is about two kids who simply cannot get along and are always fighting. Some may find it cute and some annoying but you will definitely pick sides! There may be a budding love story brewing in this best baby anime!

Three strangers from three very different backgrounds – a middle-aged alcoholic, a transvestite, and a girl who ran from home – find a baby in the trash.

In this journey, they come across things that are reminiscent of the lives they’ve left behind.

The point of interest in this anime is the main characters themselves – the classic social rejects.

And these three individuals, in spite of having their own troubles and barely surviving do everything they can to keep the baby safe until they find its parents.

This best baby anime can be enjoyed with the entire family on Christmas, Thanksgiving, or just about any day.

A highschool playboy, Katakura Kippei, spends his time flirting around any girl he sees.

Life takes a drastic turn for Katakura when he has to take care of his five-year-old cousin, Yuzuyi. Miyako, the baby’s mother has abandoned the baby and now Katakura has to take on the responsibility as the baby’s caretaker.

This anime is more than just your regular shoujo anime. It also can be categorised into the slice of life genre.

After being forced to take care of his baby cousin, Katakura develops a sense of responsibility and reforms himself. This best baby anime also explores more serious issues like stalkers, abusers, and traumas.

Sawada Honoka, a 14 year old orphan, lives with her aunt. Timid and shy, Sawada is always bullied at school by her classmates.

One thing about Sawada is that she doesn’t believe in god, angels or demons. One day, a devil baby appears in her room! And Sawada has to take care of this mysterious devil baby!

This is a really easy anime to watch since each episode is about 5 minutes long. It doesn’t have complicated plot lines or character development as such.

It can be enjoyed by kids of any age under parental supervision. This best baby anime is a simple short story that shows how to take care of a baby and is a very light-hearted show kids will enjoy!

Miyu Kouzuki’s parents leave her under the care of Mr. Saionji as they have to leave for America to work for NASA. But now Mr. Saionji himself has to travel to India for a year.

With their immature bickering, one really wonders if they can really take care of an alien baby.

This baby possess psychic powers too and very mischievous so you can imagine the trouble he causes.

Soon, parental instincts in Miyu and Kanata kick in and they have to fight against it when the alien baby’s family comes to rescue him.

Definitely one the best baby anime to watch. Check it out below!

Cheerful yet shy, Kaede, an 8th grade student, one day buys a cocoa mug from a mysterious shop she finds on her way back home from school. To her surprise, she sees there’s something written on the bottom of the mug.

It’s written that – a love fairy will appear and make a person’s wish come true if he or she reads aloud the written message while pouring hot cocoa into the mug.

And so she does exactly that because Kaede wants to date Yuuki, the most good-looking guy in her class.

Things take a turn when instead of getting Yuuki to like her, a blue Mirumo appears in front of her that looks like a baby! This baby creates mischief instead of helping her impress Yuuki.

Mirumo, however, in reality is a prince who is supposed to marry the clingy Ririmu. Mirumo only looks like a baby but walks and talks like an adult that he actually is.

This best baby anime series is about love and friendship which will definitely bring out the waterworks!

Akachan to Boku (Baby and Me)

Takuya Enoki, only a 5th grader, has to take on more adult-like responsibilities after his mother’s passing. He has to take care of his baby brother while his father works long hours to bring in some money for basic necessities.

Taking care of his baby brother along with managing his school and homework makes him mature than his age and loses out on that childhood innocence that every young kid deserves.

In spite of his life being so tough, he learns and understands what family means and its true value.

This best baby anime has no fantasy spin to it and shows reality. It deals with Takuya’s hardships as a child who is forced to behave like a grown-up. It focuses on the love and responsibility each member of the family has to bear to support each other.

It’s a beautiful and touching story that may fill your eyes with tears. So keep some tissues handy.

Natsuki Mizuki, a fourth-grader, is being taken care of by her aunt, Izumi, while her parents have gone away for a while to London. On the first night, with her parents away, Natsuki sees a baby appear in front of her.

Aunt Izumi, a manga writer, has no time to take care of another baby along with Natsuki and so, Natsuki takes on the role of the baby’s caretaker.

The plot twist? Aunt Izumi and Natsumi soon learn that this mysterious baby is actually from the future and is Natsumi’s baby!

Will Natsumi be able to take care of her own baby from the future and manage her school-related responsibilities?

Known as the loser of the school, Tsunayoshi Sawada, is clumsy and talentless. Deemed to be a hopeless case, Sawada has a gigantic crush on Kyoko Sasagawa, one of the most popular girls in school and way out of his league.

Sawada’s life takes a turn when he meets a mysterious baby who is also a hitman!

The baby named Reborn, sent by an Italian Mafia group, is there with a mission to convince Tsunayoshi to lead the Vongola family.

Katekyo Hitman is a shonen anime, unlike other best baby anime that are typically of the shoujo sub genre – so don’t expect a lot of pampering for the baby.

The baby here is a powerful hitman, tutoring Tsuna so he’s ready to become the Mafia boss!

The next one on this list of best baby anime is Usagi Drop and here’s its synopsis.

This baby anime unfolds Daikichi’s unexpected role as a father after the death of his grandfather.

Daikichi’s grandfather unexpectedly passes away but leaves behind his 6 year old illegitimate daughter, Rin, with no guardian.

Daikichi then decides to become Rin’s guardian since the rest of the family didn’t want her. Daikichi and Rin’s relationship grows through this baby anime as he helps her deal with her father’s death while he deals with problems of fatherhood.

Usagi Drop is a heart warming baby anime but has its serious moments. This best baby anime is sure to make you laugh and cry at the same time!

This is a slice of life and comedy anime. The storyline focuses on the protagonist Handa Seishuu. He’s a young man living in Tokyo and possesses great talent in calligraphy. He’s short-tempered and quite narcissistic.

One day when he displays his calligraphy work in an exhibition, a judge negatively criticizes his work. This enraged Handa and he punched the judge in the face. When Handa’s father learns about this incident he punishes Handa by sending him to live in a village.

In the village, Handa tries to cope with the new environment and work on his calligraphy skills. He also faces other disturbances around him such as his neighbors who bother him and little kids who use his house to play. One of the kids who mess with him all the time is a 6-year-old girl called Naru.

Naru visits Handa every day and plays around his house. She disobeys Handa and causes chaos around him by bringing her friends to play. Although Handa is furious with the kids he tries to keep his cool and not react.

He learns a lot from the kids and people around him and improves himself after living in the village.

Although there aren’t babies in this show, the little kids make up for the entertainment and they’re very adorable to look at.

If you’re looking to watch anime that have a lot of adorable babies then this anime is for you. Gakuen babysitters anime focuses on a teenager called Ryuuichi Kashima who loses his parents in a tragic plane crash.

After their deaths, Kashima became the new guardian of his younger brother Kotarou.  Kotarou is a toddler who still doesn’t comprehend life and about his parents’ deaths. Kashima tries his best to take care of his brother and make him feel safe.

One day Youko Morinomiya who’s the chairman of an academy visits their parents’ funeral and decides to take care of both of them. Although she takes both of them she makes a deal with Kashimi if he wants to stay enrolled in the academy.

The job is quite challenging for Kashima as he has to deal with all the babies who have different needs and requirements.

To know how Kashima coped with all of the babies watch Gakuen Babysitters. This is a comedic slice of life anime and it’ll keep you entertained till the end.

So these were some of the best baby anime series and movies for you to enjoy! My favorite in this list of baby anime is the Mama wa Shougaku 4 Nensei. It’s a fun anime to watch.

I love how the main character Natsuki Mizuki’s personality develops as the anime progresses. And the drama and plot twists in this baby anime will keep you hooked!

Which is the best baby anime?

Some of the best rated baby anime based on overall storyline and character development are: 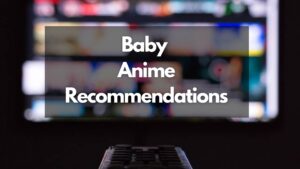 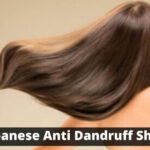 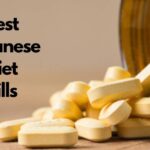