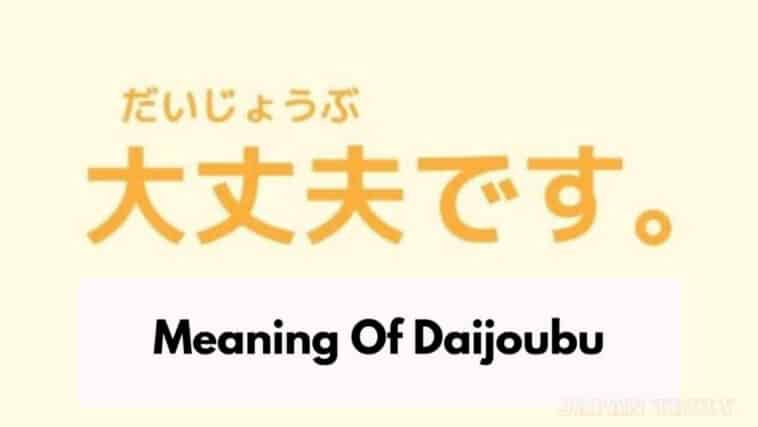 Not sure what Daijoubu in Japanese means? Well, check out our article below to learn the meaning of Daijoubu and how to use it.

If you’re learning Japanese or are obsessed with the Japanese entertainment industry then you most probably would have come across the word “Daijoubu”.

It’s a word that’s regularly used in anime, manga, Japanese songs, dramas, and almost every form of Japanese entertainment. But what does the word actually mean?

If Daijoubu is a Japanese term that’s used frequently then it has to be something important. To let you know what the word Daijoubu means and how it should be used we’ve brought you a thorough analysis down below. Make sure to read the entire article to know everything about Daijoubu.

What Is Meaning Of Daijoubu

Daijoubu in Japanese is written as だいじょうぶ and in the English language it can mean “Okay”. However, the word Daijoubu doesn’t have a single literal meaning and can have several meanings and a lot of expressions.

The flexibility of Daijoubu makes the word an adjective, an adverb and it can even be used as an expression of gratitude, compliance, and rejection.

For example – As an adjective, Daijoubu can mean “Everything Is Normal”, “I’m Okay” or “All Is Fine”. Similarly, as an adverb, Daijoubu can be used to let the other person know that you’ve understood them and everything is fine and you have no doubts regarding any matter.

Basically, Daijoubu is a word or an expression to convey that “Everything Is Perfectly Okay”.

When it comes to showing someone gratitude, the Japanese people tend to use “Daijoubu” to say “Thank You No Problem”. The same word in Japanese can also be used to reject an offer from someone as well.

For instance, if you’re offered a drink from someone and you don’t want it, you can simply reject the offer by saying “Daijoubu” in Japanese which in this context it means “No, Thank You”.

Besides thanking and rejecting, the word Daijoubu can even be used to express your compliance with something. The usual example of this is when parents insist their children do a certain activity and the children generally say “Daijoubu” which means “Okay” in this context.

The word Daijoubu is also used in other circumstances like when a boss asks the employees to perform a task and the employees comply by saying “Daijoubu” which means “Okay” or “Alright”.

Before we get to the part where we learn how and when to use the term Daijoubu, it’s best we learn how to pronounce it. Trust me, you don’t want to mispronounce the word when conversing with a Japanese person because the person might not understand what you actually wanted to convey.

Last but not the least, you pronounce “Bu” in Daijoubu as it is without dragging the “U” too much.

When And How To Use Daijoubu?

Now it’s time to find out how and when the word Daijoubu should be used. Keep in mind that Daijoubu can be used in both questions and answers as well. Let’s take a look at some real-life scenarios that are ideal for the usage of the word Daijoubu.

If they’re alright with it then they would probably reply はい、大丈夫です “Hai, Daijoubu desu” which means “Yes it’s fine”.

The ideal way to reply to them would be いいえ、大丈夫です which is pronounced as “ie, daijōbu desu” and this means “No, I’m fine”.

Another scenario would be parents asking their children to help them or teachers asking their students to perform activities. The usual reply for such scenarios would be はい大丈夫 which is pronounced as “Hai daijoubu” and this means “Yes, okay”.

What Is The Meaning Of Daijoubu Desu?

We now know that Daijoubu means “okay”, “I’m fine”, “it’s alright”, and basically any expression that ensures that there’s no issue and everything is alright. But what does Daijoubu desu mean? And does it mean the same as Daijoubu?

We have a simple answer to all the questions related to Daijoubu desu. Both Daijoubu and Daijoubu desu mean “Everything is okay” only the latter is more professional and formal. If you want to sound more fluent in Japanese then you can use Daijoubu desu.

Many non-Japanese speakers or beginners in learning the Japanese language are faced with the dilemma if they should use just Daijoubu or Daijoubu desu.

Although both phrases mean the same, there are certain occasions one may seem more fitting than the other. Therefore, let’s learn which phrase would be most suitable depending on the circumstances.

On the other hand, Daijoubu desu is used on formal occasions especially when you’re at work or school. This is because Daijoubu desu can either mean “Yes, please” or “No, please” and please is a common word used for formal instances.

In addition, if you also want to sound more fluent and professional in Japanese you can opt to use Daijoubu desu instead of Daijoubu.

In the English language, we have multiple words that can substitute for saying Okay and Yes such as “Alright”, “Sure”, “Of Course”, etc. Similarly, in the Japanese language, there are quite a couple of alternative words for Daijoubu.

We already came across Daijoubu desu which is another word for Daijoubu, a more formal and respectful version.

Other words in Japanese that can be used as an alternative for Daijoubu are:

These words can be substituted instead of Daijoubu if you want to sound more formal and fluent in Japanese. They can also come in handy when you want to avoid overusing the word Daijoubu.

A flexible word like Daijoubou which means Okay and Alright makes it a word that can be used on a daily basis. This is because almost everyone answers a question or says words like Okay regularly.

However, it’s gotten to the point that the word Daijoubu has become an overly used phrase to answer any simple question. Although there are few other words in Japanese that can mean okay, it’s still Daijoubou that most people prefer to use due to its popularity.

Meaning Of Daijoubu And How To Use It: FAQs

Daijoubu is a word of Japanese origin that’s written in Japanese characters as だいじょうぶ. Daijoubu is a flexible word and has no single meaning hence it can have multiple meanings in English like “Yes”, “It’s fine”, “No, thank you”, “Alright”, “It’s okay”, and basically any word or phrase that ensures everything is normal and fine.

Does Daijoubu mean are you okay?

Daijoubu is a Japanese word that can mean “Okay”, “Yes”, “Fine”, “No problem”, etc. The word Daijoubu can basically be used when you want to let someone know that you’re okay or fine. Daijoubu can also be used as a word to decline an offer from someone. Even using the word Daijoubu is popular when you want to request someone or ask for assistance. It can also be used as a phrase to ensure you’re complying with a superior’s order.

How do you say Daijoubu?

Daijoubu is pronounced as “Dhai – jo – bu”. When someone asks you if you’re okay then you can simply reply with “Daijoubu”. If you’re boss at work orders you to perform a task, you can comply with them by saying “Daijoubu desu”. The phrase Daijoubu desu also comes in handy if you want to decline an offer from someone without sounding rude and impolite. 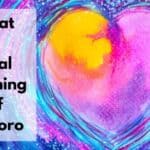 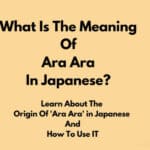