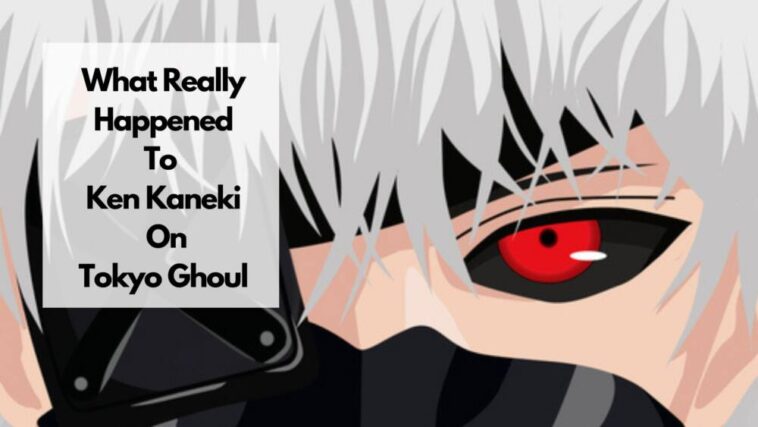 Tokyo Ghoul is one of the best-selling dark fantasy and supernatural manga that was written by Sui Ishida. The manga was initially serialized in September 2011 and was later serialized into 16 volumes.

The manga was also adapted into an anime series and was one of the shows that made it into the spotlight.

ǞǞǞ storyline of Tokyo Ghoul centers on Tokyo which seemingly looks modern but has dark secrets that lie within. The protagonist of Tokyo Ghoul is a boy named Ken Kaneki who’s an introverted college student.

He meets a sticky predicament when he learns that his date is a ghoul. Ghouls are secretly living in Tokyo disguised as humans and they feed on human flesh for survival. Ken discovers more about the ghouls eventually and how not all of them are diabolical.

We’ve discussed what happened to Ken Kaneki right from the beginning of Tokyo Ghoul to offer you clear insight.

Who is Ken Kaneki?

Ken Kaneki is the main protagonist of the anime Tokyo Ghoul. He’s a Japanese literature student at the Kamii University in Tokyo. Ken has a shy and introverted personality who usually doesn’t involve himself in activities.

He dreams of asking out an attractive girl in his class named Rize Kamishiro. His entire life changes when he succeeds to take his dream girl out on a date.

What happened to Ken Kaneki in Tokyo Ghoul Season 1?

The introduction of the anime depicts Ken Kaneki in his reserved nature who attempts to survive in college. He only has one friend in college named Hideyoshi Nagachika who’s nicknamed Hide.

Ken yearns to make his life meaningful and exciting by asking the most beautiful girl out on a date, Rize Kamishiro.

When hanging out with Hide, Ken sees Rize and manages to ask her out and she accepts it. Both Ken and Rize walk together during the night and Rize insists on both of them finding an isolated spot.

Rize takes Ken to a nearby construction site and she reveals her true identity. She’s a ghoul who disguised herself as a human and she attacks Ken in an attempt to eat him.

However, Rize fails to eat him as large steel beams in the construction site fall on her which kills her ultimately. Kaneki was severely injured and taken to the hospital along with Rize’s body.

In the hospital, Ken seems to be in a critical condition and the doctor uses the organs from Rize’s corpse for transplant into Ken’s body. Thankfully, Ken survives and moves on to his regular life.

However, this is where Ken realizes that there’s a huge change in him. After recovering from a fatal death he found it hard to be his own self. He despised the taste of the food he sees or tries and even vomits after eating them. He however craved human flesh and blood due to the fact that now he has the organs of a ghoul.

He is now a half-ghoul who has to survive by eating human flesh. However, Ken dislikes to feed on human flesh and finds it tough to adjust to his new identity. He meets other ghouls who are just like him and they help him to get used to his new self.

He meets a ghoul called Anteiku who teaches him to control his desires and to scavenge on corpses for food.

Moreover, Ken meets diabolical ghouls like Jason who chase him to eat him and to take Rize’s power from him. Ken ends up fighting against Jason and even eats him after so much torture. Season 1 of Tokyo Ghoul depicts how Ken endured unbearable pain and how being a ghoul affected him mentally and physically.

What happened to Ken Kaneki in Tokyo Ghoul Season 2?

After having to experience uncountable mishaps Ken has learned to adapt to his diabolical nature. He has become powerful and brave enough to work on his own in a city full of uncertainty.

Ken has decided to move away from his first ghoul friend Anteiku and befriend another ghoul called Aogiri. Unlike Anteiku, Aogiri is very manipulative and he indoctrinates Ken into believing that everyone he sees is evil and makes him view everyone as his enemy.

He blindly believed everything said by Aogiri and started working for him. Ken started killing anyone who angered him and also partook in missions ordered by Aogiri.

Ken fought against ghouls and CCG ( The Commission of Counter Ghoul), an organization that works on criminal cases involving ghouls.

Ken was protected by Eto Yoshimura, the One-Eyed Owl who’s one of the most powerful and dangerous ghouls.

Ken was consumed by power and hatred which made him unstoppable. He would fight tirelessly and lose his self-control which makes him invincible and also vulnerable. Ken meets a ghoul investigator named Amon Koutarou who puts up a fight against him and almost beats him to death.

He’s later saved by Eto and Ken perceives that Aogiri has brainwashed him. He returns back to Anteiku and fights in a major battle between the CCG and One-Eyed Owl. Ken and Amon fight again till they both got injured severely.

Ken finds Hide who disguised as a CCG soldier and was injured during the battle. Unfortunately, Hide dies and Ken carries his body and walks past the CCG tired of fighting.

What happened to Ken Kaneki in Tokyo Ghoul re (Season 3)?

Ken Kaneki in this season is introduced as Haise Sasaki. After suffering from a brain injury in a previous battle Ken has forgotten his past self. He’s employed as a CCG soldier who offered him a new identity. He also mentored the Quinx squad in the CCG and became a loyal agent.

However, Ken is reminded of his past when he fights with one of his friends, and a collection of memories flash through his mind. He learns that the CCG decided to hide his past from him and treated him like a human.

What happened to Ken Kaneki in Tokyo Ghoul re (Season 4)?

Ken Kaneki is known as the Black Reaper in season 4. He has grown more violent and aims to eliminate all evil ghouls and Aogiri Tree. Despite being employed in CCG he betrays them and saves his friends when he learns that the CCG is planning to hunt them down. He fights with Arima, a CCG investigator, and destroys Arima’s owl. Arima kills himself with the broken piece of the owl.

Kaneki was shocked to see Arima die as he was one of his friends. However, Arima reveals himself to be a half-ghoul and the One-Eyed King, which is the title for the king of ghouls. After Arima’s death, Kaneki has acquired the One-Eyed King title and it’s his responsibility now to restore peace between the ghouls and humans. He then split from the CCG and started his own organisation called Goat.

The CCG wasn’t happy with Kaneki’s actions and hence decided to fight against him. Kaneki fought with several CCG officers and he was going through a severe mental breakdown when all of his memories were piling up again. He unintentionally created another form of power called Dragon which destroyed Tokyo. Ken was inside the Dragon hallucinating and he managed to fight through it all and released himself.

Ken got help from Scarecrow which was his friend Hide and he was able to defeat the Dragon and CCG. He resolved all the conflicts and became the One Eyed King and restored peace between humans and the ghouls.

What happened to Ken Kaneki in Tokyo Ghoul: FAQs

What happened to Ken Kaneki in Tokyo Ghoul re?

In Tokyo Ghoul re, Ken Kaneki is called the Black Reaper. Ken attempts to save his friends from the CCG-led hunt down and fights against Arima. Both Ken and Arima face an intense battle against each other and Arima compels Ken to kill him. Failing to do so, Arima cuts himself with the shattered Owl and dies and reveals himself to be the One-Eyed King. Finally, Ken inherits the One-Eyed King title.

What did Arima do to Kaneki in Tokyo Ghoul?

Arima and Kaneki were fighting brutally against each other in Tokyo Ghoul season 4. After fighting tirelessly, Kaneki halts the fight but Arima continues to attack him and slashes his ghoulish tentacles, and stabs him in the abdomen.

Although Arima seemed to give out bad guy vibes he was one of those characters who had good intentions. He was against ghouls and also fought brutally against Ken and almost killed him. But Arima was later depicted as a good person who was a half-ghoul. Arima and Eto preplanned to ensure that the One-Eyed King title goes to Ken Kaneki after his death.

Is Ken Kaneki good or evil? on Tokyo Ghoul

Ken Kaneki is the main protagonist of the Tokyo Ghoul anime series. Once he gets transplanted with a ghoul’s internal organs he turns into a ghoul who consumes human flesh. Although he doesn’t want to try human meat he eventually ends up becoming more violent and diabolical. He fights brutally and also ends up killing several humans and ghouls. Ken Kaneki is more of an anti-hero than a hero.

Who is the One-Eyed King in Tokyo Ghoul? 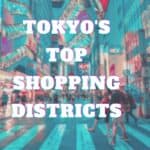 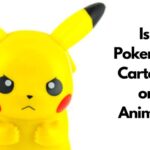