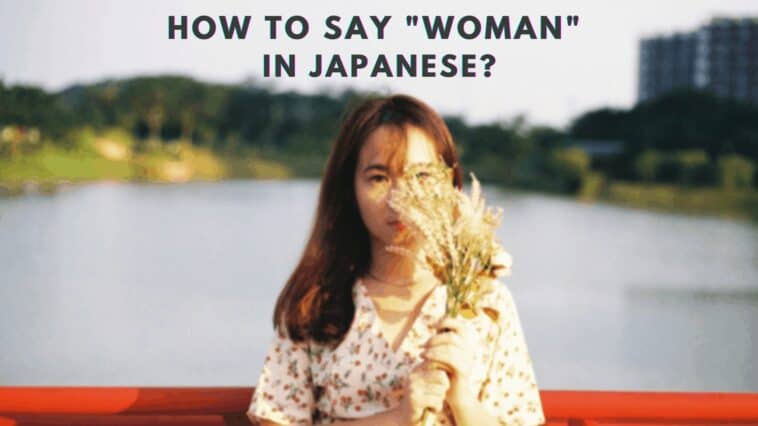 If you’re looking to learn different ways to say 女人 在 日本人, then you’re in the right place. I’m going to tell you about the different ways you can refer to your woman.

If you want to please a woman in 日本, the first rule is to call her differently. Japanese people usually do not prefer calling names and rather use words synonymous with a woman to call their ladies.

You choose what you wish to call your woman in Japanese but be sure what you call her. This is because two different words can have entirely different meanings. So, choose your words wisely.

Similarly, Woman is one such word, there are various ways to say woman in Japanese. For a lot of types, the meaning gets lost in translation from Japanese to English. Anyway, you’re going to learn different ways of saying it if you want to impress a Japanese woman.

What are the different ways to say woman in Japanese?

Ways to Say Woman in Japanese

A simple, straightforward and generous term for a woman is Onna. It is commonly used in official documents when one needs to reveal their gender in forms or documents.

It is said to have evolved from the traditional female posture of kneeling with folded hands. This is the ultimate female posture that is still practised today at Japanese inns like a ryokan, formed by three lines in Japanese Kanji for a woman in dictionaries

However, Onna can sometimes be an insulting name for females, usually used to disdain upon someone for their stupidity, sexuality or bad temper.

When you want to praise a woman, use words like hito (person) or Josei (female), as in kirei na hito 或 kirei na josei refers to a beautiful woman.

It is also one of the popular ways to say 女人 in Japanese and you can use it in your everyday conversation while pointing out to a lady.

相关的。 Get yourselves schooled on how to use Japanese toilets, here!

If you’re familiar with Japanese culture, media and language, I’m sure you have heard Fujin quite a lot of times. Fujin is used to address celebrities or classy people.

Dewi Fujin (Sukarno), one of the most loved and hated leading lady of high society and television star, is the best example. Dewi is a big celebrity and a lady of class, hence she is referred to as Fujin.

Dewi owns that title because she married the Indonesian president, Sukarno and living a life most woman only dream of.

Fujin is also used at department stores for female fashion and goods. However, the Kanji origin says that it is a combination of “woman” and “broom”. What a combo, honesty!

If we try to translate Fujin into English, it would probably be “madam” or “lady” related to high esteem and financially affluent. Fujin is a term for a woman of great status who is married to a well-known figure or celebrities or politicians.

Related: 100 basic Japanese words that you should be knowing to speak Japanese

Josei became the official term for woman replacing Fujin in the official documents around the early 90s after the woman’s organisation directed that the word Fujin implies that all women are matured and married.

Josei is a woman in Japanese Kanji, a mixture of two words “sex” and “woman”. This is the most used term when you want to refer to a woman. It is equivalent to the term, female in English.

It is the safest and the most politically-appropriate term used for a woman in Japan. While there are a lot of Japanese words for female, this is the accurate one. Josei is one of the most popular ways to say 女人 在日语中。

相关的。 Want tickets for the sumo match in Tokyo? Here’s how you can get them!

Ojosan or Ojosama literally translates to someone else’s daughter. It is used for someone who is spoiled, immature and dependant on others for a living.

In other words, If the Kardasians belonged to Japan, they would definitely be called the “K-ojosamas”, quite funny right?

Usually, it is used to describe a woman who is rich, young, carefree and has only a little to worry about. So, if you’re rich, popular, wide and young; you’re Ojosama in Japan!

相关的。 Check out how to make Japanese rice in the rice cooker here!

One of the most bewildering words for the people who do not belong to Japan or aren’t familiar with Japanese is Okaasan. The word Okaasan is actually used for mothers. It is one of the most used ways to say 女人 in Japanese when referring to mothers.

It is common for married men to call their wives Okaasan or mama instead of their actual names.

The Kanji version of Okaasan is to refer to a woman who has children but it can also be used to address a woman who is an adult and is presumably about to get married and start a family life.

Mama is more commonly used for women who are bar owners or own karaoke-diners (Mama-san).

相关的。 Wanna be a pro in using washing machine from Japan? Here’s your guide!

Okusan translates to “Ms Interior”, for a politer version use Okusama. It is usually used to refer to someone’s wife. But, more commonly, it is used on a woman who just hit the marital age and social status.

It points towards the inferior yet crucial position of observing everything from behind as the married women had in the family throughout most of Japanese history.

The Japanese Kanji words for Okusan not only means “Interior” but also “the depths far within a building” as Kittredge Cherry wrote in her book Womansword: What Japanese Words Say About Women.

Okusan or Okusama is commonly used by husbands or males while referring to their wives or first ladies still today. However, it is changing and transferring to a more neutral term Tsuma.

相关的。 Take a look at Japanese cookbooks for yummy meals!

#1– What are the most popular ways of saying 女人 in Japanese?

The most popular way to say 女人 in Japanese is Josei, it means female and is also used for official purposes.

However, the other ways of calling a woman are Fujin (used for famous ladies ), Okaasan (used for mothers), Onna (traditional woman), Ojasan (affluent and carefree woman) and Okusan (used for wives).

Make sure to use the right words for the right woman. It is considered disrespectful in Japanese culture if a woman is called names that don’t match their personality.

#2– How to address a woman in Japanese?

Using San (～さん) is a title of respect added after the names of Japnese woman. It can be used with both male and female names. If the names or surnames aren’t mentioned, it can be attached after their occupation and titles to render respect for them.

It is advisable to always use San while calling a female because it is considered rude in Japan, if not done. Woman are respected and can be impressed by you if you use the right suffix.

Shojo or Shoujo (少女, shōjo) is usually used to refer to a girl in Japanese. It is derived from a  classic Chinese expression of the same characters. The Chinese characters actually mean “little” and “woman”.

However, other words that can be used to say “girl” in Japanese are Joshi, Garu, Otome, Nesan and  On’naneko. 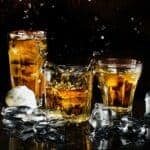