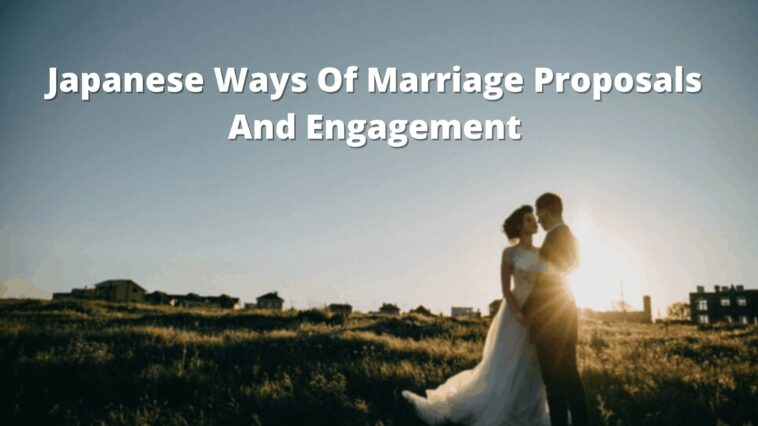 在日本，求婚和订婚有什么不同 from the rest of the world? Well, here’s a bull-eye explanation on the same, check it out!

Japanese men express love in different ways when they start loving someone. Japanese women are sometimes bold and once they’re interested there’s no going back!

Between the modern trends and older traditions, and all the globalisation in the world, how do Japanese couples get engaged these days?

In Japan, traditional marriage practices differ from that of western cultures. When a man decides to propose to a woman he wants to marry, a yuino (Japanese traditional engagement ceremony) is planned and attended before they are actually engaged. Gender is not a barrier, anyone can propose first and the courtship period is usually a year or more.

In the western world, proposal takes place usually when the guy plans out something big to surprise the lady and exchange rings and makes it an unforgettable experience for both of them, often counted as special.

After my marriage topic came up, I became quite curious about a simple question- how are marriage proposals and engagements different in Japan.

So, I surveyed five japanese couples that are also friends of mine on their experiences about the traditions and customs followed during their engagement and marriage.

This was only to understand the question- How are marriage proposals and engagement different in japan?

There were so many similarities but also differences in the ways- how are marriage proposals and engagement different in Japan, let’s take a look at it.

How Are Marriage Proposals And Engagement Different In Japan

Size Doesn’t Matter to the Japanese

One of the biggest differences I noticed between the west and the Japanese proposal traditions is that the size of the event doesn’t matter to them.

Usually in the west, marriage is a very grand concept or is often displayed to be so.

In countries like Australia and all, extravagant proposal plans are involved where originality is important with a great expense. Stories of public proposals are very common with the involvement of music and videos.

The couple reenacts the scene from a popular movie where he asks out the girl with her favourite diamond ring. This is quite common in the west.

Surprisingly, none of my friends mentioned such proposals but two or three of them said they made a grand gesture when their other halves were expecting it.

Most of them liked to keep it low-key and usual to Japanese culture.

One of my friends said that she was cooking in the kitchen and right in the moment, her husband asked her out saying, “I feel so right with you, will you marry me?”

“It was quite typical as he trusted his gut and did it at the moment” she added.

They like to keep it low-key and sweet. Some Japanese women might have high-end expectations but Japanese men are just too shy to fulfill their expectations.

This is one of the ways- how are marriage proposals and engagement different in Japan.

Not Constrained by Gender Norms

Unlike what is often seen in the west- men proposing women, Japanese culture is quite different. Women often ask men out in Japan which I found really interesting and surprising.

Three out of five women in my survey had proposed to their husbands which was quite surprising to me but pretty casual for them.

Usually, I have only seen men go back home to get engaged and it’s always them who have asked out their wives.

When the other way round happens in the west, it is quite remarkable and so unusual. Well, broadly speaking, it’s not that usual in Japan either but the women spoke with a very casual tone.

They aren’t rebellious against society which makes me think that it’s not that big of a deal when a woman proposes a man in Japan. They acted like it’s really fine.

“It wasn’t a typical way to propose to me”, Miko confirmed while talking about how she asked her husband out right after they were into a fight. However, “I hear so many questions sometimes about women asking out”.

I often wonder if it’s related to shy men theory in Japan which it probably is. It could also be taboo to ask her boyfriend out before marriage in Japan.

This is one of the ways- how are marriage proposals and engagement different in Japan.

‘The Ring’ is Meant for Special Occasions

What’s the central symbol of a proposal? It is usually when the man is sitting on one of his knees and pulls out a ring box with a sparkling diamond on top.

Well you’re right. This is what usually happens in the west and is somewhat in the centrepiece of western proposals but in modern Japanese engagements, it is less likely to happen.

I’d always noticed that the Japanese married women wear only one ring which quite often confused me as I was then related and much familiar with the western culture.

So I asked my friend Miko if they received an engagement ring.

Miko also said that the Japanese only wear wedding rings when they go to special events or attend important occasions like someone’s wedding.

This is one of the self-made traditions- how are marriage proposals and engagement different in Japan.

Miko did this during her engagement period also, as she said she didn’t wear it everyday but when she needed to go out once a week for special events like visit a museum or attend a ballet program.

Although everyone I surveyed thought that it is important to wear an engagement ring, the majority of my friends I surveyed did not receive it in the first place.

As the tradition has changed (much in the west than in Japan) so has marriages and proposals.

There are a few Japanese who want to do things their own way, there also exist a few who want to follow traditional norms and have hung around them.

In the west, there’s mostly a casual party for engagement after the proposal to celebrate with friends and family. It is called yuino (結納) in Japan.

Yuino is a traditional Japanese ceremony where the families meet and exchange symbolic gifts including dried seafood, fans, hemp, ropes and often money to well-wish for the couples.

Related: Check out a quick crash course in Japanese home and kitchen that will help you settle well!

Some of the interviewees have held this ceremony and say that it’s pretty common especially in the rural areas.

Even if there isn’t a grand party, there’s always dinner with family with or without gift exchange.

Omiai (お見合い), another tradition that is only occasionally practiced these days to find a marriage partner.

This is actually a formal set up of match making wherein if the partner wants to marry, it acts as a go-between to arrange an engagement party.

Keiko was my only friend who I surveyed, met his husband this way, in an otherwise modern relationship. They dated for a year before he asked her to marry him.

They were engaged for another year and then held a yuino party a few months before their wedding. How are marriage proposals and engagement different in Japan? Well, now you get it right?

In between Keiko’s engagement and marriage there was a courtship period of one year before she married her boyfriend. This tradition is not usually common in the west. They marry in less than a year of being engaged.

Two of my interviewee friends had a year-long courtship and two of them were engaged for 4 and 5 months respectively. One had a longer courtship period of about 2.5 years.

People in Australia are often engaged to their partners for years and years before they actually marry each other.

Courtship is an important thing to keep in mind if you have thoughts like- How are marriage proposals and engagement different in Japan?!

I hope you’ve gotten the answer to your question- How are marriage proposals and engagement different in Japan and also have gotten an insight into Japanese wedding culture.

If you’re planning to marry the Japanese way, these points mentioned above will help you a lot!

Hope you find the perfect other-half for yourself! 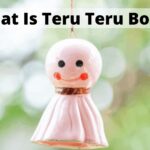 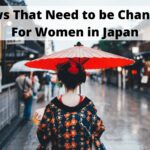