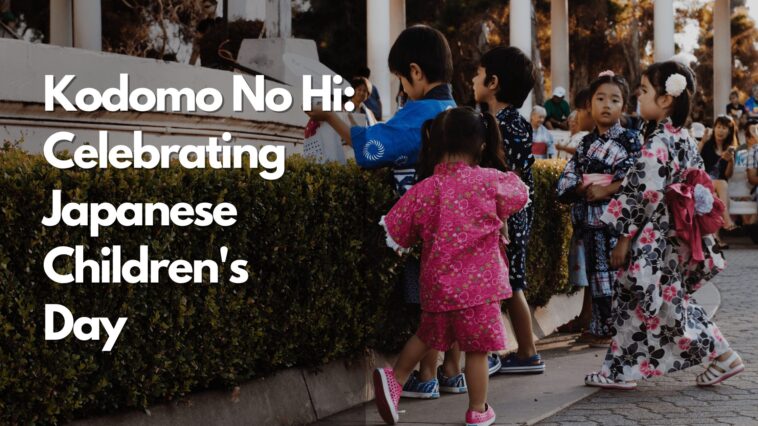 Guide to Kodomo No Hi: Children’s Day In Japan

Why is kodomo no hi celebrated?

Celebrating the health, happiness and individuality of children is deemed as important in Japan because they represent the future of the country. Kodomo no Hi or Japanese children’s day is a national holiday in Japan and celebrated on May 5th

If you’re seeing carp-shaped windsocks in the air, you know Golden Week is being celebrated throughout Japan. This week-long celebration ends with the colourful and much-awaited Kodomo No Hi, the Children’s Day.

Origin of Kodomo No Hi

The day of May 5 was originally known as Tango no sekku (端午の節句), a day to celebrate the double fifth — the fifth day of the fifth moon in the Chinese calendar. Until the year of 1948, this day was known as Boys’ day in contrast to Hinamatsuri, also known as Girls’ Day which is celebrated on the double third (March 3).

In 1948, the name of May 5 was officially changed to Children’s Day, to be more inclusive of children of all genders, while also recognizing other members of the family and giving tribute to the parents.

Some of the Japanese people still consider May 5 as boys’ day. I can’t argue that because Girls’ day is still celebrated.

How is Kodomo no Hi celebrated in Japan?

What happens on children’s day in Japan?

Hoisting carp-shaped flags is one of the most important things people do to celebrate this holiday. Usually, households with boys put out a minimum of three flags outside their houses.

There’s an ancient legend that tells us the story of a feisty school of fish that tried to swim and fight their way up past a waterfall called Ryumon (龍門). It was also called the dragon gate.

As much as the other fish tried, they couldn’t get through and ended up giving up, swimming back downstream. Only the carps, with their persistent nature, swam into the Dragon gate. As they crossed the gate, they turned into dragons.

There are many versions of this folklore, but the one with the most elements turned into an evergreen proverb — koi no taki-nobori, which literally translates into carps swimming up the waterfall.

It depicts strength and persistence. It is this proverb that was shortened to koinobori, a name for modern-day carp flags.

The colourful streamer like flags are seen fluttering above the houses of those celebrating Children’s Day. The beating and flapping in the wind symbolize the tenacity and endurance of the carps in the Golden River.

Stories that are told

On this day, the children of the Japanese households sit down together and are told the story of Kintarō, the Golden Boy. This is a story of remarkable strength, unmatched bravery and amiability with animals around him.

The boy, Kintarō, was born to a woman who had to flee the city of Kyoto after the death of her husband, a brave soldier named Kintoki. In the deep woods, he was born, with a strength that could beat experienced woodcutters.

The mother recognized that and gave her son a woodcutter to play with. The boy was strong enough to be riding a bear instead of a horse.

Living in the woods, his instincts were natural to the wilderness and his companions were a bear, a deer, a hare and a monkey. He often challenged their strengths against each other for fun.

Once, after a cordial wrestling match, the companions decided it was getting late and decided to head back. But they found themselves to be stranded by a river with no way to cross it.

People often underestimated the young boy’s strength. Effortlessly, with just three strikes, Kintarō cut down a large tree by the banks and brought it over to the river. Just as easily, he lay the tree down with the edges on either bank.

Little did he know, a man was silently observing them. The man was shocked. Can you blame him? He just witnessed a young boy do what the strongest men can’t. And with that ease?

He decided to follow them home. That man, disguised as a woodcutter, knocked on his door and demanded that he wrestle with him to challenge the strength of the boy.

He couldn’t believe his eyes when he saw that a mere child could uproot an entire tree and throw it across a river to build a bridge.

To his astonishment, neither of them won and finally, the man decided to call it a draw. The woodcutter then revealed his identity.

He was sent by Lord Raiko, the emperor to find such hidden talents and boys with immaculate strength and bring them to the Capitol to train them to be Samurais.

Kintarō and his mother couldn’t believe what they were hearing. The mother hesitated.

She knew this was a once in a lifetime opportunity but she also knew of the challenges one can face so far away from home. Especially when the boy had never been outside and had no education.

The man assured the mother that Kintarō will be under his tutelage and he’ll stay safe. Not long before, Kintarō steadily and swiftly moved up the ranks.

Lord Raiko hand-picked him and put him in the band of the strongest and bravest of soldiers called the ‘Four Braves’. Later, Kintarō came to be the general of the Four Braves.

This story is told to the little boys of the house to instil hope and to lead them to believe that they will be strong, brave and ambitious men one day. The English version of this story can actually be found in “Kintaro’s Adventures and Other Japanese Children’s Favorite Stories” by Florence Sakade on Amazon.

Decorating With Armor and Helmet

The story inspires the decorations of the house while celebrating Kodomo No Hi. The samurai, Kintarō is decked up in miniature samurai armour and cute, but a fierce helmet representing the growth and development of powerful boys at home.

A word heard often during the week, yoroikabuto, is actually an amalgamation of the words – armour (yoroi, 鎧) and helmet (kabuto, 兜).

Fun fact: The kabuto helmet was actually the design inspiration behind Darth Vader’shelmet, a character from Star Wars, a popular culture villain.

Do it yourself, kids

Obviously, keeping kids engaged and ensuring they have one fun is one of the main motives of the day. On this day, not all Koinobori flags are store-bought.

What do they do on children’s day in Japan?

Parents sit their children down, hand them large pieces of coloured tissue paper resembling kites along with pictures of real carp flags and felt tip pens and a bundle of wool string to play around with.

Imagine the joy on the face of your child, running around with a kite he made himself! They can play around with scales, multiple shapes and colours. Adding final touches with eyes, tongue and even tail fins.

Even adults engage themselves in origami and kirigami (paper folding and cutting) along with their children and create vibrant looking fish. The final product is then attached to a long straw and is held through the water to make it seem as if it is swimming!

One of the other traditions of Kodomo no Hi includes measuring the growth of the kid every year. On this occasion at least once, the parents make their kids create a booklet where they can mark their growth.

It is called ‘How I grow’. The book also details things learnt, the food and dishes the kid enjoys the most etc.

Bathing in Goodness of Iiris and Mugwort Leaves

One of my favourite things about the festival is the sweet-smelling air. All credits go to the iris and mugwort leaves that are believed to ward off the evil that can enter homes and touch the boys. Iris leaves in particular are highly regarded.

One of the other customs includes taking an iris infused bath. This bath is called shōbuyu. It is prepared with handpicked iris leaves.

The strong, aromatic fragrance is believed to act as an exorcist against any evil spirits lingering around the child.

These baths are given to the children of the house in the hopes that they will live along, safe, disease-free life and become as strong as a samurai.

Traditionally, freshly cut iris leaves are bought from the supermarkets or florists and soaked in a Japanese tub called ofuro for the full experience.

It might be meant for children but adults can optimize the opportunity as well.

Its healing properties include alleviating pain and helps to relax the stiffness in the shoulders. They also have qualities that help stimulate blood circulation and help soften skin

Some Japanese households grow iris in their gardens solely for Kodomo no Hi and harvest it at the right moment. Some Japanese baths around the country let children use them for free on Children’s Day.

Special Dishes for Kodomo no Hi

There need to be special foods for every occasion, therefore, Kodomo Ni Ho is no different. Families make chimaki (粽), a steamed sticky rice cake wrapped in a bamboo leaf, mochigome (餅米), sweet glutinous rice, and finally, a sweet dish, the kashiwamochi (柏餅). 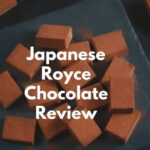 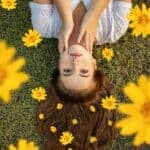