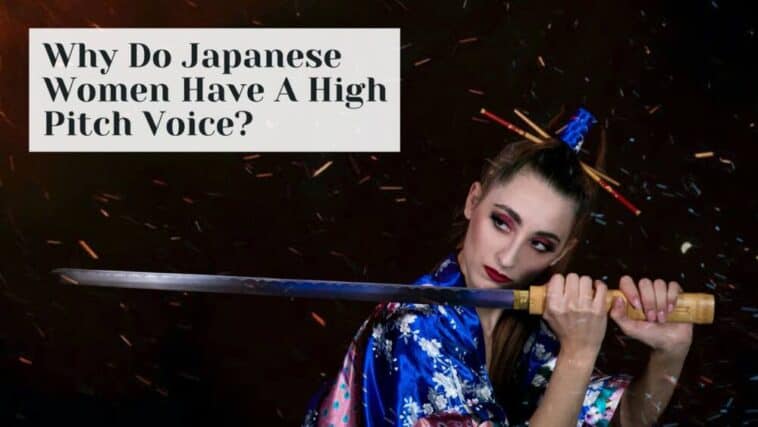 Are all Japanese women born like that because of genetics? Or could it be something else that prompts them to speak in a higher pitch whenever they talk or converse with anyone on a daily?

Or perhaps could it be a part of Japanese culture and the beauty standards of Japanese women as portrayed by the media to be cute by talking in a cute way or tone? We’ll uncover it all for you!

In this article, we’ll figure out why Japanese women have a high pitch voice whenever they’re talking or interacting with other people.

Why Do Japanese Women Have High Pitch Voice?

Generally speaking, Japanese women have a naturally high-pitched voice, compared to men at least. The women of Japan have had this natural tone of voice for a very long time which is why we can say that it is already a part of their culture.

it is also safe to say that from a cultural standpoint, having a higher-pitched voice will make you more woman-like since it is the complete opposite for men who tend to have a lower-pitched tone of voice.

Japanese culture is known to be very respectful, understanding, and polite as well. We could connect it in a way that it might be seen by people as respectful or less threatening to speak in a higher tone or pitch when communicating.

Now, this is where it gets interesting to say the least. As mentioned earlier, by default, Japanese women speak in a higher pitch of voice compared to their male counterparts or other women in different countries.

But, Japanese media in the form of anime or TV shows tend to overdo this by creating female characters who are overly cute and childlike by making them speak in a much cuter and higher pitch of voice than what you’d normally hear in the streets of Japan.

You can almost hear this every time a female character is speaking in an anime or in most Japanese TV shows. Given the wide reach that the Japanese media has over the whole country, this was quickly picked up by young Japanese girls as the new trend and beauty standard.

As anime and other famous Japanese TV shows take over the televisions of the Japanese people, more and more young Japanese females picked up on this trend and made it a norm all over Japan. We’ll talk more about this later in the later parts of the article.

‘Kawaii’ Trend And Its Effect On How Japanese Women Speak

Being kawaii (可愛い) or cute is the culture in Japan of being cute or adorable. In general, these are seen in stuffed toys or cute little items that the young generation love. It can also be seen in how Japanese women talk and we’ll dig deeper into that.

Japanese women associate being kawaii (可愛い) or cute by talking in an overly cute and high-pitched way. This is what we were talking about earlier in the article with the media portrayal of kawaii (可愛い) anime characters that the Japanese people love and adore watching.

This leads young female Japanese teens and women in their twenties to follow suit and ride along the trend of being kawaii (可愛い) by speaking in a way higher tone with a hint of shyness whenever they’re conversing with other people.

There’s no telling when the kawaii (可愛い) trend started but our safest bet would be when anime started becoming more and more mainstream in Japanese television and its sudden rise in popularity among the Japanese youth.

As mentioned earlier, women in Japan are expected to talk in a high-pitched voice or at least in a higher pitch than their male counterparts to look and sound more woman-like when interacting. These are one of the norms that most young Japanese women follow.

They follow this closely because they believe it is one of the things they have to possess to be more desirable or attractive. We can also apply the bandwagon effect in situations like these because people don’t want to get left behind by famous trends or fads.

On the other hand, Japanese men talk in a way lower pitch compared to women but in general, they don’t have a deep voice compared to other nationalities or races. Given the culture of politeness in Japan, most men are soft-spoken and very respectful when conversing.

High Pitch Voice As A Beauty Standard In Japan

We talked about earlier how Japanese women associated being kawaii (可愛い) or cute by speaking in a way higher pitch than how they normally sound. it is because they feel like Japanese men are attracted to a type of voice like this.

it is understandable for Japanese women to connect to that possibility because most of the youth Japanese men are fans of anime and various TV shows which portray kawaii (可愛い) women characters and they find them desirable or attractive.

Because of that, the kawaii (可愛い) culture also became a beauty standard that a lot of young Japanese women adhere to so that they’d feel like they’re more attractive and desirable to their male counterparts.

This isn’t always the case though as this is a rare occurrence among the older Japanese demographic. You’ll rarely hear older Japanese women talk in a kawaii (可愛い) way. You’ll still probably hear them in a high-pitched voice but that’s just how they would normally converse with people.

Apart from this, there are other unorthodox beauty standards that Japan has that women follow to feel attractive and desirable. We talked about one of them in our previous article and it was all about the appearance of their teeth.

Japanese Sentiment Towards Women Speaking In A High Pitch Voice

As mentioned earlier, Japanese culture is centered on respect and understanding. This also comes with their complete understanding of why trends like this take over the country and why Japanese women opt to talk in a much higher pitch to have a cuter image.

The Japanese youth definitely think that it is normal and women talking in a high-pitched voice is already a part of their culture. The men find it attractive and the women respond by being more kawaii (可愛い) or cute.

Although the views might differ for the older generation as they might not completely understand why the youth is doing this or why it is a trend in the first place. Some might find it irritating to hear women talk in a way higher pitch than they’re supposed to.

Despite the possibility of Japanese people having differing views on the kawaii (可愛い) trend, one thing is for sure; they’re aware that it is already a part of the Japanese youth culture and it is not going away anytime soon because more and more people are doing it because of the rise of popularity of anime in general.

For Westerners who are a fan of anime, to begin with, the kawaii (可愛い) shouldn’t be a surprise to them anymore as they already know that female characters in anime talk in a high-pitch voice.

If they hear Japanese women speak in the same manner, they’ll understand that they’re only partaking in the kawaii (可愛い) trend and they really wouldn’t think of any bad connotation why they’re talking in that way.

However, it might be a different case for Westerners or other nationalities in general who aren’t aware of anime or the Japanese culture of speaking in a high-pitched voice. They might find it irritating or weird for women to act overly cute by speaking that way.

This is completely understandable because this isn’t a thing or a trend in Western countries. People just talk normally to how they sound even though it doesn’t conform to the norm that women should have a higher pitch of voice.

Why Do Japanese Women Have A High Pitch Voice?

it is no secret that most, if not all Japanese women talk in a high-pitched voice and you’ll also notice this in anime or in Japanese TV shows. And the reason is to be カワイイ or to project a cute image to people.

It became a norm and a part of the Japanese beauty standard for women as most men in Japan are looking for a girl who speaks in a cute or high-pitched voice. They see it as desirable and admirable.

We hope that this article has been helpful in determining why Japanese women speak in a high-pitched voice. 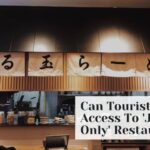 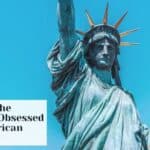