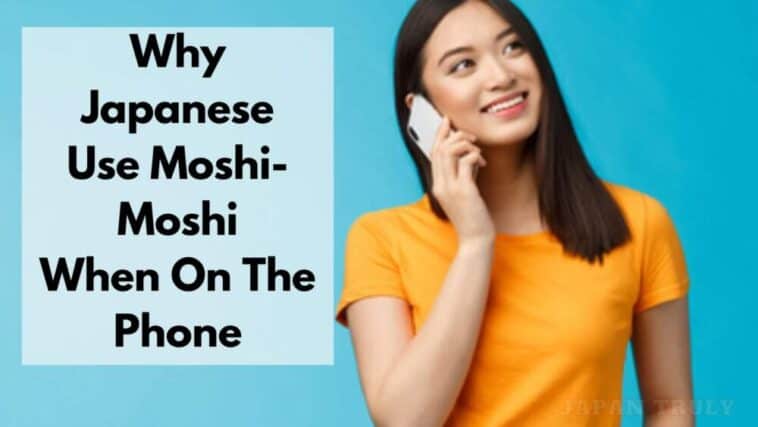 Have you ever heard the interesting Japanese expression Moshi-Moshi? But what does it really mean? Why Do The Japanese Use Moshi Moshi When Talking On Phone

If you have ever been to Japan, then I am sure you know that the term ‘Moshi Moshi’ or もしもし is a common Japanese phrase that people use when they pick up the phone. It is a casual greeting used between friends and family which is like saying hello but actually means something completely different!

When you translate this term into English, it means: ‘I speak, I speak,’or ‘to say to say.’ Just like face to face interaction, even a normal telephone exchange in Japan  follows a formal code of politeness and respect.

But where exactly does the iconic phrase to answer the phone come from? In this article, you will find everything you need related to the famous “Moshi-Moshi” and how you can start using this essential expression!Let’s take a closer look!

Why Do The Japanese Use Moshi Moshi When Talking On Phone

What does Moshi Moshi actually mean?

The term ‘Moshi’ originally  comes from the verb mousu (申す), this is a humble form of ‘to say’ or iu ( 言う).

It was used in normal conversation during the Edo period when speaking to someone of higher caliber and status. Initially the words moushimasu (申します) or moushiagemasu (申し上げます) or mousu (申す) were used which all meant the same thing. The phrase meant ‘I’m going to say (talk).’

Eventually they shortened the term to ‘moushi’(申し) as it was used to catch someone’s attention like saying , ‘hey!’ So, the term Moshi Moshi is a polite way of saying ‘I’m going to talk” twice.’ It feels more like saying: Hey buddy/dude.

Nowadays, Japanese people often use this expression at the beginning of their telephone conversations, a common example would be:

Hello, yes this is Mike.

The important thing to remember is that this term is primarily used as a  casual expression, and should be used only with your friends and family. Have you ever wondered where this term  comes from?

On December 16th 1890, telephones were first introduced in Japan. During this time only elite people could afford telephones and were used to talking down to others.

At the time, the common greeting on the phone was “Oi-Oi” (おいおい) which translates into ‘Hey you.’to this, the response would be Hai, you gozansu” (はい、ようござんす) or  Hai, you gozaimasu (はい、ようございます). Both are a polite way of saying: ‘Yes, I am ready’ which indicates that you are ready to talk.

There are several theories about the origin of this famous  expression. Some say that it originated from telephone operators in Japan who were men who  used less polite speech to get the attention of the person on the other line.

When the job was taken over by female operators, they used a much more  humble and  polite expression ‘Moushimasu’ to communicate with callers who were in a more higher position. Due to the poor quality of sound, the term was  shortened to ‘Moshi-Moshi.’

Another story is that a  Japanese man named Shigenori Katougi created the term  ‘moshi moshi’ in the late 1880s when he was traveling to the US to study the American phone system.

He did not want to give a long explanation when the  Americans asked him how Japanese people answered the phone, so he coined the term- moshi moshi and introduced the idea when he got back home.

When to use the term Moshi Moshi?

Moshi-Moshi is usually used only during  a phone conversation. Although the only exception you might see someone using in a face to face conversation is asking a person if they are still listening to you, sort of like a hello? Anybody there?

The term can only be used when you receive a call from friends and family as it is a more casual phrase.If there is a long pause or a lost connection during the call, you can say: ‘Moshi-Moshi’ to ensure the other person is still on the line.

To explain with an example: If your friend’s voice becomes unclear between your conversation, say:

Hello, can you hear me?

If you are answering the telephone and it is someone who is not a friend or family member, then do not say Moshi Moshi. You can say: hai or はい, which means a polite “Yes”.

If you do use the term outside a telephone conversation, you are trying to catch someone’s attention. If your friend is spacing out, you can also wave your hand in front of his face and say: ‘Moshi Moshi.’ You can also use it on someone who has passed out on the sidewalk.

Also, even officers in 1913 used to shout ‘Moshi moshi’ to get someone’s attention or stop a robbery. However the police don’t say this anymore, but it may still be on the books as official police conduct.

When not to say Moshi Moshi?

Moushimasu (申します) is the humble verb form of moshi moshi but it is considered as general casual speech so it is better to say it only to a friend or family member.

So, avoid using the term if you are speaking to your manager or boss. If you are picking up the phone on behalf of a company, you can say:

Thank you for calling

IMPORTANT NOTE: Only with friends and family members you can moshi moshi away!

If you are receiving a professional phone call, it is better to avoid the term moshi moshi and say: yes or はい which is used as hello. Just remember to upgrade your politeness level depending on your situation.

Alternatively, when it comes to business phone etiquette, give a good, clean introduction. Another important factor to consider is not letting the phone ring too long. Answer the phone as soon as it rings.

If it rings three  or more times before you pick up, please  apologize for being late to answer.

The safest way to answer the phone is by replying:  Hai or Yes  or  はい which  serves the same function as Hello. Let us take an example:

Hello, this is Tofugu, LLC

2. Thank you for your Call:

Another way to answer the phone is to thank the person who called by saying:

Thank you for calling

3. I appreciate all you have done for us:

You can also go a step further and thank the caller for everything they have done with the following  phrase:

When you receive a forwarded call in a business situation, you can use the phrase:

However, if it is a casual conversation, you could just say, “Moshi-Moshi. As mentioned before, you can use the term  ‘Moshi-Moshi’ on the phone when there is a long pause, or you can’t hear the person on the other line. If it is a business situation use Pardon me or Osoreirimasu (恐れいります).

Why Japanese Say Moshi Moshi On The Phone: よくあるご質問s

What are some of the supernatural uses of the term moshi moshi?

According to popular urban legend in Japan, foxes are tricksy characters who can take human form and speak and want to steal your soul. An easy way to spot if the other person is a fox is to see if they can say moshi moshi because ghosts cannot say moshi moshi twice.

リード  10 Most Popular Types Of Fish Consumed In Japan

How to make a professional phone call?

-In a more formal situation like the corporate world, it is better to avoid the term moshi moshi which can come across as disrespectful and rude. It is important to specify the company you are representing along with your name. If you wish to speak to someone in particular, you can say: san wo onegaishimasu or ○○さんをお願いします.

Why is the term Moshi Moshi important?

It has become a part of Japanese culture which we know is a  culture of respect. And you don’t have to visit the country to know that manners matter a lot here. In terms of using it in telephone conversations, it has become a friendly greeting and informal way to greet your near and loved ones.

So, there we have it! That’s everything you need to know about ‘Moshi Moshi.’  In Japan, telephone etiquette is  ruled by conventional expressions and codes of politeness and respect. Are you feeling ready to start making and answering some phone calls in Japanese? Answering the phone in Japanese can be intimidating, but I hope now you will be able to confidently answer the phone.

Now that you are more aware of this term, don’t be afraid to use it. If you would like to practice more Japanese grammar and expressions for real-life situations, you can always download some Japanese language related apps.

Thank you for reading this article, and always remember that practice makes perfect. Let us know what you think about this famous phrase in the comments below.So get out there and practice, practice, practice! 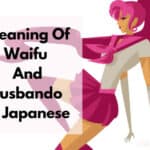 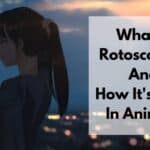