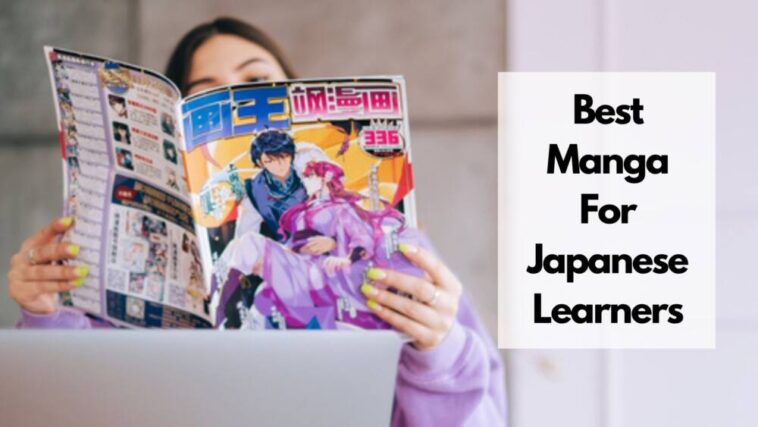 Bored of reading Japanese textbooks? Here are the best Manga for Japanese learners that can help you improve your Japanese with great storylines!

Are you looking for ways to try to master the Japanese language? Read further to know the simplest methods to learn Japanese and you’ll be able to speak basic Japanese in no time.

Over the course of years, we find many people trying to learn several languages and speak them confidently. Japanese isn’t an exception thanks to anime weebs living around the world. Anime has definitely brought several people around the globe together to learn Japanese.

Apart from language schools and How To Learn Japanese In 30 Days Books, there are other ways to pick up the Japanese language effortlessly.  Such a method, in particular, is reading Japanese comics or manga.

Manga is one of the best ways to learn basic Japanese vocabulary and also to stay in touch with the current Japanese trends. In addition, it’s also quite interesting and will never make you give up as you’ll already be enthralled by the manga. Hence, you’ll be keen on learning more.

To make it convenient for you, I have curated a list of some of the best and easy mangas to learn Japanese.

Doraemon is one of the ever famous and loved anime by most kids around the world. Not just kids love Doraemon but we also find adults who still can’t get over their childhood favorite anime.

There are over a total of 45 volumes of Doraemon manga which were published during the years 1969 and 1996. Doraemon mangas are ideal for beginners in learning Japanese.

The storyline of Doraemon revolves around an elementary school boy called Nobita. Nobita is quite a mischievous boy who’s known to have issues with his friends and is also not a bright student in school for which he usually falls in trouble.

Nobita is usually bullied by his classmates who are named Gian and Suneo.

Nobita’s life changes when he meets a cat robot called Doraemon from the 22nd century. Doraemon was sent by Nobita’s future grandson, Sewashi Nobi to take care of present-day Nobita so that Nobita’s future progeny can have better lives.

Doraemon has futuristic gadgets which he uses to help Nobita with. Doraemon stores all the gadgets in his four-dimensional pouch. Most of the gadgets used by Doraemon are to reverse time so that Nobita can correct his mistakes.

Since Doraemon is targeted towards kids, the manga will consist of easy vocabulary which will be ideal for beginners in learning Japan.

Basically, every anime enthusiasts’ journey to anime began with famous anime like Naruto. Naruto mangas are one of my personal favorites and are quite enjoyable to read through.

The story of Naruto has a fantasy theme that begins with the introduction of a powerful fox called The Nine Tails which attacks a mystical village called Konoha in The Land Of Fire.

The leader of Konoha, Minato Namikaze who’s also the fourth Hokage seals the fox inside his newborn son’s body. This son is called Naruto and he’s always frowned down on by the villagers as they see him as the host of The Nine Tails.

Naruto knows nothing about The Nine Tails but he eventually learns about the incident through a ninja whom he later fights in combat. This impressed Naruto’s teacher, Iruka Umino, and Naruto becomes a ninja under Iruka’s teachings.

The Naruto manga has 72 volumes which were later adapted into 220 anime episodes and it’s also one of the most bought manga online. If you’re a major Naruto fan then this manga is the ideal pick for you.

Naruto mangas are mostly enjoyed by teens and adults and they are suitable for Japanese learners who have crossed the beginner’s stage.

The vocabulary in this manga is mostly action-related hence you can converse with your friends who are Naruto fans and are also learning Japanese.

Dragon Ball is one of the greatest mangas of all time. The Dragon Ball manga was written by Akira Toriyama and was initially released in 1984.

The manga consists of 42 volumes and it’s divided into two parts which makes it convenient for the readers to understand the storyline and also will be quite helpful for Japanese learners.

The first part of the manga focuses solely on the childhood of the protagonist Goku and the adventures he comes across. Japanese learners can learn vocabulary for beginners in the first few volumes of the manga.

The second part of the manga depicts the adult life of Goku which involves the main storyline that consists of intense actions and turning points of Goku’s life.

The storyline of Dragon Ball starts with Goku trying to learn martial arts as a kid. Upon his learning days, he meets a girl called Bulma who reveals to him about the legend of seven mystical balls known as Dragon Balls which will summon a dragon that will grant your wishes when gathered.

As Goku grows up he gets married and leads a normal life with his family. But however, everything changes for Goku when he meets an alien called Raditz who claims to be Goku’s long-lost brother.

Reading Dragon Ball manga to improve your Japanese language skills is the best way to go. It starts off simple and with easy to comprehend words and gets complicated as the story goes in-depth and you can ensure to keep learning Japanese as you read.

You might know My Hero Academia for being one of the iconic superhero anime in recent times. If you’re learning Japanese and also a fan of this anime then you’ll be glad to know that there’s a manga for this anime.

The storyline of My Hero Academia features a fictional world where most people are superhumans who have ‘Quirk’ powers. People without Quirks are deemed as ordinary people and are often looked down upon by the superhumans.

In a world where superheroes defend the city against supervillains, lives a boy called Izuku Midoriya who’s the protagonist of the show/manga.

Izuku is an ordinary high school boy who has no Quirk powers but he dreams of becoming a powerful superhero. He frequently gets bullied by his childhood friend, Katsuki Bakugo for not possessing any Quirks.

However, that doesn’t stop Izuku from pursuing his dream. Both Izuku and Katsuki dream of being the most powerful superhero in the city known as All Might.

One day Izuku meets his idol All Might and impresses him. After seeing the strong determination and will of Izuku, All Might decides to make Izuku his successor and passes his Quirk powers to him.

However, Izuku who has no prior experience of being a hero struggles with controlling the powers. Hence, his journey as a superhero begins as he joins a school for superheroes called My Hero Academia.

This manga would be suitable for those who are already thorough with the beginner level of the Japanese language. The eye-catching animation in the manga would keep you invested in it.

Anime weebs would definitely love this manga and it’s recommended for those who are seeking to improve their fluency in Japanese.

To those who have watched One Punch Man, you know that this anime is filled with great action scenes and subtle comedy. The manga is no exception as it consists of the exact details of the anime.

The storyline of the manga introduces a Sci-Fi theme and depicts a world filled with evil villains and monsters who cause chaos.

To combat the villains and monsters, a millionaire called Agoni creates The Hero Association which recruits superheroes.

In this world lives a man called Saitama who’s obsessed with martial arts. He began practicing martial arts from a young age and became a self-proclaimed fighter.

In fact, he has mastered martial arts unlike anyone that he has the ability to put his enemy into defeat by just giving them a single punch.

However, Saitama eventually gets bored due to his powerful punching ability and not gaining any thrill while fighting.

Then he meets a cyborg called Genos who pleads to Saitama to become his mentor in martial arts. As the story continues you’ll find both Genos and Saitama joining The Hero Association.

This manga is ideal for advanced learners in Japanese as it contains quite complicated phrases. However, it’s overall an intriguing manga, anime weebs would love, and the comedic phrase gives you a burst of good laughter.

Is manga good for learning Japanese?

Manga is one of the best ways to learn Japanese as it’s generally very interesting and would keep you focused on your reading ability and also help improve your vocabulary in Japanese.

What manga should I read for beginners?

Beginners can read manga such as Doraemon, Naruto, Dragon Ball, and My Hero Academia.

How long does it take to learn Japanese to read the manga?

It may take up to 1-2 years of learning Japanese to read manga.

What level of Japanese should I have to read manga?

Basic knowledge in Japanese is the minimum requirement for reading and understanding manga. 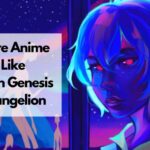 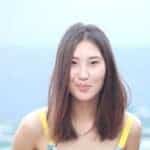