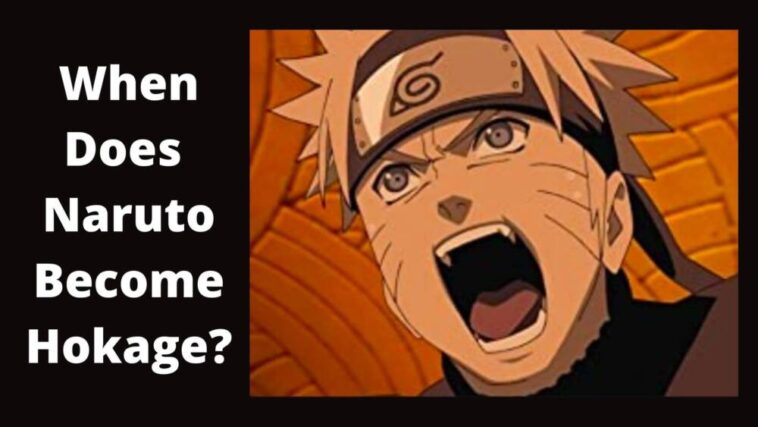 想知道 when Naruto become hokage? Well, check out this article to find out Naruto’s early life before and after hokage. Read further to know more about it.

Naruto is ever known as one of the greatest anime that has been made. It’s the first anime that most anime enthusiasts have watched before making their way into the fandom.

The story of Naruto focuses on Naruto Uzumaki who’s a young boy that learns martial arts to become a successful ninja. As Naruto grows up we can see him becoming more responsible, mature and dreams of earning a reputation for himself.

Today we’re going to talk about Naruto’s life in depth and how, why, and when does Naruto become Hokage, and how his life changed for the better.

What is Naruto’s Hokage?

Before we know when does Naruto become hokage, it’s best we familiarize ourselves with the term Hokage. Hokage literally means Fire Shadow or the Kage of Konohagakure which is a title given to the leader of the village.

Konohagakure is the name of the village which means Hidden Leaf Village. In addition, Hokage is considered to be the strongest ninja in the entire village.

The history of the Hokage goes back to one of the founders of the Konoha village who was called Hashirama Senju. Hashirama wanted to offer the Hokage title to another co-founder named Madara Uchiha. However, the people in the village unanimously elected Hashirama as their First Hokage of Konoha.

The duties of a Hokage are to ensure the welfare and safety of the village such as overseeing ninjas to missions, making sure the needs of the villagers are met, and basically ensuring everything in the village is taken care of. It’s an obligation of the Hokage to abide by the Will of Fire which states that it’s the Hokage’s responsibility to take care of the village.

When the Hokage wants to resign he/she can select their successor or if they’re dead before entitling the title a committee in the Konoha council would elect a Hokage. Let’s see When Does Naruto Become Hokage, below.

Here’s a list of the seven Hokage of the village of Konohagakure.

What was Naruto doing before he became a Hokage? How did it all start? Well, we’re just here to talk about that. When Naruto was born, his father Minato Namikaze, was the Fourth Hokage of the village.

The Hidden Leaf Village of Konoha was attacked by an invincible fox known as the Nine-Tails. To save the people and the village from the Nine-Tails, Minato seals the fox inside Naruto’s body which ultimately makes Naruto the host of the Nine-Tails.

However, Minato would die in the process, and the Third Hokage of the village, Hiruzen Sarutobi takes up the position of Hokage. When Naruto grows up the villagers despise him for being the host of the Nine-Tails but, however, hide it from him as the Third Hokage ordered them to.

After 12 years when Naruto fights a ninja named Mizuki, he’d come to learn about the incident of the Nine-Tails.Naruto becomes a ninja under the teachings of Iruka Umino and he would join Team 7 which was supervised by a professional ninja called Kakashi Hatake.

During his years as a ninja, he tries his best to impress the villagers, receive their acknowledgement, and become a Hokage. He endures several mishaps and saves his village from deadly threats before becoming a Hokage.

Why Does Naruto Want to Become a Hokage?

Living all of his life facing countless difficulties, fighting villains, and having to live with the stigma of being a host of the Nine-Tails, Naruto yearns to make a bright future for himself. He thought by becoming a Hokage he could use his powers for good use and lead a peaceful life in the village.

After learning the truth about himself he could not help but put an end to all the negative impressions the villagers have on him. In addition, being a Hokage was not tough for him as his father was once the Fourth Hokage of the Hidden Leaf Village.

And Naruto thought he could prove to be a responsible person and a powerful Hokage Konohagakure could ever have. Naruto also seemed to be the ideal person to be the next Hokage as he possesses great power that could ward off villains.

How Does Naruto Become Hokage of Konohagakure?

It all began when a conflict arose between Kakashi Hatake’s former teammate and Team 7. When Naruto’s friend Sasuke betrays everyone and tries to seize the opportunity to control all the Tailed Beasts, he and Naruto duel each other. When Sasuke accepts his defeat and gives up the battle comes to an end.

阅读  Is Animal Crossing: New Horizons Worth It?

After the battle, Kakashi is seen becoming the Sixth Hokage and when he resigns he chooses Naruto as his successor. Finally, Naruto marries his lover Hinata Hyuga and becomes the Seventh Hokage of Konohagakure.

Now that we’ve discussed Naruto’s early life and his plans of becoming the Hokage of Konohagakure let’s get to the real question, the question we’ve all been waiting for.

The moment Naruto became Hokage was definitely the most memorable and valuable moment for not only Naruto but also for the Naruto fans who’ve never missed an episode in the anime series.

Naruto had unconditional love for his village and its people and he wanted to serve them rightfully and ensure their wellbeing is taken care of. He knew that the title of Hokage is nothing to play with and that it was his only opportunity to show how talented and responsible he is that the villagers could place their trust in him without thinking twice.

Naruto became the Seventh Hokage of the Hidden Leaf Village after his friend and mentor, Kakashi Hatake stepped down as the Sixth Hokage. This happened after 13 years of Kakashi being the Hokage of the village and after the 4th Ninja World War.

As Naruto was already married to Hinata and had a son named Boruto and a daughter named Himawari when he acquired the title of the Seventh Hokage of the Hidden Leaf Village.

Naruto was roughly 31 years old when he became the Hokage and Kakashi was almost 47 years of age as he stepped down from his title.

In Which Episode Does Naruto Become Hokage of Konohagakure?

To those who want to know in which episode Naruto becomes the Hokage, it’s quite disappointing to say that Naruto’s inauguration as the Seventh Hokage of Konohagakure was not shown in the anime. It was quite obvious Naruto became the Seventh Hokage of Konohagakure but there are no scenes in the anime that depict the events of him becoming the Hokage.

However, as long as we know that Naruto: Shippuden does not consist of any scenes that portray 火影忍者 swearing in as Hokage, there’s an OVA (Original Video Animation) video that shows the inauguration ceremony of Naruto becoming the Seventh Hokage. The video is titled ‘The Day Naruto Became The 7th Hokage’ and it’s not part of the original anime series hence why it was released individually.

When does Naruto become hokage?

Naruto became hokage in the 18th episode of Boruto called “A Day in the Life of the Uzumaki Family”. There is a hokage ceramony organised in this episode where we can see various interactions between Naruto and Uzumaki family.

When does Naruto became hokage? : FAQ

How long until Naruto becomes Hokage?

In which episode does Naruto become Hokage?

In which episode does Naruto marry Hinata?

Naruto marries Hinata in the last episode of Naruto: Shippuden where Naruto and Hinata are seen preparing themselves for the wedding and are dressed in their traditional wedding robes. The final episode ends with Naruto holding Hinata’s hand as their wedding is going on.

Who is the Eighth Hokage?

Naruto who’s the Seventh Hokage of the Hidden Leaf Village is still the Hokage and no one else has received the title as Hokage. However, a new Hokage is bound to come into Naruto’s position as Naruto cannot be the Hokage forever.

Who was the longest Hokage?

The longest serving Hokage of the Hidden Leaf Village in the Naruto anime series is Hiruzen Sarutobi. He was the Third Hokage of the Konoha village during the 1st Shinobi War and served for nearly 44 years as Hokage and retired at the age of 68-69.

How long is Kakashi Hokage? 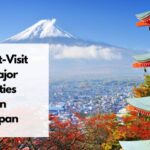