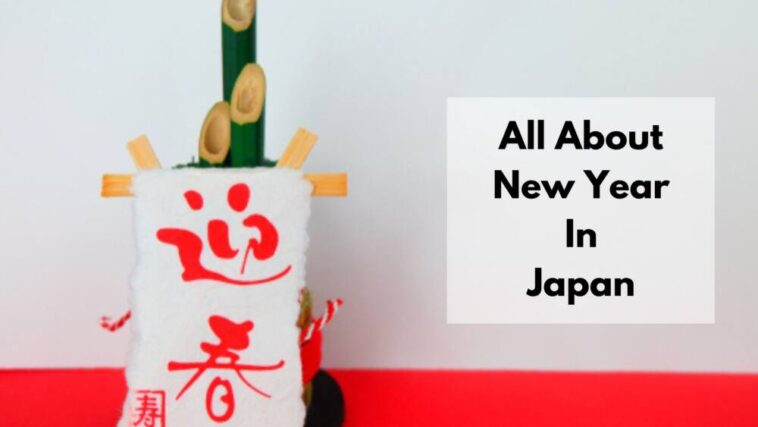 Japanese New Year is packed with traditional customs and food and is a day every Japanese family comes together. Read on to find more on what Japanese do in New Year 这里!

I love celebrating New Year with friends and family. It is the time when we leave behind all the negativity in the past year and welcome the new year with open arms.

This is the time when we hope that the coming year brings us happiness, good health, and lots of positivity. The Japanese also celebrate New Year, but like everywhere in the world, they also have their own customs and traditions.

Here’s what the Japanese do in New Year.

What Japanese Do In New Year

Here are some of the most unique traditions that are followed in Japan in all the New Year’s events. These traditions are simply amazing and keep you in a great spirit to welcome the new year with a lot of zeal.

All of these traditions will make you wish that the New Year’s holidays never end. You would want to celebrate this time every single day. Are you excited to know what the Japanese do in the new year? Continue reading!

I have always loved giving and receiving greeting cards on all special occasions. The Japanese follow this tradition on New Year’s. They start getting all their greeting cards together right from the beginning of December.

They start preparing the greeting cards even before they start putting up the Christmas trees. The special postcard that is used by the Japanese during this time is known as nengajo.

What is special about these postcards is that they help you stay connected to friends, family, relatives, and colleagues. These postcards also come with a special feature. There are numbers at the bottom of the postcards that are known as nengajo tosen. With these special numbers, you may win a prize or some cash.

The numbers that have won the prize are all announced on the Japanese Postal website in the middle of January. Keep your eyes on the website to see if you have bagged any prizes.

Related: All you need to know about 日本文化日!

I love playing a good game of badminton, and I am sure most of you do have memories of playing this game at least once in your lifetime, if not more.

In Japan, there is a Japanese version of this game that is known as hanetsuki. To play this traditional Japanese game, a rectangular wooden paddle is used.

The paddles are extremely beautiful and look marvelous. These are decorated with 3D models made of silk, wood, and washi Japanese paper. These 3D models look like faces that are often seen in traditional theatre plays. These can also represent the faces of geisha, kabuki actors, or sumo wrestlers.

Yet another unique tradition that is followed in Japan to celebrate New Year’s is what is known as Oosoji in Japan. This is nothing but the Japanese version of “Spring Cleaning”.

Every single inch of the house is cleaned thoroughly, and it is a tradition in which the entire family pitches in to clean the house to welcome the new year. You also clean places that are usually ignored at other times of the year.

This tradition is usually one that is followed on the last weekend of the year. With this tradition, you can be sure that you are having a clean and fresh start to the new year.

Once all the cleaning of the house is done, the families start gearing up for decoration work. All New Year’s decorations are brought out; these decorations are known as Oshogatsu Kazari in Japan.

Unlike the decorative items used in the west, the ones in Japan contain three bits of bamboo and some pine leaves, two tiers of mochi, rice cakes with a tangerine on top, and a New Year’s wreath.

Decorating alone is not important. What is of the utmost importance is that you get the timing of completing these decorations right. It is believed in Japan that if you rush into the decorations and complete them on the last day of the year, the gods will get angry and so, it will bring you bad luck.

The act of completing the decorations on the last day of the year is known as “one-night decoration”. As per the traditions, these decorations should be completed well before New Year’s Eve so that the house is completely decorated to welcome the brand new year.

The most exciting part of the New Year’s celebrations is that it lets you enjoy Japanese traditional New Year’s food. The traditional meal, which is called Toshikoshi Soba, is prepared when you have cleaned up the room and completed the decorations and it is time for the festivities to start.

This traditional food includes long soba noodles that are known to have a special symbolism in Japanese traditions. These noodles represent a general wish for a long life that is filled with precision and attention to detail.

What you add as toppings to your soba noodles depends on the region you are in. In Tokyo, the toppings usually consist of shrimp because it represents long life.

Soba also has another special significance. It means you let go of all the things that you have gone through in the previous year. When you slurp down the noodles, it means that you forget all about the things that have happened and move on.

Another tradition that is followed by the Japanese on New Year’s is the tradition of handing a bit of money to the children in an envelope.

The money that is put inside the envelope usually is not too much, but it is something that is really enjoyed by the children. In fact, the children really look forward to receiving their share of the money. Adults get it too, but it is not very common. This depends on the household.

This is quite a fun tradition, in which people go out and buy fukubukuro on New Year’s. Fukubukuro are surprise bags that are available at different price points. The whole point of buying these little surprise bags is that you do not know what is inside them.

These are quite fun to buy and open later. It is an extremely popular tradition and you will see that these bags sell out quite quickly during this time of the year. There are usually lines of people who are waiting to buy one.

Joya no kane is nothing but a large bell at a temple or shrine, which is rung at midnight on New Year’s Eve. It is believed that this ringing of the bell signifies the beginning of a new journey.

This ringing of the bell is done by the priest of the temple or shrine and it is done in front of thousands of visitors, who come to witness this spectacular tradition.

Yet another New Year tradition that is practiced in Japan is Hatsuhinode. This is a tradition in which you enjoy the first sunrise of the year.

The Japanese way of welcoming the new year!

The entire world loves bidding goodbye to the old year and putting all their sorrows, negativity, and miseries behind. We all love welcoming the new year with a lot of zeal and passion. The Japanese love doing that too.

However, the traditions in Japan are a little different than what is followed in the west. These were some of the most unique traditions that the Japanese follow to welcome the new year.

I hope you found the Japanese way of celebrating the new year fun and enjoyable. If you are in Japan during this time, do not miss out on these festivities. You will surely be making a lot of memories. 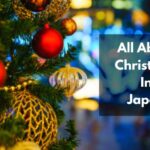 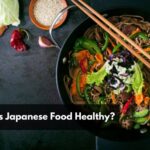