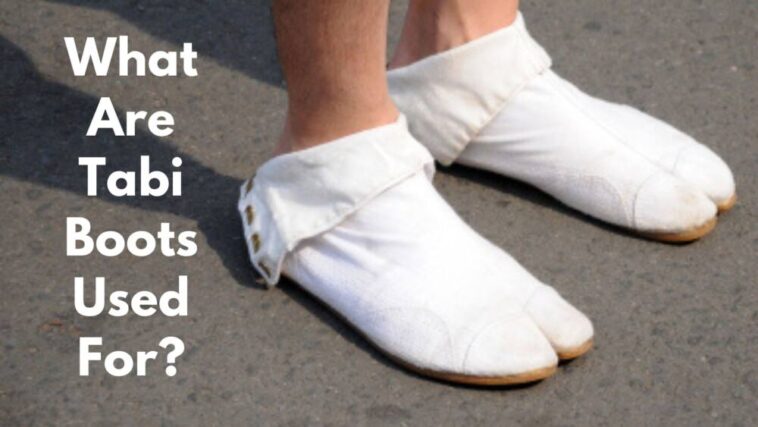 想知道 what are tabi boots used for? Well, check out some of the uses, history, styles, and a lot more below. Read further to know more.

Tabi boots are a kind of footwear that are still famous in today’s world even though they date back to the 15th century. Although tabi was a thing of the past, it’s still widely worn in the current times due to a lot of reasons.

Tabi literally means “foot bag” and are traditional Japanese footwear that has a split from big toe to the rest of the toes. This is the reason for it’s extra security, flexibility and stability.

Tabi boots which literally means “foot bag” is a traditional Japanese footwear used by rickshaw pullers, farmers, construction workers, gardeners and other labourers. They use tabi boots because of tough material, flexible soles and heavy duty. Tabi boots are comfortable, easy to wash and long lasting.

They’re an extremely comfortable wear and also compatible for long hours. Tabi boots are super easy to clean and maintain as well which is why it’s still in trend in the current times. Tabi fits like socks even though it looks like shoes so it’s important to get the right size of it.

People still wear tabi boots because they tend to be lightweight as they’re made with very few materials. Even though it’s made with a small amount of materials, it’s extremely durable and tough.

Tabi boots are my personal favorite and I sport them even when I’m hanging out with friends or family. They’re not merely worn for traditional purposes only, as they’ve become a fashion statement with so many designs and patterns coming in.

Without further ado, let’s find out what are tabi boots used for, below:

Tabi boots were used to wear under traditional clothing such as kimono with formal Japanese footwear called zori. Zori is slip-on sandals which are thonged like the tabi and made with rice straws, lacquered wood, cloth, rubber or leather.

Women always wore tabi with zori but it wasn’t the same in case of men. Men only wore tabi with zori during formal occasions. Another less formal sandal geta was also worn with tabi boots. Geta are made with wood with a thonged cloth between big toes and the rest of the toes.

However, it’s notable that geta was not accompanied by tabi boots if one opts to wear a casual cotton yukata.

Historically, the upper class Japanese courtesans, the geisha of Fukagawa, didn’t wear tabi because of status symbols. Bare feet was thought to be errotic in Japanese culture.

In traditional Japanese settings, shoes weren’t worn inside the buildings such as teahouses, stage performances or Noh theatres so tabi could be worn in those spaces.

The lower working class wore Jika-tabi instead of traditional tabi boots. This was basically to distinguish between the class of people. Let’s learn about Jika-tabi and it’s uses in the next section.

Jika-tabi is another style of tabi boots which literally means “tabi that touch the ground”. These shoes didn’t require to be worn with geta or zori. They were simply worn alone and would come in contact with the ground like any other normal shoes.

These are not socks but outer footwear that originated in Japan especially for the working class people. It seemed pretty much like the authentic tabi boots worn by the others that were thonged in between big toes and other toes and had a sole underneath.

They were initially made with a single animal hide but that evolved over time to be made with other materials like faux leather, rubber etc. The sole was traditionally made with straw, cloth or rubber.

Since Jika-tabi had tough material, heavy duty but flexible rubber soles, they were widely worn by rickshaw-pullers, construction workers, gardeners, farmers and other labourers who had constant work in tough conditions.

The rigid-sole of the tabi shoes and tough grip on the tabi boots have made them widely usable and hard to leave even after the introduction of steel-toe work boots in some workplaces.

There are various other types of tabi that originated during that time and were work specific, such as knee-high jika-tabi that was originally made for the mud-site workers, rice field workers and other working areas that involved wet places.

In recent times, there’s been a slow shift in Jika-tabi’s rubber or straw sole to that steel or resin which is more protective, saves from fall and sharp objects. This is also approved by the Japan Occupational Safety and Health Resource Center (JOSHRC).

Jika-tabi are used by karateka of Bujinkan budo taijutsu, who wear them when they’re training outdoors and also by those who are into exercise like walking, climbing, cross-country, running etc. This trend is widely seen outside Japan.

Apart from work and exercise, tabi boots are also worn casually in recent times. A variation called matsuri tabi is worn for festivals, events and comfort.

I occasionally wear tabi boots with my kimono during the Japanese festivals like Obon, Matsuri, New Year etc.

Most of the tabi boots vary in material like steel sole, resin sole, rubber sole etc. but other than that tabi boots styles are different in colours as well and most of them are specific to different tasks performed.

Usually when men travel they wear tabi boots of blue and black colours. The white tabi boots were worn on formal occasions such as tea ceremonies and it was definitely the most common amongst other colours.

Other coloured tabi boots also existed and would usually be worn as a fashion statement or part for a character’s costume in kabuki theatres.

Traditionally, these types of boots were made with sewing cloth cuts with few buttons or hooks as fasters on the back to secure the boots but without tabi without fasters are also available. They are slip-ons and can be worn like any other boots.

How to Wear Tabi Boots

Wearing a tabi can be tricky at times as it has some buttons to secure and you might be confused about it. If you’re looking for how to wear traditional tabi boots, here’s a little guide for you that will help you wear tabi boots properly.

It’s pretty simple to wear tabi boots, if you ask me. All you need is a little technique to fasten it. Once you fasten it, you’re all set. While opening, repeat the steps of instructions reversed and you’ll be done.

In the current trends of tabi, there are still tabi and tabi boots sold separately that people wear with geta or zori during the summer season when Japan is hot and humid.

But this is not in the case of modern tabis, they usually have elastic to wear the tabi instead of buttons or hook fasteners. This change is brought to make wearing tabi boots more comfortable and convenient as the traditional ones were quite challenging to wear easily.

A fashionable toe socks known as gohon-yubi no kutsushita has come out which is inspired by tabi but it has split between all the toes of the leg. So each compartment is a space for a single toe to rest. This was made so that it’s convenient to wear split toe footwear.

Since the early 1980s and the 1990s, Maison Margiela, a Belgian fashion company has been introducing single split toe modern tabi boots which are very fashionable and famous.

I’ve been wearing their tabi for the longest time now and I have to agree that they’re very comfortable and safe.

Tabi boots are one of the most useful, comfortable, flexible, easy to use and long lasting footwear which is why it’s extremely popular. Get yourself a pair of tabi boots and try it yourself. I’m sure you won’t be able to get over them anytime soon.

Hope this article- What are tabi boots used for, helped you in understanding the uses, styles, wearing technique and a lot more about tabi boots. 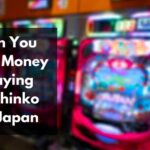 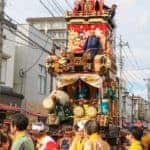