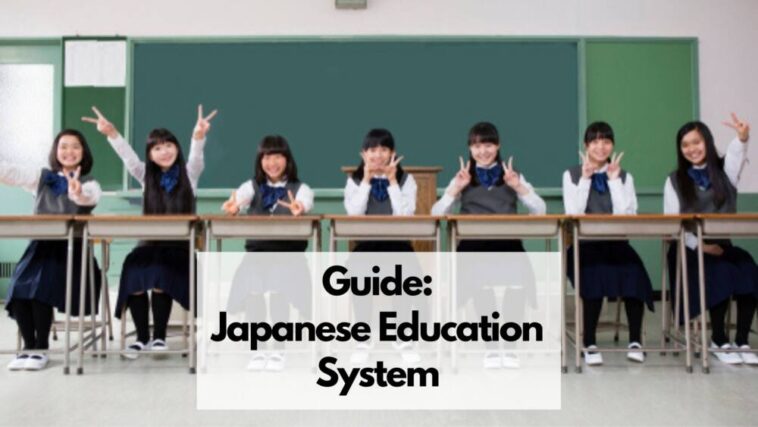 这里有一份指南 school grades and age structure in Japan. Read on to find out everything about the Japanese school system.

School systems and structures vary from country to country. The age at which a child starts school may differ as the start date of every academic year differs in different countries.

Children start the first grade of elementary school of the year that they have their sixth birthday on or before April 1st of that year.

Japan places a lot of importance on education during the early years of a child’s life. This is why it is not uncommon for children to start preschool by the time they are around 2.5 to 3 years.

The school year has two or three terms. Each of these terms is separated by term breaks in spring and winter and a summer break that is usually six weeks long. Classes are held Monday to Friday or Saturday. This varies for different schools.

It is compulsory for Japanese nationals to attend nine years of school- six years of elementary school and three years of junior high school.

School grades in the Japanese educational system are divided as the following:

After nine years of compulsory education, students can choose to attend high school or a secondary school that combines lower and upper secondary education.

How does the Japanese education system work

School in Japan is divided into five cycles. They are:

In Japan, during elementary school there is a lot of emphasis on morals and ethics. Besides the standard subjects like Math, science, music, and physical education, there is a separate subject taught about morals. This subject comes with its own textbook and allotted time. The aim of introducing this subject is to facilitate discussion on moral dilemmas.

Another difference is that while school is compulsory until the age of fifteen, 99% of middle school graduates enroll in high school and continue their education. However, this is not the case in America, where dropout rates are high and the age for compulsory education differs.

Unlike America, Japan does not consider enrolling in schools specializing in agriculture, industrial, or technical training as taboo.

Up until middle school, students studying in public schools do not pay for registration or school aterial fees.

What do children learn in Japanese schools?

The subjects taught in schools in Japan are as follows:

Besides these subjects, many elementary schools are now including English into their curriculum. Students are also taught Shodo and Haiku. Shodo is a traditional Japanese art of dipping brushes in ink and writing kanji and kana in an artistic style.  Haiku is a traditional form of poetry that has only seventeen syllables.

Exams in Japan are some of the toughest and most stressful tests in the whole world. Students who wish to move up into junior high school, high schools, or universities, must go through a set of extremely grueling entrance exams.

Students spend many sleepless nights preparing for these exams. It is no wonder that these exams are fondly called exam hell or “shiken jigoku”. You can often find students sitting in cramped classrooms after regular classes, studying in hopes of getting a leg up on these exams.

Many students start preparing for these entrance exams two years in advance.

University is no easy task either. It has been reported that only about 56% of students pass the selection process on their first try. Those who fail have to spend an entire year studying on their own before they can try again the following year.

What makes the Japanese education system so good?

The Japanese education system is considered to be one of the best in the whole world. This is because along with regular academics, students are also taught morals and ethics. This gives them a well rounded education that contributes to making them good human beings.

But like all good thighs, the Japanese education system also has a few drawbacks. Many believe that it revolves too much around school work and tests. This is tered as gakureki shakai.

Many believe that this competition between students to enter high schools and universities is unhealthy and unnecessary. This is causing children to spend most of their time studying and preparing for exams when they should be enjoying their time playing and having fun.

There have been many instances of children having breakdowns and burn outs. Many children have even dropped out of school because the stress has been unbearable.

Level of Education in Japan

Even by world standards, the level of education in Japan is considered to be quite high. In OECDs Programme for International Student Assessment (PISA) which is aimed at fifteen year olds, students from Japan recorded some of the highest achievements. This was particularly seen in the area of science.

Many students also excel in out of school activities. Admissions to high schools and college are mostly through entrance exams that are commonly held from January to March.

There are many schools that have been established to cater to the needs of children with special needs in Japan. These schools aim to provide these children with an education that is suited to their individual needs.

Like regular schools in Japan, these schools are also divided into four levels. They are kindergarten, elementary, lower and upper secondary.

These schools work towards supporting children with physical and mental disabilities. They also help them develop a self reliant nature and encourage social participation.

Children with severe disabilities are enrolled full time to these special schools. For children with mildren disabilities, besides attending regular elementary and lower secondary schools, they can be enrolled in special classes that have a small number of students. They can also visit resource rooms a few times every week for supplemental instruction.

What ages are in what grades in Japan?

How is the Japanese school year structured?

In Japan, the school year begins in April and ends in March of the following year. Each academic year is divided into two or three terms with scheduled term breaks in between and a six week summer break.

How long is a school year in Japan?

In general, school children in Japan attend six and a half hours of school each day.

At what age does high school start in Japan?

Most children begin high school at 15 to 16 years of age in Japan.

How many years of school is compulsory in Japan?

Japanese nationals are required to attend 9 years of compulsory education through elementary and junior high school.

Is education in Japan good?

What is wrong with the Japanese education system?

Is education in Japan strict?

Yes, Japanese schools have very strict rules that all students must follow. 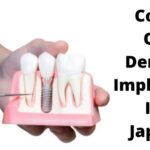 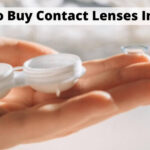