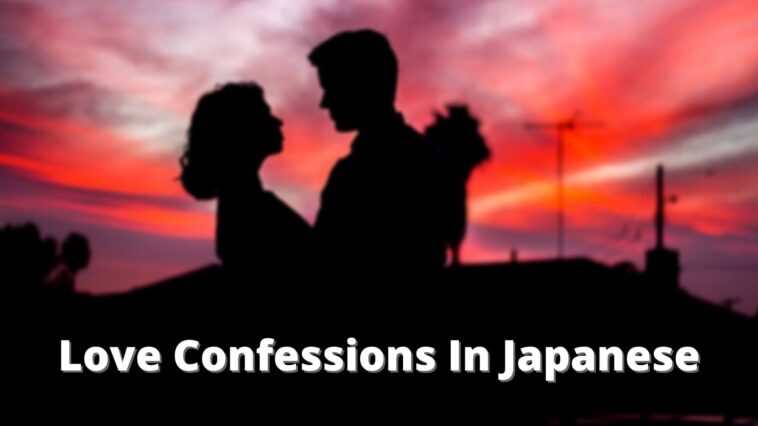 Love confessions in Japanese is an extremely cute concept. If you don’t know about it yet or you want to know more, read further for some fun stuff!

Kokuhaku, the two-kanji phrase seems so simple but has the power to get all the excitement back in your life- or maybe, leave you heartbroken by shattering all your hopes and dreams about someone if the special someone is not interested.

What are some words of love confessions in Japanese?

Kokuhaki is a word for “confession” in Japanese which is often used before expressing feelings to someone. Hitomebore is used for “love at first sight” but it should only be used if you know your partner for a long time. “Suki desu” (好きです, I like you), often followed up by “tsukiatte kudasai” (付き合ってください, please go out with me) is widely used otherwise.

Kokuhaku (告白) literally means “confession” in Japanese but it isn’t the confession you’d make to ap priest in the church or whisper in someone’s ears about something just for the sake of it. It is rather romantic and is a word for love confessions in Japanese.

Related: Check out how the Japanese weddings are different 来自西方的!

If you’ve lived in Japan or are familiar with the country’s culture or watch a lot of J-Drama and anime, I’m sure you’d know that informing someone before asking them out is common here in Japan, even amongst the adults.

If you really like someone and have a huge crush on them, here’s something that will help you tell your Japanese lover how you feel about them and hopefully, get them to say the same thing to you!

A little story time before I actually jump into the topic, my significant other is Japanese women. We met when we were in the graduating year of college and started spending a lot of time together. I was in love but I always felt shy about things like this.

Related: Find your man amongst the different types of men on Japanese dating sites!

I also wasn’t fully aware about the concepts of love confessions in Japanese when a friend of mine educated me on the same and asked me to confess my feelings. Hopefully, it all worked out peacefully with the magic of Kokuhaku!

Okay, let’s move forward with love confessions in Japanese because just saying “I love you” isn’t enough and that’s probably not all they’d want to hear from you!

The initial process of the whole confession-making makes everyone (of any culture or language) extremely nervous because we are anticipating a response from someone and we often do not know what are the right words to use to convey feelings.

Okay, so let’s begin with basics of love confessions in Japanese.

However, most of my male Japanese friends have told me that it seems to have the opposite effect with the guys.

Related: read how are marriage proposals different in Japan 来自西方的!

I asked a lot of my Japanese friends (probably around 30-ish in number, I guess) and I could conclude after drawing a general consensus that you can only say that when you’ve been friends with the person for too long otherwise it sounds too cliche.

Try not to use this word when you’re expressing your love for the first time but if you two get into a relationship then by all means you can tell this to them later. They’ll be elated to hear this.

Aishiteru (愛してる) – The big one says “I love you” but it’s never ever meant to be a part of your confession. A friend of mine said that it’s a “tantamount to a Kokuhaku suicide” and further added “saying that will make you sound like a creep/stalker and it never works out too well!”

“I love you is not a typical phrase you would say to someone who you haven’t even started dating, is it” – I hope you get what I am trying to say here.

If you’re a non-native Japanese, you’re likely to hear suki (好き) a lot of time which means “like” and “love” both and it needs to be understood which one to use when with people lest confusions may rise!

However for love confession in Japanese, the most common word used is “suki desu” (好きです, I like you) which is often followed up by “tsukiatte kudasai” (付き合ってください, please go out with me).

Is it easy and enough? Wait, not yet!

These terms are common to use for the first time as teenagers kokuhaku but as an adult, try being a bit more smoother and more original. Using an anime-like kokuhaku as an adult is not just going to work for you over the age of 18.

Here’s what you can say instead!

‘No Time to Waste’ Romantic Vocab for You

If you’re someone who doesn’t like to beat around the bush and frank with what you feel and say, as well you know the perspective of your date, here are some solid and straightforward approaches you can use for love confessions in Japanese:

The thing is, I like you! Do you want to have dinner together sometime?

We’ve been friends for a sometime now, but the truth is, I’ve started to like you in a different way.

実は、(〇〇) が前々から気になっている。もしよかったらデートしませんか？
Jitsu wa (name) ga mae mae kara ki ni natteiru. Moshi yokattara de-to shimasen ka?
The thing is, I’ve been interested in you for some time now, and I was wondering if you’d like to go on a date sometime with me?

If the person you have a crush on is someone you work with or if you’ve always been out with a group together but you want to get to know him/her better and ask him something, you might want to try a little less confession-y approach:

帰りに一杯／コーヒーはどうですか？
Kaeri ni ippai/ko-hi wa dou desuka?
Would you like to stop for a drink/coffee on the way back home?

Or maybe if you want to grab some dinner together then use this line of love confessions in Japanese:

今度の（金曜日）一緒にご飯でも行きませんか？
Kondo no kinyobi issho ni gohan demo ikimasenka?
Would you like to grab dinner together on (Friday)?

Or if you want it to be a little specific- ask them for a location-based date, you can always add the romance bit later when you’re using love confessions in Japanese.

You can always take the straight flirting route too, although the response might be a little flustered one from your date but what’s the harm in trying, right?

By now, you might have wondered why all these sentences are a little vague or hesitant with the usage of words like “demo ikanai?” or the negative “ikimasenka.” There’s no subject also sometimes.

In Japanese culture, being a little vague when you’re testing ground is considered fine and is rather a normal thing. Also, it’s believed that being too direct and straightforward might put the other person in pressure (unless they’re already into you).

So, a small advice, be as vague as possible for the first time but also clearly imply that you really like them and would like to go out or have a one on one time soon with them. So be a little vage when you’re using words of love confessions in Japanese.

After you’ve nervously voiced your kokuhaku, the only thing you can do is wait for the other person’s response. It’ll either turn out to be a date otherwise, a sad rejection.

Acceptance can be simple and can sound like this:

Rejections of love confessions in Japanese could also be as simple as the chilly “gomennasai" (ごめんなさい) which literally means “I’m sorry” but all it says is “not a chance.”

Try Listening for what, if anything, they say after that — “gomen ne, chotto yotei ga aru" (ごめんね、ちょっと予定がある) just means they’re not free for when you asked, but could be on a different day.

Which means you might have to ask then when they’re free (いつなら大丈夫？Itsu nara daijobu?). If they don’t give you a specific date and are vague about it, don’t push it further — it’s probably a lost cause and they’re not interested.

And..If they tell you “Jitsu wa, tsukiatteru hito ga iru" (実は付き合ってる人がいるんだ), it measns they’re already in a relationship with someone else and aren’t interested in you. So beware of using right words of love confessions in Japanese.

Kokuhaku: With It or Without It?

The word kokuhaku has both fans and detractors. Fans say that it’s a quick way to judge whether a person is interested in you or not and you should allow those feelings to persist.

On the other hand, detractors say that fear of rejection and heartbreak are reasons enough to wait until a relationship developed its own way. But, ultimately the result of any kokuhaku can only tell you what the person feels about you, worse or best!

相关的。查阅 things you should know before moving to Japan for a smooth Japanese life!

Love confessions in Japanese, especially to a person from Japan, shouldn’t be scary as many people have done it. Many of my friends have done it and the outcome really worked for them and now that you know my story, it worked for me too!

Only Love is Real!

Love confessions in Japanese are really cute but vague just for making the other person comfortable and not for them to creep out.

Hope the words of love confession in Japanese helped you! 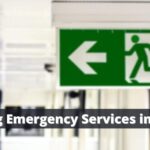 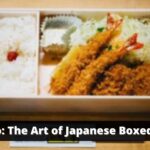