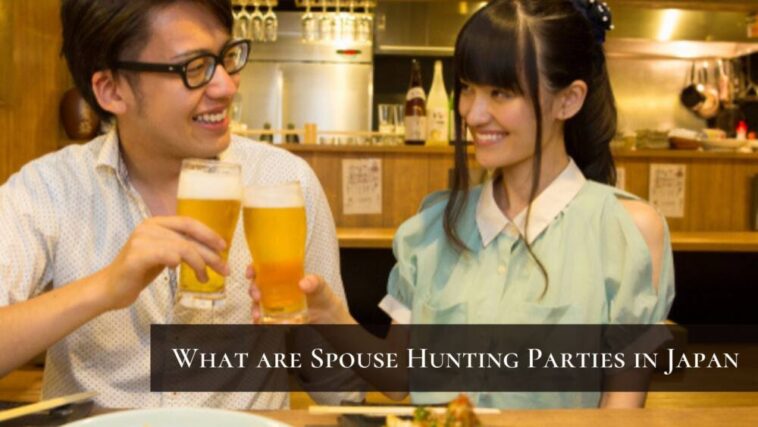 Living in the age of Tinder, eHarmony, OkCupid and so many more dating apps, it might be difficult to picture taking part in a spouse hunting party. But, believe it or not, these Japanese spouse hunting parties are still very popular in Japan.

Called “Konkatsu”, the Japanese Spouse Hunting Parties have to be taken with a pinch of salt. If you’re curious to learn more about these interesting events, you’re in the right place, so read on:

As is very evident with the huge number of dating apps that are currently active, and so many more that are quickly budding across the world, we know that spouses don’t just happen.

Well, I could be walking down the street, enjoying the beautiful weather, the sun shining on my face, giving my skin that beautiful glow when I bump into a George Clooney type handsome hunk (yes, literally bump into him).

He then smiles his dashing smile, we start talking and he asks me out to dinner. And the rest is history. As nice as that sounds and I wish so badly that the world would be so utterly magical that this would happen to all of us, sadly, it doesn’t (Believe me, I’ve walked around plenty to know that!).

The Japanese seem to be very practical when it comes to finding a spouse and that’s why they have the Konkatsu or the Japanese spouse hunting parties.

So, is this Spouse Hunting Party a weird event? Not really when you consider the advantages. If you think about it, many Eastern cultures still believe in “arranged marriages”.

In Japan too, finding a spouse before you are 30 is considered something of a norm and this puts a lot of pressure on single youngsters. According to traditional Japanese culture, marriage is considered to be the coming together of two families, and not just the two people marrying.

To date, many Japanese families have to give their approval for the youngsters to continue their relationship into marriage. Since two families are involved, a lot of importance is placed on the looks, their education, what job they hold, how much they earn, how much their families are worth and their status in society.

Japanese spouse hunting parties or Konkatsu follows a similar idea, except that the families are not involved until the man and woman decide they like each other.

Unlike dating apps, the intention of the people attending a Konkatsu is very clear – it will eventually lead to marriage.

Japanese spouse hunting parties or Konkatsu have been in vogue for over a decade now. As is the case in many Eastern cultures, Japan also sees a huge number of professional matchmakers. Matchmaking is a lucrative business in the country and is one that doesn’t seem to be dwindling anytime soon.

Spouse hunting parties and events are regularly conducted by these matchmakers who get to know their clients quite intimately before grouping them. This is what sets the elite matchmakers apart from the gazillion amateur ones that enter the market every single day.

With an increasingly large population travelling outside the country for study and work, and with a large number of people spending more years studying and working to establish themselves in their careers, the number of single people well into their late 20’s, 30’s and even 40’s is constantly rising.

Konkatsus are a great way of helping single people looking for serious, long term commitment, find their soulmate or their dream match.

Unfortunately, many from the western world would view the Konkatsu to be a very sexist event.

Though the idea of single men and women going out without their parents and meeting the opposite sex over drinks and conversation might sound very modern, in reality, the terms and conditions of who is allowed to attend these meetings are quite backward and sexist.

To be able to attend such an event, you have to first qualify and become eligible. Many Konkatsus have an age limit for women, and it’s usually under 30.

Very rarely will you come across a konkatsu that allows women over the age of 30, but even that event might have a clause that says that the women should look attractive. Now, who is to decide if the over 30 year old woman is attractive or not?

Very rarely there is an educational qualification criteria or employment required for the women to participate.

阅读  How To Use Honorific Titles in Japan Like San, Sama, Kun, and Chan

For the men, however, the rules are different. Most of the time there is no limit on the age, and you will see a lot of men in their late 30’s and even in their 40’s attending these events. Even in the events that enforce an age limit, it’s quite generous for the men.

There is no judgement on their looks either. What does matter is how much they earn. A lot of these Konkatsus clearly state a minimum salary that the man should be earning.

Some even mention that the person should be working in a “big name” firm. Minimum educational qualification is also enforced, usually being that the men should have graduated college.

The Konkatsu spouse hunting parties in Japan have a fee attached for entry. While the women pay a smaller fee or enter free of cost, the men pay a much higher fee, which is indirectly another way of proving that they are rich.

A few of these Konkatsus require the women to send in their pictures before registration. They are judged on their beauty and then allowed to register for the event.

The men who want to register for the event get to see the pictures of the women participants before deciding if they want to participate or not. Rules like these leave a distaste in the mouth.

Konkatsu probably springs from the traditional way of finding a spouse. As I mentioned earlier, the Japanese are very particular about the kind of person their child or grandchild marries.

Traditionally, these marriages were arranged by the families and proposals were brought forward by their close friends, well wishers and relatives.

One of the most important criteria in such match fixing was that the families held similar standing in the society. This meant that the rich married into families that were equally rich.

In these cases, young and pretty girls were desired for the well educated boys who were placed in good jobs or for those who ran their own businesses. Since the man traditionally “took care” of his wife’s needs, his earnings were what mattered, not how he looked or how much older he was.

Now that’s a question that does not have a straightforward answer. I’m sure there are quite a few singles who meet their match in a Konkatsu and settle down in a long term commitment or marriage.

Until a couple of decades ago things were quite traditional in Japan dating and marriage-wise. However, recently there have been studies that has stated that women are no longer interested in a tall, well educated and rich guy.

They want a man they are compatible with, one who is humble, polite, earns decently well enough to run a family and one that shares household chores.

They don’t expect a super handsome guy, but an average man who knows how to manage the household expenses in his average salary. Some of the women were very particular that they want men who are loyal to them, keep away from all kinds of violence, prefer to lead a calm and peaceful life, and don’t borrow money or take loans unnecessarily.

You would expect that this change in mindset is affecting the way the spouse hunting parties are conducted with more emphasis being placed on compatibility of the hearts than how well their financial backgrounds are matched.

Unfortunately, that’s not the case. Matchmakers continue to push their agenda as they feel that that is what the families of their clients want. Until the matchmakers who rule the industry take a stand and change the way they conduct these events without these stereotypical ideas, Konkatsus are not going to be truly helpful.

Things have changed a lot over the years, both across the world as well as in Japan.

These days the Japanese women are as well educated, as well traveled and as well read as the Japanese men. They are placed in high positions in top companies.

Despite pay discrepancies between the genders, many of the Japanese women who are smart and talented take home quite a hefty salary package.

However, the idea that men want “young and pretty girls” hasn’t changed much when you see how the Konkatsus are conducted.

While the thought behind the spouse hunting parties isn’t exactly bad and could actually work in favour of people trying to find their special one, the criteria enforced by the organisers and matchmakers is what leaves the whole spouse hunting experience sour. 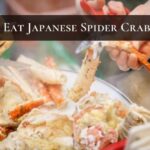 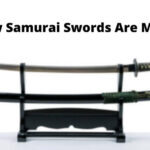