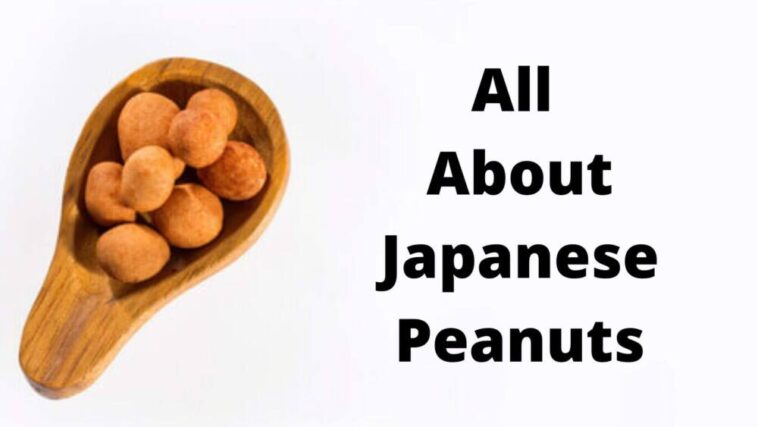 想知道 are Japanese peanuts good for you? Let’s get to know if these peanuts are healthy, what are they made of, and a lot more details about them. Read further to know more.

Before we get started, I should warn you. These Japanese peanuts might become an addiction. Their crunchiness will grow on you, and you won’t be able to stop at just a handful.

Japanese peanuts are really yummy and I personally love snacking on them. I remember a time from my childhood when I visited my grandparents. My grand mom always gave me a bag of them when I was hungry.

Are Japanese peanuts good for you?

Japanese peanuts are made of a mix of rice flour, sugar and wheat flour. They are packed with vitamins and niacin that’s good for blood flow and brain health. It’s also rich in iron but lacks other minerals. Japanese peanuts don’t have cholesterol at all. However, excess consumption might lead to problems.

I once got them to my school and in no time it was all vanished, yes it’s that delicious. The best part about it is the crunch, it’s crunchy to an extent that a person sitting two hands away can hear it.

Also, they come in so many different flavours like wasabi, soy sauce, spicy etc. Wasabi is my favourite. But apart from how delicious it is, it also has some bad repercussions if you have a lot of it.

There’s a slight bit of mystery going on about these addictive Japanese peanuts. Let’s unravel that in this article.

Are Japanese Peanuts Good For You?

One of the most surprising questions I came across was about its very origin. Are the Japanese peanuts even from Japan? Turns out, it’s not! Let’s talk about Japanese peanuts’ origin below.

It was when a particular Japanese immigrant in Mexico, Yoshigei Nakatan, married a Mexican woman and settled in the Japanese neighbourhood of the capital did he decide to invent a snack.

It started off with Yoshigei using his acquired experience and skill he learnt back in japan making candy.

They started to sell these candies called “muégano” that became so popular, they brought in a salted variation called “oranda”.

It was basically deep fried wheat made to be crisp, sweet and salted. When that took off, Yshigei wanted to become inventive and sought out to bring a little of the flavours from his home here.

Soy and rice flour being the Japanese patents, he wanted to try using that. But he found that the rice flour was a bit hard to find here, therefore he decided to stick with rice.

Thus, a single peanut, coated in a thick layer of wheat flour before it was deep fried and then flavoured with soy sauce was invented.

For twenty years, Yoshigei sold it in the wholesale markets, after which he opened his first factory. Who knew it would still continue to take over the world.

This snack, popularly known as Japanese peanuts, sold phenomenally in the La Merced Market, under the name of Nihon (日本) brand.

Nihon meant Japan in Japanese. In Spanish, this snack is called cacahuates japoneses or maní japonés.

You can’t entirely say it’s not a Japanese snack because it ultimately was created by a Japanese man, who was forced out of his home country.

In the most simple words, what Japanese peanuts are to Mexico is what French fries are to Belgium! The name might indicate another origin, but don’t let it confuse you.

相关的。查阅 why are Japanese fruits so expensive?, If you’re wondering the same!

What are Japanese Peanuts Made of?

This question seemed amusing to some mainly because those people thought Japanese peanut was a Japanese variation of the nut itself.

They were not aware that Japanese peanuts are actually an invention by mankind.  They are just coated in a way to make it more delicious. One made to satisfy the sweet and savoury cravings all at once.

So what’s the japanese peanuts recipe? To clarify, initially, the Japanese peanuts were intended to have a rice flour coating, owing to the transition in Japan.

But nowadays it is often a mix of rice flour, sugar and wheat flour that makes for the crisp and crunchy layer of the Japanese peanuts.

But now roasted peanuts are even poured into a pot of the flour with added colouring to make it look candy-like, making its appeal far reaching among younger consumers as well. Hope it’s clear how are Japanese peanuts made.

Related: Checkout Hakusai, It’s so nutritious and beneficial for your health!

How Healthy are Japanese Peanuts?

This is far from the perfect binge eating snack there is, despite its addictive crunch and relishing after taste. Let’s talk about japanese peanuts nutrition.

These peanuts contain loads of vitamins and niacin that is good for blood flow and brain health.

Each serving, equaling 28grams of the snack contains a cumulative of 140 calories.

In addition to that, you’ll find that the serving has 6 grams of fat and 15 grams of carbohydrates. While the sodium content is as low as 50mg, and there is no cholesterol at all, it is quite rich in iron but lacking in other minerals.

If you’re someone who is a cholesterol patient, you’re safe, but if you’re on your journey to lose weight, I wouldn’t recommend eating Japanese peanuts unless you hold within you a lot of self-control. It is hard to stop at just a handful!

Related: Take a look at Goya superfood from Okinawa to lower your blood sugar!

The trick is moderation. If you’re on a diet, and you need an evening snack, this might actually do you some good. Include this as a post workout snack for some protein but in limited quantities.

But if ultimately, your goal has been to lose weight, I would recommend picking something else. Something rich in fiber, that will work in a way as to not raise your blood sugar levels and make you feel fuller for a long period of time.

Japanese peanuts aren’t rich in fiber and have the tendency to make you crave for more. A good alternative is smoked soybeans that are not only full of protein but also fibre.

相关的。查阅 why Japan does watermelon better , if you’re wondering what’s so unique about them!

Health Conditions to Watch Out for

Needless to say, if you’re allergic to peanuts, Japanese peanuts are automatically a big no!

And if you’re not too sure, look for symptoms like a runny nose, a weird tingling sensation in the mouth and the throat, skin irregularities like irritation, itchiness, redness and swelling.

You can also experience a tightening of your throat resulting from shortness of breath. Just stay aware, stay wary, keep solutions close. One more thing to be mindful of is the amount of sodium you consume.

While one serving only has 50mg, far less than the regular amount of consumption per day, eating more than a few handfuls can take you on a ladder up the dangerous high blood pressure.

Today, you’ll find Japanese peanuts in too many varieties. They are not limited to the classic flavours of soy sauce. You’ll actually find the coating itself evolved from wheat flour or rice flour to those that have seaweed and ikan bilis.

Not only that, they are also sold in different shapes and textures to create the illusion of variety.

Taste wise, you can find exotic wasabi and umami flavours that taste rich if you throw some salsa valentina to bring out its Mexican origins!

In other parts of the world, Japanese peanuts also make it to the gourmet foods list because of its’ crisp crunchiness and delectable sweetness, with a hint of spice and savoury.

But then again, it is commonly found in Japanese food fairs as well – exotic flavour and local. Eating Japanese peanuts will make you wonder why the universe didn’t just make peanuts like this naturally.

Through a common consensus, I have declared myself as one that can speak for everyone ‒ I raise a petition to make Japanese peanuts the regular peanuts.

Related:Check out 日本人为什么吃生鱼 and the benefits of eating raw fish, here!

This is a pack of 6 packers that are sized in a way that is easy to carry around for either on the go snacking or to be packed in lunch boxes. The brightly coloured packing adds to the charm of the already yummy snack.

One of the best things about this is absolutely no cholesterol, in addition to the fibre, it consists of. The calorie intake per serving would be 140 grams, of which 60 come from fat.

The snack is surprisingly rich in iron as well. These Japanese peanut crackers are worth trying!

These are extremely popular all around the US because of its convenient packaging, cheap price and unmatched yumminess. These Manzela peanuts maintain high standards during production and are the result of only what’s best.

In fact, the brand is so big, they have production units all over Mexico. Keeping it there helps maintain the roots and the originality of the flavour that is in these Japanese peanuts.

Sometimes, these Japanese peanuts have excellent flavour when paired with tamarind chutney, salsa or even with a side of guacamole on toast. The flavours complement each other.

While these are available in multiple sizes and a large variety, this particular one in question is a bag of 900 grams of peanut filled goodness. This whole pack can be found for about 10 US Dollars. That is quite the steal!

These Japanese peanuts are somewhat different from the others in terms of taste, texture, and use. Taste-wise, the rice flour coating is made to spice, which goes perfectly well as a cocktail snack.

Are Japanese Peanuts Good For You: FAQs

Japanese style peanuts have a salty flavor. It also has some sweetness to it along with a punch of spicy hotness.

How long do Japanese peanuts last?

Crunchy Peanuts All the Way

Try these Japanese peanuts and thank me later. But don’t over eat them as you know excess of everything is bad! Cheers. 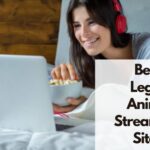 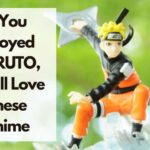