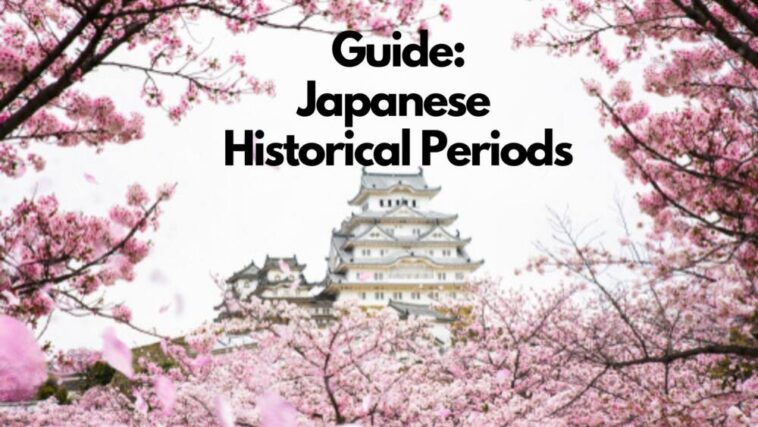 这里有一份清单 Japanese historical periods that can help you understand the cultures of modern Japan!

The beautiful country of Japan is one of the fastest developing countries in the world. Known for its rich history, amazing technology, and colourful culture, Japan has evolved over many centuries.

The first signs of human inhabitation in Japan can be traced back to around 30,000 BC. Archeologists found ancient relics like axes in Kyushu and Honshu and these were evidence of human life.

To understand the different historical periods that Japan went through, we have put together this list.

This period spanned from around 13,000 BC to 1,000 BC. At the beginning, Japan was home to mostly hunters, gatherers, and fishers.

In 1877, Edward S. Morse, an American scholar named this period as Jomon, meaning “cord-marked”. This was in reference to the pottery that the hunter-gatherers decorated with cords made of rope on wet clay. Jomon pottery has been accepted to be some of the oldest in East Asia and the world.

Some popular Shintoism creation myths suggest that the Japanese Imperial Family was founded during the Jomon period.

In most versions of Japanese history, the Yayoi period is seen overlapping the final years of the Jomon period. It is often called the Iron Age of Japan and spanned from around 900 BC to 300 AD).

Besides witnessing much agricultural development, there was quite a bit of weapon and tool import to Korea and China. There was also unembellished pottery found in a district of modern day Tokyo that dates back to this period.

During the analysis of Yayoi remains found in Southern Japan, many similarities were found with remains found in Jiangsu, China. This gave rise to the belief that the yayoi people immigrated from China.

The population of Japan began to rapidly increase during this time. The Yayoi tribes eventually came together to form a number of kingdoms.

Spanning from 250 AD to 538 AD, the Kofun period saw most of Japan coming together under a single kingdom. One of the most prominent aspects of this period was the burial mounds called kofun. Many were of enormous sizes and were used to bury Japan’s rulers.

Yamato in the Kinai region of central Japan was the center of the unified state. The rulers of the Yamato state were a hereditary line of emperors.

They extended their power all through Japan through military conquest but preferred to convince local authority to exchange power roles for influential posts in the government.

The Auska period began in 538 and lasted till around 710. Th eBuddhist religion was introduced by the Korean kingdom of Baekje and it was practiced along with the native Shinto religion.

The Buddhist Soga clan began controlling Japan from behind the scenes. Prince Shotoku is known to have played a big role in promoting Chinese ideas. He came up with the seventeen article constitution. This was a code of conduct for citizens and officials that was inspired by Confucianism.

In 645, the Soga clan were overthrown in a coup launched by Prince Naka no Ōe and Fujiwara no Kamatari, the founder of the Fujiwara clan. The aim of the reform  was to bring great centralization and to enhance the power of the imperial court.

After the Jinshin War, the reforms changed and created the ritsuryo state, which is a system of Chinese style centralized government. This stayed in place for around five hundred years.

Buddhism was a prominent theme for the art from this period.  One of the most famous works from this period is the Buddhist temple of Horyu-ji which was commissioned by Prince Shotoku.

In 710, the first permanent Japanese capital was established in Nara. It was during this period that the first two books produced in Japan appeared- Kojiki and Nihon Shoki. These books contained accounts of Japan and myths revolving around its creation.

Japan fell victim to many natural disasters during this period, including disease, drought, wildfires, and famines. The Japanese nation experienced a decline in population that continued into the next period.

There was a very serious attempt to overthrow the Imperial house. Monk Dokyo, with the help of Empress Shotoku, tried to establish his own dynasty but couldn’t after her death.

Spanning from 794 to 1185, the Heian period saw the capital being moved to modern Kyoto. A smallpox epidemic broke out in 812 and killed almost half of Japan’s population.

The Imperial court declined through this period. The Fujiwara family controlled the political scene over several centuries by intermarriages with the Imperial family.

The 12th century saw the rise of two aristocratic families to power. They were Minamoto (or Genji) and Taira (or Heike). After the Heiji Rising of 1159, Taira Kiyomori emerged as the leader of Japan. After the death of Kiyomori, the Taira and Minamoto clans fought the Gempei War for supremacy. Minamoto succeeded and established a new government in his home town.

During this period, literary accomplishments included the poetry collection Kokinshu and the Tosa Diary. There was a rise in the development of native Japanese art forms and poetry.

This period began in 1192 and saw the introduction of the Zen sect. Minamoto Yoritomo established the Kamakura government in Kamakura in 1992.

In 1221, the Jokyu War was instigated in an attempt to restore political power to the court. The samurai armies of the entire nation were mobilized in 1274 and 1281 to confront two full scale invasions by Kublai Khan of the Mongol Empire.

Around 1250, Japan saw a period of prosperity and population growth. Cities began to grow and commerce boomed. Buddhism which was then considered a religion for the elites, was now brought to the masses by prominent monks.

This period a gets its name from the Muromachi district of Heian-kyo. This was the residence of Yoshimitsu, the best performing Ashiaga Shogun.

Commerce continued to flourish during this period and there was much trade with China and Korea. Some of Japan’s most representative art forms developed. These included ink wash painting, ikebana flower arrangement, tea ceremony, Japanese gardening, bonsai, and Noh theatre.

Towards the end of this period, The Europeans arrived in the country. Francis Xavier and Catholicism reached the shores of Japan in 1559.

This period began in 1573 and went on till 1603. Three names that define this period are Oda Nobunaga, Toyotomi Hideyoshi, and Tokugawa Ieyasu.

Oda Nobunaga was a ruthless warlord who was known for his brilliant strategies. He is known for his string of victories in Japan’s bloodiest civil war. After his abrupt death by ritual suicide, there was apower vaccum created.

Popularly known as the son of a lowly foot soldier, Toyotomi Hideyoshi was a shrewd and resourceful person. He came to be known as medieval Japan’s most powerful warlord. His stronghold, Osaka Castle remains as one of the country’s symbols.

The most devious of the lot, Tokugawa was appointed the chief advisor of Hideyoshi’s young heir. He became the ultimate victor of this period after the Battle of Sekigahara.

This period saw the art of tea flourishing. Nobunaga and Hideyoshi were enthusiastic collectors of tea ceremony utensils.

Although the laws were harsh and brutal, the country enjoyed peace and saw economic growth. Japanese art forms like Kabuki flourished.

With the arrival of the Black Ships and American Commodore Matthew C. Perry, Japan realized how backwards they were when compared to the West.

Following the Boshin War, Emperor Meiji was restored to nominal supreme rule. Under his rule, Japan became a leading international power. Japan came to be known as one of the Great Powers of the world.

There was also a rise of State Shintoism. Here Shinti rites were used to endorse radical nationalism.

Named after Emperor Showa, the period is divided into three phases. These were the years before the war, the war itself, and the post war years.

This period lasted from 1926 to 1945. The Marco Polo Bridge incident at Wanping, China, caused the outbreak of the Second Sino Japanese War. While Japan was victorious numerous times, the United States imposed harsh sanctions and Japan formed an alliance with Germany and Italy.

Almost all Southeast Asian colonies of the European powers were conquered by 1942. But the victory was short lived. The Japanese military suffered many bloody defeats after the Battle of Midway. The bombing of Hiroshima and Nagasaki in 1945 led to Japan announcing an unconditional surrender.

After the end of the Allied Occupation, the Japanese economy ade a quick recovery. By the 80s, Japan became one of the richest nations in the world and was praised for its economic and technological developments.

After the death of Emperor Hirohito, Japan was in a struggle with a stagnant economy, rapidly aging population and strained relations with regional neighbours.

This period is marked by two devastating earthquakes. They are Kobe of 1995 and Tohoku of 2011.

One of the world’s most isolated and underdeveloped nations has now become one of the most powerful nations and a vacation destination for millions.

What is the oldest Japanese period?

The Jomon Period is the oldest Japanese period.

How many eras did Japan have? 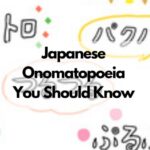 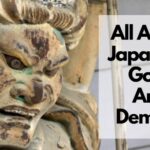