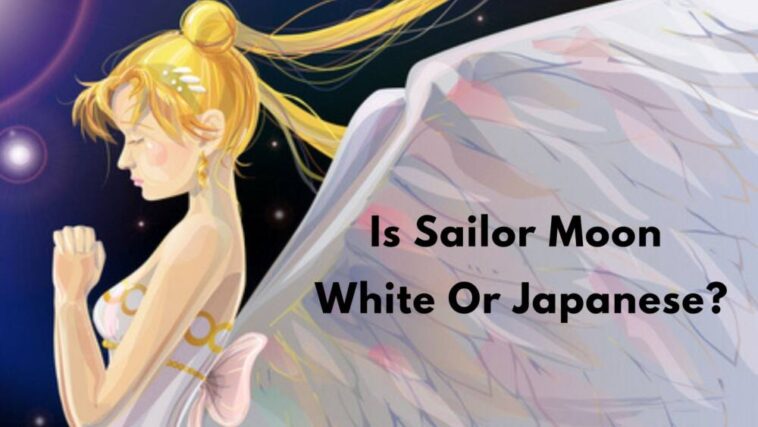 Ever wondered if the blue eyed, blonde haired Sailor Moon is Japanese or white? Well read on to find out!

Sailor Moon is Japan’s own wonder woman. Originally created as Bishōjo Senshi Sērā Mūn (美少女戦士セーラームーン), and adapted into different languages, we now have Sailor Moon as we know her.

But, is Sailor Moon Japanese or White? Now, that is a complex question that does not seem to have one straight answer. So I’m going to analyse all aspects of Sailor Moon so that we can come up with a convincing answer at the end of it all.

If you’re a huge Japanese manga fan, I’m sure you know Sailor Moon.

If you aren’t familiar with Sailor Moon, then go, read or watch it right away cos you’ve been missing out on some truly talented piece of work.

Sailor Moon has been acclaimed for its illustration, characterisation and humour over the years, and with the manga series having sold over 35 million copies worldwide, it has risen to the status of the “best-selling” shojo manga series.

The merchandise of Sailor Moon has also generated more than $13 billion across the world. Now that is some serious sales!

Sailor Moon in the USA:

For instance, in the Japanese version, Sailor Moon loved pork buns like any Japanese kid, but in the American version, she downed donuts by the dozen!

What is Sailor Moon?

Sailor Moon is a series about a middle school girl called Usagi Tsukino, from Juban in Tokyo.

Her parents and brother are introduced in the beginning. All of them have Japanese names.

She makes friends with a black cat named Luna who has magical powers and can talk. Luna gives Usagi a brooch that is magic, and this transforms Usagi into a soldier who can fight evil and save the earth. Thus, Usagi becomes Sailor Moon.

The series further goes into narrating how Luna and Sailor Moon form their team of soldiers who fight to save their princess and find the Silver Crystal. Each of the soldiers assumes names that are befitting to their powers and quality.

There are a total of five arcs in the series that begins with the formation of the team of soldiers and ends with a massive battle towards the end.

Sailor Moon also has a love interest, a fellow high school student who joins them as Tuxedo Mask.

Sailor Moon is an interesting, strong female lead character that is a favourite of many, across all age groups. Sailor Moon also happens to be one of my favourite manga characters and I’ve thoroughly enjoyed most of the books and series.

So far, it’s quite clear that Usagi and Sailor Moon are Japanese. But what started this world debate on whether Sailor Moon is Japanese or White?

Sailor Moon was born Japanese, with Japanese parents and a Japanese name. All her friends are Japanese too.

However, when the character was created, she has huge blue eyes and long blonde hair that is put up in ponytails. She wears a very cute sailor outfit too. This is where the confusion begins.

A couple of years ago, the #sailormoonredraw challenge was initiated by a Korean artist. He put up the original illustration of Sailor Moon and a snapshot of the anime character.

He asked artists from everywhere to send in how they pictured Sailor Moon to look or their versions of the character. That particular tweet has been re-tweeted and shared over 10,000 times!

It took the whole world by storm when many redrew or re-illustrated Sailor Moon with Japanese features. This trend was started by the artist, Silverjow, who himself is not Japanese.

The image was shared several times and it was a very beautiful illustration with Sailor Moon’s delicate facial features and Asian characteristics.

The idea behind his illustration is that Sailor Moon should look Japanese.

How did this go down with the Japanese?

Manga and anime has its origins in Japan, with a huge fan following amongst the Japanese people themselves.

According to research, it has been concluded that the Japanese automatically visualise or consider all characters originating in Japan to be Japanese, regardless of how they look or what their facial features are.

This might be surprising to the rest of the world, especially those in the West. When Sailor Moon was redrawn with Asian features, it seemed like most Western fans loved the idea and felt like they could relate the character to the stories.

However, this was not the case in Japan amongst her fans there. The Japanese did not really require or need Sailor Moon to look Japanese, because in their minds, she was Japanese by origin.

The controversy of it all:

We all know what’s happening in the world with race stereotypes and the urge to “make things normal”, to include “diversity” in everything. The same applied to Sailor Moon as well.

While the way Sailor Moon looked didn’t make a difference to the Japanese, the Westerners felt Sailor Moon should look a certain way since she was Japanese.

The “slanted eyes” and the “straight bobbed hair” is considered a Japanese stereotype and when SilverJow drew Sailor Moon with these features, he raised quite a few comments.

First of all, the Japanese felt they didn’t have to assert their race because the character originated in their own country. The idea that the rest of the world had to assert that she was Japanese is absurd, because everybody knows that Manga originates in Japan, regardless of how the characters are illustrated.

Secondly, the idea that the Japanese race has to be represented with straight, short black hair and slanted eyes is also not in good taste.

Take one walk through the streets of Tokyo or any other city or village in Japan and you will find a variety of sizes, shapes, hair colour, skin colour and facial features. It is simply not right to stereotype all Japanese that they look a certain way.

Some Japanese even got offended for the way the character was illustrated.

In a way, I think it’s a good thing that such a controversy began, because the world now understands that people of a particular minority race don’t really see themselves a certain way. In fact, it’s the ones outside of the minority who picture them that way.

Another interesting outcome of the controversy was that the Japanese don’t really draw their manga characters to look “white” (this was a question raised by many). They draw them to reflect the qualities the character possesses, but for a person on the outside who is tuned to look at race stereotypes, they end up looking “white”.

Having said this, another fact comes to the forefront. In a Japanese manga or series, when a non-Japanese character is created, there is a certain stereotypical element added to differentiate that character as being foreign.

It could either reflect in the way the character speaks, words that they use or even the way they look – facial features, colour and texture of the hair, skin and so on. So I guess, it goes both ways!

So, Is Sailor Moon Japanese or White?

After all this discussion, do we have a clear answer? Let’s see. Big blue eyes, innocence in the eyes, yet a grit in her stance. Long blond hair worn in two ponytails. Slim physique, dressed in a sailor outfit. She is a soldier who fights evil, rescues the princess and saves the world.

For argument’s sake, let’s assume Sailor Moon is not considered Japanese. So, is she Caucasian? Some could even argue that she could belong to a different race altogether.

The way Sailor Moon has been created, I believe the character can easily slip into any race or nationality. Since she originated in Japan, she is considered Japanese by the people of the country.

The fact that she is the fighter of all evil, for everybody in the world, implies that she can fight for the people of any country and for any race. Her neutral looks makes her the perfect soldier. She may not necessarily be white, but she will fight for them, with just the fight she puts up for the Japanese.

Another strong argument is that though the school girl character is Japanese, once she transforms into Sailor Moon, she is not Japanese.

She was sent by queen Serenity to earth to reincarnate, so she was originally a child of the moon kingdom, or a “Lunarian”.

She is therefore considered the princess of the Moon Kingdom and hence not Japanese. Eventually, she marries Tuxedo Mask (who is actually Kind Darrien, reincarnated in the present day Japan) and settles down with him as his queen. They have their own kingdom of loyal sailor scouts as their guardians and soldiers.

According to the manga and anime, Sailor moon’s origins are in Japan. And hence can be considered Japanese. However, her physical features do not look like a typical Japanese characters we see in other anime.

Why is Sailor Moon’s hair yellow?

Blonde hair is a very bright, eye catching color which is why the creator of Sailor Moon, Naoko Takeuchi, decided to keep Sailor Moons hair yellow or blonde throughout the series.

What is Sailor Moon’s real name?

Sailor Moon’s real name is Usagi Tsukino (月野 うさぎ). Sailor Moon’s name is also refered to as Serena Tsukino or Bunny Tsukino is English and other language versions. She is the protagonist and super-heroine in the series Sailor Moon 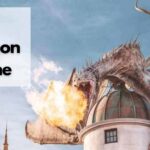 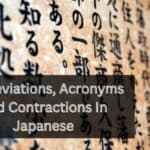