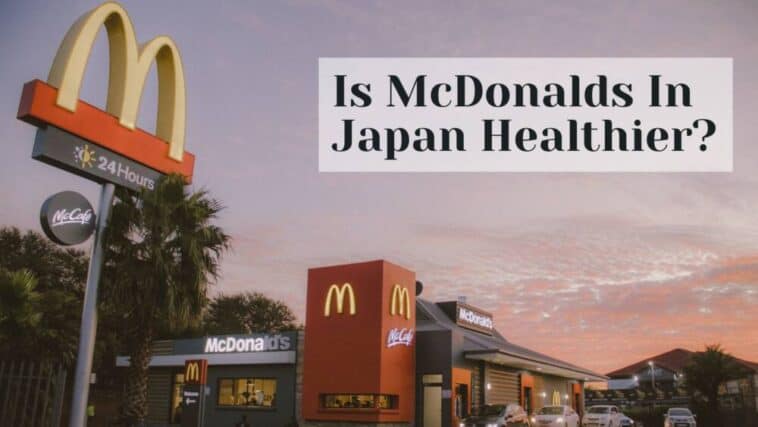 Every wondered is McDonald’s in Japan healthier since Japan is known for healthy food?

Japan is known for having one of the healthiest people in the world and it shows as they’re one of the world’s oldest populations with citizens reaching 100 years old or older.

Apart from their clean and eco-friendly surroundings, food is a major factor as well in why Japanese are healthier.

But, with the emergence of Western influence and their cuisine, a lot of famous fast food chains like McDonald’s have been very popular among the Japanese people because of their iconic taste, price, and most especially, convenience to accommodate the busy Japanese lifestyle.

In this article, we will see if McDonald’s is healthier in Japan or if it is just like all the other McDonald’s in the world. We’ll also talk about how McDonald’s and fast food, in general, are perceived by the Japanese public.

With the help of an online healthcare company, NiceRx, we were able to scan common McDonald’s menu items across 33 countries including Japan, and filter items with alarmingly high calorie or fat content to flag them as ‘unhealthy’.

Surprisingly enough, Japan leads the list in terms of caloric content for the Big Mac, medium fries, and chicken McNuggets combo at a whopping 989 calories. The next ones on the list are Canada and South Korea at third.

Canada tallied a total of 962 calories for the three-item combo while South Korea recorded a caloric count of 958, only 4 calories behind the former.

If you’re wondering how this happened and pointed fingers at the Big Mac, then you’re mistaken. It is all because of the medium order of french fries at 410 calories (the usual calorie count is 400) and a piece of chicken McNuggets at 54 calories each.

On the bright side, the study did not find irregularities in terms of saturated fat and the like when it comes to the McDonald’s Japan menu. This means that the data of the menu items is just similar to the world’s.

Also, this does not really mean that McDonald’s in Japan is significantly unhealthy compared to other McDonald’s found across the world. A tad bit more calories in certain meals do not directly indicate that it is automatically unhealthy.

The two extremes in the list are Turkey for having the most unhealthy McDonald’s menu due to saturated fat, and Israel with the healthiest menu items.

If you’re on a diet and counting your calories to the dot, then it might not be advisable to order McDonald’s from Japan compared to other countries. But, there are other menu items in McDonald’s Japan that you will not see anywhere else; we’ll discuss them later on in the article.

Japan is very critical of having a healthy lifestyle and a balanced diet. This is evident in school programs wherein food is one of the top priorities to make sure that the students are healthy and well-rounded in academics.

Japanese cuisine in general as well is generally healthy, especially traditional food. This is why some locals are not really a fan of McDonald’s and the like. Fast food is very popular among the youth but it is somewhat of a different story when it comes to the elderly.

Some of the locals believe that fast food goes against the very principle of the Japanese tradition of healthy living through a balanced diet and nutrition because we all know those fast food items have a lot more fat and other processed ingredients which makes them relatively unhealthy.

But on the flip side, some people are appreciative of McDonald’s and the like because it provides them convenience, given the insanely busy and fast-paced lifestyle that Japan has. You can literally order and get a quick sumptuous meal with no hassle and go on with your day.

From a wider perspective, the Japanese have mixed opinions towards the emergence of fast food in the country and we can just say that McDonald’s and other fast food chains have their own pros and cons depending on the people’s needs.

Everything you see on the McDonald’s USA menu is what you expect to see anywhere else in the world. This is common knowledge because it’s the place where McDonald’s originated and became world famous.

The menu is one of the key differences when comparing McDonald’s Japan to the USA. If you go to a typical McDonald’s branch in the US, you’ll see the household names like the Big Mac, fried chicken, french fries, and McNuggets.

On the other hand, international McDonald’s branches like in Japan, offer a taste of their own special cuisines fused into a Western fast food style. Some special McDonald’s menu items found in Japan are Ebi Filet-O, Teriyaki McBurger, and the Mega Mac.

Product sizing is a good factor to use for comparison as well. McDonald’s Japan drink sizes are relatively smaller than the ones found in McDonald’s USA and that’s per drink size (regular to large).

A large Coca-Cola in Japan is only 181 calories while in the US, it’s almost double at 310 calories. In other menu items, serving size is typically larger in McDonald’s USA menu compared to Japan’s.

Pricing could be a good indication to use for comparison as well but in a micro aspect, prices actually vary from place to place inside of Japan and USA. There’s no definite price on common menu items, but in general, it’s a little bit more expensive to dine in McDonald’s USA.

In terms of atmosphere, Americans see McDonald’s as a quick stop to grab food and ditch it as soon as the food is served and consumed. There’s nothing really special about fast food in general so there’s really no point in overstaying apart from eating food.

However, it’s different for Japan because people would often spend more time in McDonald’s to hang out and socialize or to do other stuff like studying apart from the usual eating. It doesn’t feel as much of a fast food place in Japan compared to the US.

As mentioned earlier, there are special menu items in McDonald’s Japan that you might not see anywhere else in the world. Here are a few that made a lot of Japanese people drool and crave for.

Given the healthy culture and tradition of Japan when it comes to food and diet, McDonald’s Japan created healthier alternatives to cater to more Japanese customers. They did it by incorporating it into their Happy Meals.

They did this to encourage more Japanese children to eat healthier even if they’re eating in a fast food chain like Mcdonald’s. There are a lot of health-conscious parents in Japan as well.

Basically, the customer can build a meal revolving around the Happy Meal toy of their choice. They can choose to eat a burger or fried chicken, but what makes it different this time is the additional choices of side dishes alongside their food.

Extra options like yogurt, green salad, edamame soybeans and corn, and more are offered as a substitute for fries and other unhealthy side dishes.

In addition, informative storybooks are also offered as an alternative to toys.

When it comes to healthy living, Japan is one of the first countries that you’ll think about given the environment and culture that they have which contributes to their amazing and strong well-being.

The entry of modern cuisine, specifically Western cuisine and fast food, tells a completely different story though because of the calories and fats that it has to make up for the convenience and cheap price.

We hope that this article has been helpful in determining whether McDonald’s in Japan is healthier compared to other countries. 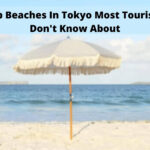 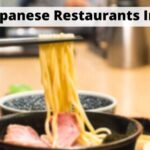