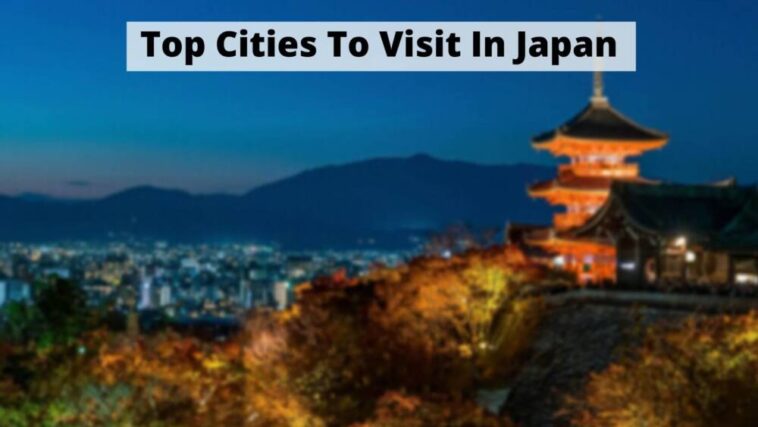 你是否在寻找 best Japanese city to visit? Well, here’s your guide to the best cities in Japan to visit, explore and have fun! These cities in Japan are worth visiting at least once in a lifetime. Read further to know more about it.

Japan is an island country in the northwest Pacific ocean and is one of the most beautiful places in East Asia. The country has a lot to offer like food, culture and definitely the city life experience. Japanese cities are similar to any other city but different in their own graceful way.

With a great number of skyscrapers, neon street lighting and the livewire crowd, Japanese cities find their ways in their rich cultural heritage, food, experiences, technology as well as pop culture.

You’ll find numerous temples, shrines, high-end restaurants, Izakaya, tech buildings and a lot more in different Japanese cities. Each city has its own way of culture, food and experiences which is literally the best part about visiting these Japanese places.

I have been in Japan for a good part of my life and I’ve never been tired of exploring these unique places to visit in Japan. I was taken aback while exploring these cities and experiencing so many different experiences that are a part of one entity.

The most famous city that’s known around the world is definitely, Tokyo which is the capital of the country. But there’s so much more to Japan that is yet to be explored by normal tourists. So, the next time you visit Japan, don’t just stop in Tokyo.

Here is the list of the best Japanese city to visit that you’d absolutely love!

Tokyo is definitely the best Japanese city to visit if you wanna experience a city full of skyscrapers, unique pop culture, historic remains, admirable fashion sense and definitely the most number of Japanese restaurants and Izakayas.

Tokyo is an expensive city but worth it as the lifestyle is quite different from other cities in the world. There are almost 40 million people living in the city making it one of the best cities in Japan to live in.

You can get the old styled vibes here when you go visit Izakayas. There are various Michelin star restaurants that you can try the best Japanese cuisine at. There are also a lot of shopping malls and streets where you can shop your heart out. Tokyo has my heart for what it is!

Kyoto was the capital of Japan before Tokyo and is definitely the best Japanese city to visit because of its rich cultural history. Kyoto is extremely modern yet has the most beautiful historic sites in Japan.

Kyoto doesn’t only have cultural sites but also is a hub for all the spiritual places. You’ll find over two thousand shrines and temples in this city. There are also many Zen gardens located in this area. One of the most amazing things to visit in Kyoto is the traditional teahouses.

Not only that, Kyoto has the most amazing cafes and bars. It’s definitely one of the most beautiful cities in Japan that I’ve visited!

Hiroshima is one of the most popular cities in Japan because of the infamous atomic bombing from World War II. You can visit the memorial and learn about the history. There are also old-styled gardens and castles to explore.

Hiroshima brought back a lot of memories when I visited the place as I had only heard stories from my grand dad earlier. You can also visit Miyajima, a neighbouring island that is very beautiful.

Hiroshima is the best Japanese city to visit if you’re interested in history and cultural heritages.

相关的。 Best Things To Do In Saitama, Japan

Osaka is the best Japanese city to visit if you’re a foodie. Osaka used to be the first capital of Japan and is the third largest city as well. The city is nicknamed as Tenka no Daidokoro which means nation’s kitchen.

In Osaka, you can try the authentic takoyaki as well as okonomiyaki which is nothing less than delicious. It has a population of 2.7 million people. Do visit Osaka aquarium which is one of the best sites in the city. It falls in one of the top 15 places to visit in Japan.

Osaka History Museum is also one of the top places to visit in the city which offers great learning about Osaka and it’s cultural significance. Osaka Castle has a mesmerizing view that’s located near the museum itself.

相关的。 15 Best Things To Do In Kochi, Japan

Kobe is the best Japanese city to visit that has both a hillside as well as water view. It’s located between Mount Rokko and the port of Kobe. Kobe has religious buildings of all the important religions in the area.

Kobe also has one of the most exciting nightlife in Japan with numerous cafes and bars to explore. It’s one of my favorite places as I’m a religious person who loves cafes and bars. The view of the city is another great thing about it.

Yokohama is also home to a huge foreign community and you can definitely find cuisines from around the world here. Yokohama is not crowded and is a very well maintained place. It’s the best Japanese city to visit and is also one of the American friendly places in Japan.

Sendai is one of the amazing places to visit if you like cultural festivals. The annual festival of Tanabata Matsuri is one of the main reasons why people visit this city in the month of July. You can also visit Sendai for it’s enormous castles and gardens.

Sendai is the largest city in the Tohoku region that will make you experience the badlands of the city. It’s culture is very significant and is one of the best places to settle in Japan. Sendai is located in Miyagi prefecture.

The 17th century historic remains in Sendai castle are worth visiting. Do visit Sendai if you’re interested in Samurai history as it’s perfect for that.

Sapporo is located on Hokkaido island and is one of the coolest cities in Japan to visit. It has laid back European style architecture. It’s extremely popular for skiing and the annual Sapporo Snow Festival that takes place in the month of February over a seven days time period.

Sapporo is also very famous for beer and has a lot of cool bars to explore. Sapporo Odari Park and TV tower are one of the main tourist attractions here. I loved this city as it’s well planned, has a great nightlife and amazing shopping malls for shopaholics.

Which is the best Japanese city to visit?

I’ve visited many Japanese cities but the best Japanese city to visit is Osaka because of its cultural heritage, food as well as the city view.

Osaka is known to be a foodie’s town. Osaka used to be the first capital of Japan and is the third largest city as well. The city is nicknamed as Tenka no Daidokoro which means nation’s kitchen. In Osaka, you can try the authentic takoyaki as well as okonomiyaki. Do visit Osaka aquarium as well as Osaka History Museum which offers great learning about Osaka and it’s cultural significance. Osaka Castle has a mesmerising view that’s located near the museum itself.

What is the most visited city in Japan?

The most visited city in Japan is definitely Tokyo as it’s the capital of the country. Tokyo also has popular destinations to explore. You can also visit Ginza, Shibuya, Shinjuku which are the most famous districts in Tokyo.

What is the coolest city in Japan?

Sapporo is a laid back city that has European styled architecture. Kamakura is another cool city with a modern metropolis and has an old charm.

The above listed Japanese cities to visit are the best of Japan’s tourism and a must visit for different reasons. You should definitely put them in your list if you’re looking for a worthy tour of Japan. 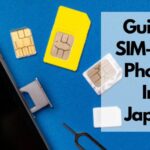