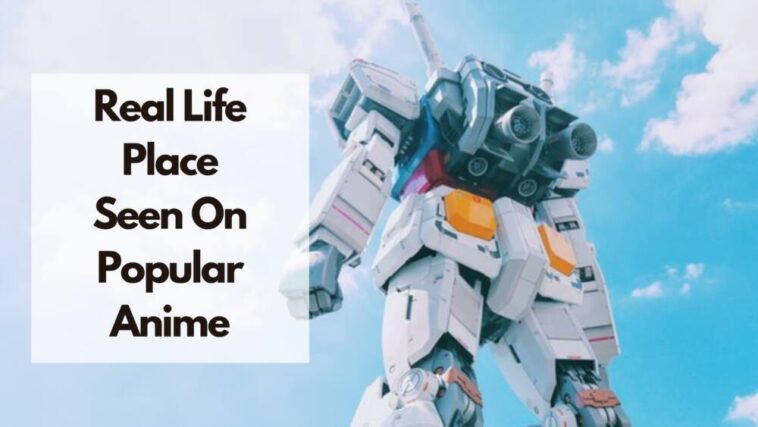 If you’re an anime Otaku, you have to visit these famous anime places. 这里有一份清单 anime inspired by real life places in Japan!

There are several anime that have featured places that have an amazing setting and are aesthetically pleasing to watch. Not every place portrayed in anime is based on real-life places. Most of the places are just a fantasy or are designed to look a bit distinct from the inspired place.

However, there are anime that have featured real-life places in Japan and are also inspired by such places. You wouldn’t believe how identical the anime setting and the place in real life look.

If you’re traveling to Japan for your anime pilgrimage and want to visit the spot that is featured in your favorite anime then make sure to check out the list of anime inspired by real-life places right below.

List of Anime Inspired By Real Life Places in Japan

Your Name is a romantic and fantasy anime film directed by one of the renowned anime directors in Japan, Makoto Shinkai. It was released in 2016 and is the third highest-grossing anime movie of all time.

The storyline of Your Name focuses on a teenage girl named Mitsuha Miyamizu and a teenage boy named Taki Tachibana. Mitsuha is a high school student who lives in a rural area called Itomori. However, it has been Mitsuha’s wish to be a boy who lives in Tokyo in her next life.

Out of the blue Mitsuha and Taki switch their bodies despite not knowing each other. This causes great confusion between them but they try to work up on how to solve this predicament. Mitsuha starts to live as Taki and Taki as Mitsuha and they both find a way to communicate with each other through notes, phones, and writing messages on their body.

However, things take a turn when an asteroid passes Earth that causes Taki to get back to his body. When he tries to communicate with Mitsuha he’s unable to do so and hence travels to Itomori in search of her. Unfortunately, he learns that Mitsuha has died due to the asteroid hitting her town.

The most memorable and loved spot for Taki, Mitsuha, and anime lovers is the red handrail staircase in Suga Shrine. It was also used as a poster for the Your Name movie poster.

Just upon visiting this shrine, you’ll recognize the staircase from the movie.

He’s known as a mad scientist in this anime who owns ‘The Future Gadget Laboratory’ which has several futuristic gadgets. Okabe works with his friends Itaru Hashida and Mayuri Shina in running the lab.

When Okabe attends a time travel conference he comes across the corpse of a neuroscience researcher and sends a text to his friend Itaru about it but he finds it eerie as the researcher is still alive after sending the message. They later learn that a cell phone-like device they’re working on has the ability to send messages back in time.

As stated this anime takes place in the city of Akihabara which is a city known as the anime capital. Every corner in Akihabara is a place that features anime goods and has an otaku vibe to it.

Akihabara has several buildings that are featured in Steins Gate anime namely the Radio Kaikan Building. In fact, it’s indeed Steins Gate that drew so many tourists to Akihabara and it’s definitely a place every anime enthusiast must visit.

Princess Mononoke or Mononoke Hime is a historical fantasy film that was directed by Hayao Miyazaki who’s another popular anime director. The storyline of this anime film focuses on a never-ending war between forest gods and humans.

The anime begins by introducing a village being attacked by a demon. The demon was killed by the prince of the village, Ashitaka but the demon curses him before it dies. To find a cure for the curse Ashitaka is forced to travel to the land where the demon came from.

Eventually, Ashitaka realizes that the demon he killed was a boar god from the forest. He meets a monk who guides him to the Great Forest Spirit which is a deer god.

In the forest, he meets herders who wage war against a wolf pack that’s led by the wolf goddess Moro and a human girl called San. Ashitaka ends up being caught up between the two groups as he tries to put an end to their war.

Apart from the unique storyline, the one thing that has attracted many anime fans is the very setting of the forest depicted in the anime. It was inspired by a real-life place in Japan called Yakushima National Park which is situated on Yakushima Island in Japan.

This is a historical place that must be visited and it is filled with greenery that is quite soothing to watch. You’ll also find the oldest cedar tree in Japan in this park. In addition, Yakushima is also a UNESCO World Heritage Site, and that alone tells you this is a place that’s worth visiting.

Mobile Suit Gundam is the anime series everyone was fascinated with way before Transformers came to the picture. It’s an anime that features sci-fi elements and mecha battles. The storyline of this anime focuses on a fictional universe called Zeon. In this universe reside humanoid mecha forces mobile suits. The mechas of Zeon have waged war against humans and nearly destroyed half of humanity.

The most famous and favorite character in Mobile Suit Gundam is the RX – 78 Gundam robot that fights back the Zeon forces.

It’s a very entertaining anime that features great mecha battles and intense action scenes. If you want to experience the heroic and robotic experience of the Gundam then there’s exactly a place you should visit.

It’s the Gundam Statue in Odaiba in Tokyo. Odaiba city is has a very futuristic aspect to it and that’s where the gigantic Gundam is standing right now. However, unlike other anime on the list, this anime wasn’t directly inspired by the place. The popularity of Mobile Suit Gundam is the reason why there’s a huge mecha in place.

It’s best to watch the Gundam Unicorn Statue at night as that’s when the Gundam flashes its lights and lets off steam and it’s quite realistic.

This is an amazing anime series that portrays the love a young man has for cooking. The protagonist of this anime is Soma Yukihira who dreams to become a chef and work at his father’s restaurant.

But Soma’s father Joichiro is forced to travel abroad as he finds a new job and plans to enroll Soma in a culinary school.

The culinary school isn’t an ordinary one, it’s a school where students partake in cooking competitions called Shokugeki.

Soma makes his way into culinary school and meets several friends and talented chefs who make his time quite enjoyable. He also participates in shokugeki competitions where he has to cook delicious meals in an intense showdown. The institute also assigns students to join and work in regular restaurants.

The station is featured exactly as it looks in real life. This is one of the easiest places to visit in Japan as it’s a train station. There are several cool places you could visit in the Shinagawa Station such as a restaurant, coffee shop, and mini-malls, etc.

Hyouka is the ideal anime for teenagers who are seeking to solve mysteries. The protagonist of this anime series is a boy named Hotaro Oreki. He’s a high school student who literally has no energy to work on anything and is extremely lazy.

His sister compels him to join the Classic Lit Club in his school to ensure the club doesn’t collapse.

In the club, he meets other high school students such as Eru, Fukube, and Ibara. They find themselves being caught up in a string of mysterious events and they work together to solve them.

The high school portrayed in this anime is a real-life high school that’s operating in the Gifu Prefecture in Japan. Its actual name is Hida Senior High School and it’s surrounded by beautiful cherry blossom trees as shown in the anime.

It’s a rural area that has a quiet and peaceful vibe. There are other interesting places fans can visit in this area such as Yayoihashi Bridge and Hiejinja Shrine.

What anime takes place in Japan?

There are several anime that takes place in Japan and are inspired by real-life places such as Your Name, Steins Gate, Princess Mononoke, Mobile Suit Gundam. Food Wars and Hyouka.

Are places in anime real?

Although most anime features fictional places there are some anime that feature real-life places in Japan. Some of those anime are Your Name which features the iconic red staircase, Steins Gate features the Radio Kaikan building in Akihabara and the Yakushima National Park is portrayed in Princess Mononoke.

Is Itomori based on a real place?

Itomori is the hometown of Mitsuha Miyamizu in the anime Your Name that’s situated in the Gifu Prefecture. Itomori is a fictional town although it’s portrayed as an authentic place in the anime. However, there are certain areas in Gifu that look quite similar to Itomori and are taken as inspiration such as the mountainous landscapes. 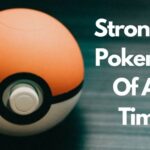 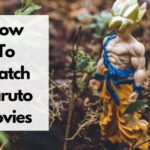