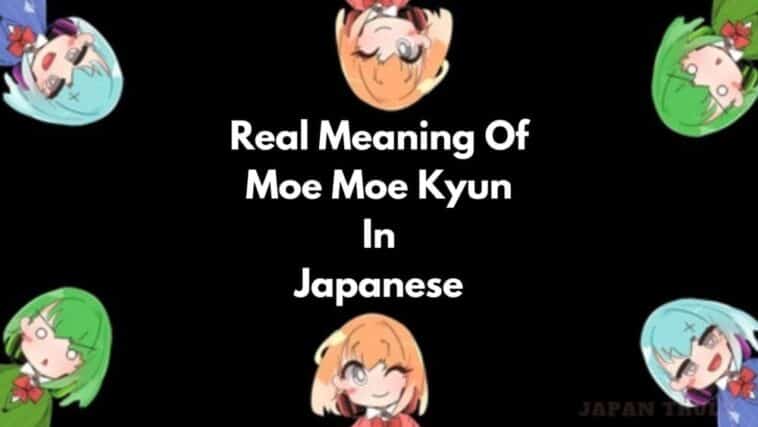 No idea what Moe Moe Kyun means? Here’s a detailed breakdown of meaning of Moe Moe Kyun in Japanese. Check it out!

You might have come across the term “Moe Moe” or “Moe Moe Kyun” in anime. Many anime viewers learn interesting and catchy Japanese words and phrases by watching anime or reading manga.

However, most English speakers don’t understand the words initially and they turn to us to learn the meanings of such words.

And that’s what we’re here for as well, to let you know the meaning and origin of Moe Moe Kyun, how the phrase became popular in Japan and globally, and how significant Moe Moe Kyun is in the Japanese entertainment industry and the nation as a whole.

So what are we waiting for, hop on and read along to find out more about Moe Moe Kyun!

What Is The Meaning Of Moe?

The first word of the Japanese phrase ‘Moe Moe Kyun’ is ‘Moe’, therefore let’s start off by learning the meaning of Moe initially. Moe is a word of Japanese origin that’s written in kanji letters as 萌え.

The English translation of Moe is most likely a word that’s used to compliment a woman who looks adorable and cute.

Another possible translation of Moe can also be a word that represents the growth of a person, complimenting how they look in their young appearance.

In the anime fandom, the word Moe is used to compliment a female anime character who looks cute and adorable. If you’re familiar with Japanese culture you know that the Japanese people love everything “Kawaii”, which is another word for cute in Japanese.

In some instances, the word Moe is also used to describe a person’s feelings and emotions especially when it comes to love, excitement, infatuation, crush, and sometimes even sexual desires.

However, many otakus believe that Moe is just an innocent word that depicts the cuteness of a person, thing, or feeling.

What Is The Meaning Of Moe Moe Kyun?

We just learned the meaning of Moe which basically is a Japanese word to describe someone or something that is cute. Now it’s time we figure out the meaning of the word “Kyun”.

Kyun is a Japanese onomatopoeia that’s used to refer to the feeling of choking up on something but in the case of Moe Moe Kyun, this means the sudden feeling of emotions choking up.

This probably sounds confusing but if we put it into simple words you’ll understand how Moe Moe Kyun is an emotion most of us have experienced.

Ever had a crush on someone that whenever you see them you get an instant surge of emotions rising up which makes your throat choke and your heart feel heavy? Yes, that’s just what Moe Moe Kyun means.

While Moe refers to the cute person you’re admiring, Kyun is the sudden feeling you get when admiring them.

Furthermore, Moe Moe Kyun is also a term that’s used as a magical spell in maid cafes in Japan. The waitresses at the cafes usually serve the food to their customers and utter the words “Moe Moe Kyun” like casting a magical spell on the food.

This is done as a pretense action to make people believe that the spell causes the food to taste delicious.

The Origin Of Moe Moe Kyun

It’s evident that the phrase Moe Moe Kyun initially made its presence in anime and that is a comedic anime named K-On. The storyline of K-On revolves around four high school girls who work together to restart their high school musical band.

In episode 4 of K-On, the phrase “Moe Moe Kyun” was uttered by one of the characters dressed as a waitress serving in a maid cafe.

The anime character looked absolutely stunning and cute in the waitress outfit that otakus began obsessing over the character and the phrase Moe Moe Kyun as well.

As a result, Moe Moe Kyun became a popular meme among the otakus and also a frequently used expression whenever someone wanted to portray themselves in an adorable manner.

Of course, the popularity of the Moe Moe Kyun expression was used by businesses as a tool to become more profitable.

Thus began the emergence of maid cafes that predominantly feature female waitresses dressed similarly to maids in the Victorian era except the outfits dressed by the waitresses in the maid cafes are much shorter.

Although many people aren’t aware of how the phrase Moe Moe Kyun originated, the phrase itself is quite familiar among the otakus and is also generally used as an expression to sound or look adorable.

Is Moe An Anime Genre?

Certain characters in anime can be called Moe due to their appearance, demeanor, or attire. In fact, there are some anime series or films that only feature Moe female characters.

In addition, there’s no separate genre for Moe anime, and Moe anime characters can appear in any anime genre.

However, there are quite a number of anime that feature characters who not just look cute but also act cute as well. So if you’re into Moe characters there are some best anime series that portray these characters in an intriguing aspect.

Check out our list of anime with Moe characters below.

Anime Characters That Can Be Categorized As Moe

Let’s look at what makes an anime character a Moe.

Female anime characters who are made to look cute are also those who have a naive attitude. They’re generally soft-spoken, alarmed by intense situations, and they don’t like to be in the way of any heated argument or fight. They also tend to make mistakes which make them look cute as well.

Over the past few decades, the Kawaii culture has reached the depths of Japan and it’s deemed crucial even when it comes to the development of a new business.

Every prefecture in Japan has its official mascot which helps these prefectures to draw in more tourists, in fact, most businesses use this as a tool to ensure the customers remain loyal to the brand.

Similarly, we’ve seen how some cafes in Japan use the concept of Moe Moe Kyun where waitresses dress in cute outfits to serve customers.

There’s a separate fan base for these maid cafes and they’re frequently very crowded with customers who eagerly want to experience the magical words uttered by the waitresses.

What does Kyun mean?

Kyun is a Japanese word that means choking up in English. The word Kyun is generally used in the context of love or excitement which causes a person to have a sudden wave of emotions in them that makes their heart beat faster and their throat tighten which feels like choking up. The powerful emotions of seeing a loved one or moving away from them make a person experience such emotions and that’s what Kyun is.

Moe is a Japanese word that’s used to compliment someone’s appearance, especially that of a woman who looks young and cute. In Japanese, the word moe can have several meanings like sprouting, growing, etc. These words act as a sign to indicate that the appearance of a young person or child is cute while they’re growing.

What makes a character a moe?

The characteristics that make an anime character moe or cute are their emotive features such as large round eyes, small lips, messy hair, and a defined face. The shy and naive personalities also make a character adorable since they tend to be soft-spoken. In addition, characters who’re moe also wear short and cute outfits like school girl uniforms, nurse outfits, etc. 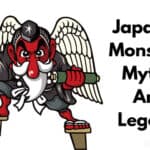