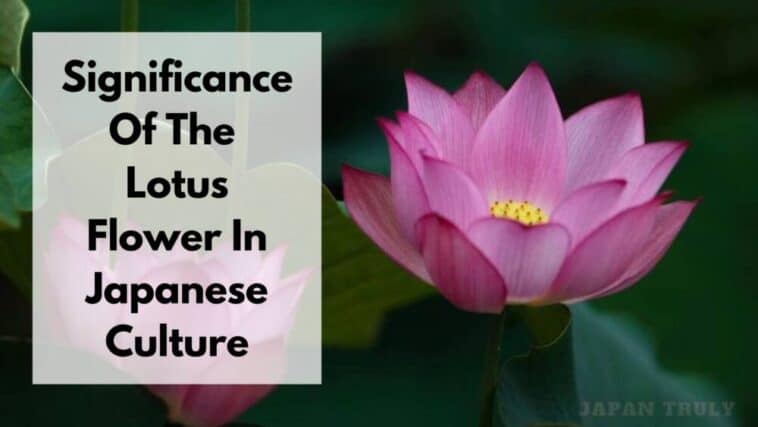 Do you know what the lotus represents in Japan? Here’s everything you need to know about the meaning of lotus flower in Japan and its significance.

Japanese flowers have always played a significant role in many tea ceremonies, holiday celebrations, every form of art, memorial services, in paintings, literature and fashion.

The Lotus Flower (Hasu) is a vibrant and special aquatic flower in many Asian countries like India, Egypt and Japan. There is no doubt that it is one of the most beautiful flowers that you will ever find that brings a sense of positivity and calmness in the atmosphere.

What is fascinating about this flower is that it grows on murky water and floats on the surface, at night the petals close and dives underwater and before dawn it rises and resurfaces to the surface and opens its petals again.

It can be found in a number of ponds near shrines and temples in Japan especially during the summer.

Significance and Meaning of Lotus Flower in Japan

ǞǞǞ lotus flower is associated with purity, transformation, renewal and enlightenment, in many Eastern cultures and religions.

The lotus flower has sacred spiritual meaning in Buddhist traditions because it is believed to represent the spiritual awakening and promise of the Buddha’s mercy.

So, the flower symbolizes purity of body and mind, spiritual growth and divided birth that usually blooms in muddy water. The lotus flower also  represents beauty, purity, grace, perfection and elegance. It can also be seen in novels, manga and anime too.

In Japan, the flowers  generally bloom from mid-June to mid-August but it can differ from region to region. There is a special meaning behind the lotus flower.

It is often associated with resurrection, rebirth and spiritual enlightenment. Unlike any other flower, the lotus has a life cycle because its roots are trapped in mud.

So, the flower spends the night submerged in murky  water and blooms the next morning just as radiant and sparkling as it was first introduced.

The scientific name for lotus is Nelumbo Nucifera which belongs to the family Nelumbonaceae. It is often cultivated in water gardens and considered the national flower of both Vietnam and India.

But, the lotus is a very symbolic flower in Buddhism. We can often see images of Buddha and Bodhisattva being seated on lotus flowers which not only seems to be a comfortable seat but also a key role in meditation.

The oldest known lotus germination is from over 1,300 year old seeds. These have been recovered from a dry lakebed in Northeastern China and have been viable for many years.

The pink lotus flower is considered the true lotus and primary color of the flower which is central to Buddhism. It is said that it got its name because one looks like a lotus when one is seated in that way.

The flower holds an important place in Buddhism because of its role in rising from the muddy  water and blooming into something extraordinary.

For Buddhists, that means the act of rising above and moving forward in the light of wisdom despite the hurdles and challenges.

In Japan, the lotus is a significant flower with Kanrensetsu being the lotus viewing season. What is even more fascinating is the fact that special boats are available during the season to allow visitors to witness this spectacular flower in lakes and ponds.

Types of Lotus Flowers And Meanings in Japanese Culture

Lotus flowers are available in six colors, each with their own meaning and spiritual interpretations:

These are charming blooms often associated with Buddhism as they portray Buddha’s earthly symbol. While a fully bloomed lotus means enlightenment, a closed bud is used to depict  passing through the spiritual path.

These delicate and luscious blooms signify selfless love, sympathy and compassion. At the same they represent passion, heart and  generosity.

These are not only the popular flowers but also have gained the name-Womb of the World.

This color lotus  has been compared to the cycle of life as many believe you can actually hear the sound of the flowers crack as they bloom. They signify beauty, fertility, wealth, grace, purity of mind, faith, knowledge.

These symbolize knowledge, wisdom and worldly aspirations and are very captivating. They are difficult to find and represent victory of the spirit over material senses.

Another rare gem is the purple lotus flower associated with Buddhism. They signify self-awakening, balance and harmony between different parts of ourselves.

These bright blooms represent hospitality and openness and in religion they represent joy and intellectual curiosity within spiritualism.

The lotus is more than a beautiful and attractive flower. Its symbolic meanings and many uses give us a whole new perspective to appreciate its true essence and love it even more. The lotus flower has multiple uses.

Did you know that the dried seeds which resemble the spout of a watering can, are transformed into decorative and attractive plants for long-lasting floral arrangements. Everything from the roots to the leaves to petals, all can be used.

The lotus petals are used as a garnish, while the root is a common ingredient used in making braised and stir fried dishes, pickles and soups.

The stems are used in salads and the leaves are used for wrapping food.Lotus seeds  or nuts  can also be eaten raw or dried,  roasted, then popped like popcorn.

It can also be boiled to make a paste in making pastries such as daifuku, rice flour pudding and mooncake.

It also has incredible health benefits too. Lotus syrup is a remedy for women suffering from dehydration and hemorrhoids.

Roasting the stamens will cure diarrhea. The honey of the lotus has a lot of medical properties including helping in eye diseases. Applying a mixture of lotus leaves along with gooseberries is a great remedy for headaches.

Where to See Lotus Flowers in Japan?

You will find lotus flowers in Japan at Shinobazu Pond in Ueno in Tokyo, Hokongoin Temple in Kyoto, Senshu Park in Akita, and The Lotus Root Fields in Tsuchiura in Ibaraki.

The Shinobazu Pond is one  excellent location if you wish to take photos of the blooms surrounding the Bentendo Hall. The best time to view them is from mid July to mid August where you will find varieties of lotus flowers blooming, especially a unique variety called the Shinobazuike Madara Lotus.

The park is visited by many passionate photographers who wish to capture the lotus blooms in their photos.

This is also known as the Lotus temple famous for its magnificent lotus flowers during the summer. It is also ranked in the top 20 temples to witness  flowering plants in Western Japan. You can admire the large lotus pond and even marvel at the potted varieties of lotus flowers all over the picturesque temple.

Senshu Park was built on the grounds of the garden of Kubota Castle,which has a pond filled with these vibrant pink blossoms that attract visitors from all over to get a glimpse of this beautiful variety of lotus blooms.

Tsuchiura City has one of the biggest lotus root production areas in Japan. These impressive pink blooms grace the fields of Lake Kasumigaura creating a splendid contrast of lush greenery on top of water. Another location nearby where you can enjoy different gorgeous lotus flowers is the Kasumigaura Park, known for its iconic windmill.

What other flowers are significant in Japanese culture?

The cherry blossom or sakura is one of Japan’s most popular flowers and even has a big festival to celebrate its arrival in spring called Hanami. To name a few others-Chrysanthemum or Kiku, red Camellia or tsubaki, lily or yuri, peony or botan, iris or hanashobu,and Japanese primrose or sakurasō.

Why is the Lotus flower so scared?

The lotus’s petals open up to reveal the soul has expanded is considered not only a symbol of purity and liberation, but also a symbol of  spiritual purification and liberation since it emerges from murky water with clean petals. Even in hinduism, many deities are seen sitting on lotus flowers in iconography.

On what occasions can you give someone this flower?

They have become a popular choice in floral arrangements for a number of occasions. You can gift lotus cut flowers to anyone on different occasions like birthdays, anniversaries, new job, graduation, new home, get well soon, thank you and so on.

The beauty of a lotus flower goes above and beyond just its aesthetics. Though it is short-lived, these flowers  are highly valued and considered sacred in many religions and cultures along with different meanings.

With its enchanting bloom that comes in red, pink, white, yellow, purple and blue, these flowers are very captivating and eye-catching. If you wish to grow it at home, it is possible with the right conditions and proper care.

So, you can be sure that this flower will shower you with its undeniably charming blooms. Japan’s love and appreciation for lotus has a long history so don’t forget to take the time to admire them at ponds and temple grounds. 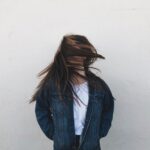 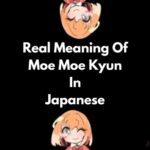