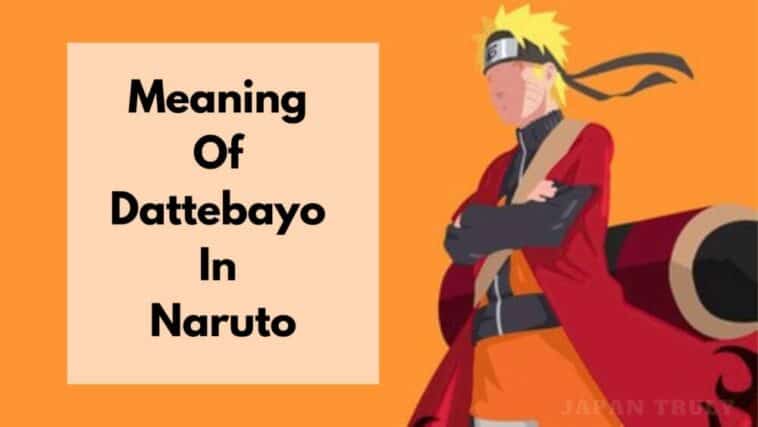 Want to know the meaning of Dattebayo in Naruto? Well, check out our article below to know more about Naruto’s iconic catchphrase.

Any anime geeks probably started off their journey into the anime fandom by watching Naruto. It’s one of the all-time favorite anime series for the otakus and we can’t get over the ending of the anime series.

Looking back at some of the key scenes and moments in Naruto we can’t help but get to know more of them.

And one such moment we can never forget is Naruto saying “Dattebayo”. It’s one of the favorite lines for most Naruto fans that even now people are still looking to know its meaning.

If you’re one of them who wants to know what Dattebayo means, then you’re in the right place.

We’ve discussed the meaning of Dattebayo and everything you need to know below!

Meaning of Dattebayo In Naruto

But what does Dattebayo actually mean? This is one of the frequently asked questions by Naruto fans because not many people know the actual and literal meaning of the phrase. And that’s what we’re here to sort out.

What Is The Meaning Of Dattebayo In Naruto?

If you’ve watched the Naruto anime series you would have noticed that Naruto generally uses the phrase Dattebayo right after he finishes his sentences. When watching Naruto in the English dub, you’ll see that the term Dattebayo is translated to “believe it”.

However, after a while the translation of Dattebayo was altered to “You know” or “ya know”.

Due to the phrase Dattebayo having no final meaning, the usage of the word Dattebayo was omitted as the English audience was confused with the several meanings the phrase had.

In addition, fans were keen enough to notice that Dattebayo wasn’t a phrase exclusive to Naruto as Naruto’s mother Kushina and his son Boruto also used similar words like “Dattebane” and “Dattebasa”, respectively.

What’s even more surprising is that both the phrases Dattebane 和 Dattebasa were translated to “ya know” in the English language.

So how come all the three words, Dattebayo, Dattebane, and Dattebasa have the same meaning? We’ll find that out by simply breaking down the meaning of Dattebayo.

Breaking Down The Phrase Dattebayo in Naruto

Okay, we just said that Dattebayo means “you know” or “Believe It” but to find out the actual meaning of the word, it’s best we break down the word Dattebayo into different parts.

We’re doing this because Dattebayo is a word of Japanese origin and Japanese words are written in kanji, katakana, or hiragana letters. These letters are ideograms which means that each Japanese letter has a meaning which is subject to change depending on the context it’s used in.

Hence they can be intricate to analyze and find the meaning without breaking them down.

Therefore, let’s divide the word Dattebayo into different sections to find out the conclusive meaning of the word.

Dattebayo is written in katakana characters as だってばよ. The first katakana letter is (だ) which is pronounced as “Da” and this could simply mean “It is” in English.

This letter is generally used at the end of sentences in Japanese. However, as a solo letter, it doesn’t mean much but when accompanied by the rest of the letters, it makes a huge difference in the phrase.

The middle katakana letters (って) "tte” are the most important letters in the phrase. The letters (って) “tte” alone doesn’t have a meaning but when paired with “Datte" (だって) or “Ttebayo" (ってばよ), the phrase can have two or more meanings.

Thus we can come to an understanding of why the English translators of the Naruto anime series used “you know” as a translation word to “Dattebayo”.

Since “Ttebayo” means you know and “Da” is a suffix that refers to a statement that has been made, we can indisputably rule out that “Dattebayo” literally means “you know”.

Does Dattebayo Have Other Translations?

We mentioned above that the initial English translation phrase for Dattebayo was “Believe it”. However, the translation was later altered to “ya know” in the English dubbed and subtitled Naruto anime series.

In addition, when you look up the English translation for the word Dattebayo, the translation is still “Believe It”.

Although the final and frequently used translation for Dattebayo is ‘ya know’ there’s a high likely probability that even ‘Believe It’ can be Dattebayo’s conclusive meaning.

This is because the letters “ttebayo" (ってばよ) in Dattebayo expresses how the speaker declares something that they have already said or to convince others of what they just stated.

For instance, when you’re positive about something you can say “Yes” or “Of Course”. Either way, the meaning of both phrases remains the same.

Similarly, Dattebayo which is Naruto’s frequently used catchphrase can also have different translations but still have the same meaning.

Why Does Naruto Use Dattebayo?

In the Naruto anime series, we’ve seen how Naruto constantly says Dattebayo every time he says something significant.

By now we’ve come to an understanding as to what Dattebayo means and be it “believe it” or “ya know”, we just know that Dattebayo is Naruto’s catch phrase which he likes to use all the time.

But why does Naruto use a catchphrase? Well, of course for him to sound more confident and promising whenever he speaks.

When looking at Naruto’s rough past when he was scorned for being the host of the Nine-Tails we can agree that he always wanted the villagers to look up to him as a trustworthy and responsible person.

For that Naruto trained intensely and became one of the greatest defenders of the Konoha village. Whenever Naruto makes a statement he ends it with Dattebayo to let people know that he knows what he’s doing.

Besides, the usage of catchphrases and verbal tics is a hereditary practice in Naruto’s family. Even Naruto’s mom, Kushina used Dattebane as a catchphrase while Naruto’s son uses Dattebasa.

Furthermore, anime producers also wanted Naruto to stand out from the rest of the characters. When Naruto uses a catchy phrase that no character in the anime series uses, the viewers would feel more connected to him and would replicate Naruto’s style of saying Dattebayo.

And they weren’t wrong because literally every Naruto fan still remembers Naruto’s catchphrase.

Is Dattebayo Used In Japan?

To begin with, Dattebayo isn’t even a phrase that’s regularly used in Japan.

It’s an informal word that seems almost childish to use that phrase in public. However, among otakus, Dattebayo is a common word and unless someone is cosplaying Naruto, you would rarely hear the phrase Dattebayo being used in Japan.

It’s also advisable to not use Dattebayo with strangers in Japan because you would get weird looks thrown at you.

Meaning of Dattebayo In Naruto: FAQs

Why does Naruto say Dattebayo so much?

Naruto uses the word Dattebayo regularly because it is his catchphrase. Dattebayo means “Believe It” or “You Know” in English and Naruto generally finishes his sentences with Dattebayo. He does this regularly to show how confident he is in what he’s saying. Furthermore, Dattebayo is also a verbal tic made by Naruto since his family has a history of using verbal tics similar to Dattebayo like Dattebasa and Dattebane.

Dattebayo is a common catchphrase used by Naruto in the anime series. Although Dattebayo in Japanese can be translated to “Believe It” in English, the word isn’t an official word. It’s more of a slang word that doesn’t have a definite meaning hence the word isn’t frequently used by Japanese people.

What is Naruto’s favorite word?

Naruto’s favorite word or the word Naruto regularly uses is “Dattebayo” which means “Believe It” in English. Naruto uses Dattebayo whenever he finishes a sentence like it’s a verbal tic. Even Naruto’s mother, Kushina, and his son Boruto use similar verbal tics like Dattebase and Dattebane. 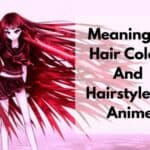 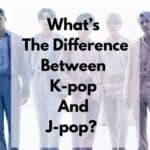