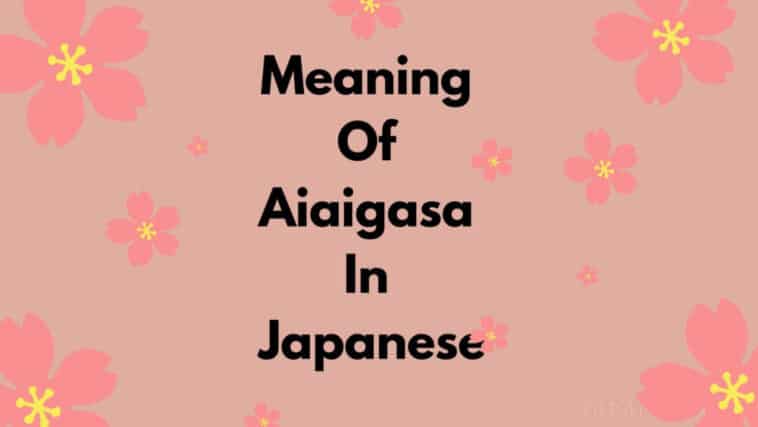 Are you looking for some romantic ideas when there is a light drizzle? Have you heard about the lovely cultural tradition and meaning of aiaigasa or Japanese Love Umbrella with your special someone?

Rainy days don’t always have to be boring and be cooped up sitting at home or stuck in bed gazing in dismay outside the window.

Tsuyu 梅雨 in Japan or rainy season, usually lasts from the beginning of June to Mid-July, however it varies from one location to another.

Although this bad weather can be gloomy, how about going with your loved one and try and surprise them with the sweet yet magical  aiaigasa 相合傘 Japanese Love Umbrella tradition?

Umbrellas hold a very prominent place in Japanese culture. As soon as even a single droplet of rain falls from the sky, the Japanese individuals whip out their umbrellas from their bags.

Let us learn more about the meaning and significance of aiaigasa

Aiaigasa [相合傘] means an umbrella of love. Ai means ‘love’ and ‘gasa’ in Japanese is the variation of the word ‘Kasa’ meaning Umbrella. So, it literally translates into, ‘Love-Love umbrella.’

Its meaning is more romantic and deeper than you realize. Two people, especially a couple sharing an umbrella, is considered a very romantic gesture and symbol in Japan.

Just like in the movies in the West, we see the hero carve the initials of himself and his lobe on the trunk of a tree, Japanese sweethearts consider this an expression of their love and romance.

We also see other romantic gestures in the movies of the west such as a gentleman opening the car door for the lady, giving his jacket to his lady or walking her home. But in Japan, the one romantic gesture that conquers all is none other than the Aiaigasa.

What is fascinating is the fact that many girls actually forget their umbrellas on purpose with hopes of sharing an umbrella with their love. Women in Japan appreciate this gesture which serves as an initial sign that the two can start dating soon.

This is a very simple and straightforward romantic gesture. There isn’t much to say about it except please never leave a woman wet in the rain.

You too can replicate this Japanese style expression of love to your special someone.

What Is The Significance Of Aiaigasa?

During the olden days, it was not approved of a young woman to be seen in public with a man who did not belong to her family.

The only exception was during the rainy season when he could offer her to share an umbrella with the young maiden if she did not already have one.

The aiaigasa is nothing more than the gesture of sharing an umbrella with another person who forgets to carry their own. It is very commonly seen after work or school. Friends do it all the time but if two people of the opposite sex share one, there is a romance in the air.

Although the aiaigasa does not have that iconic oomph to Westerners like it does to the people of Japan, it holds a special significance to their culture.

We can see newlyweds in Shinto weddings being officated under a red parasol.The color red in Japan means life that drives away evil spirits.

The umbrella even keeps the bride dry if it suddenly decides to  rain. It is quite large and the umbrella is carried by a man who follows the bride in a wedding procession.

It is very romantic to see a couple with a romantic interest sharing an umbrella in Japan.

The archaic meaning of the term ayay [相合] gives us the idea of being on equal footing with your partner which is also a signal for the couple to be together.

Aiaigasa in Anime and Manga

There are hundreds of popular anime and dramas that depict aiaigasa and here are some good examples:

How To Participate In Aiaigasa?

There is good news to all you out there who wish to go with your loved one and partake in aiaigasa.

There are absolutely no rules and regulations regarding this and what’s more ideal is that this date idea is easy on the wallet too.

Kyoto is one city where you can  indulge in this simple but meaningful romantic tradition. Romantic places here such as the Imperial gardens, Kamogawa river, Kinkaku-ji temple，以及 Pontocho Alley are wonderful examples.

Even a stroll or a quiet landscape void of the usual crowds or just gazing out over a bridge, all you have to do is make a list of some  special places to take your partner to the next time it rains of course!

Even the shrines or myriad temples have water dripping quietly from mossy stones to ancient trees and rushing streams fed into by the rainfall.

First things first, make sure you get yourself a beautiful umbrella from the local store. Trust me, not only will you be able to use this on your rainy romantic date, but they are excellent  souvenirs that serve the purpose of being both practical and pretty.

With countless umbrella shops being  scattered around town, get high-function umbrellas that can fold up into tiny sizes and fit into pockets, or a modern clear color one or with UV-ray cutting finishes to protect you from the sun even on a clear day or those with buttons that spring the shade open in one fell swoop.

Why are umbrellas so popular in Japan?

What does an umbrella symbolize?

Where can I buy an umbrella in Japan?

If you are going to stay in Japan for long, invest in a stylish and durable umbrella sold at  department stores like Atré, Cool Magic Shu, and so on. Prices will range from 500 yen to 1000 yen.
From the clear plastic umbrellas, to bold artistic prints to lace doilies to printed animated characters to intricate shades of colors, with multitude of functions, your choices are endless.

In any culture, romance does not have to be about extravagant gifts or mind blowing and over the top gestures. It is safe to say that the Japanese have truly understood this which is very evident in sweet traditions like the aiaigasa which have been passed down for generations.

Sharing an umbrella as a couple in Japan is a very romantic expression and considered a symbol of romance and love. There is plenty of beautiful architecture, serene nature and streetscapes to serve as a perfect  backdrop for the Japanese Love Umbrella or aiaigasa.

These special moments like drawing an umbrella with one’s name and crush on each side, are sure to put a smile on your face. Always remember to carry your umbrella to share it with your love ona rainy day.

What do you think of this romantic gesture called aiaigasa? If you enjoyed reading the article, do not forget to share eit with your friends. 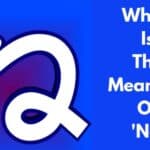