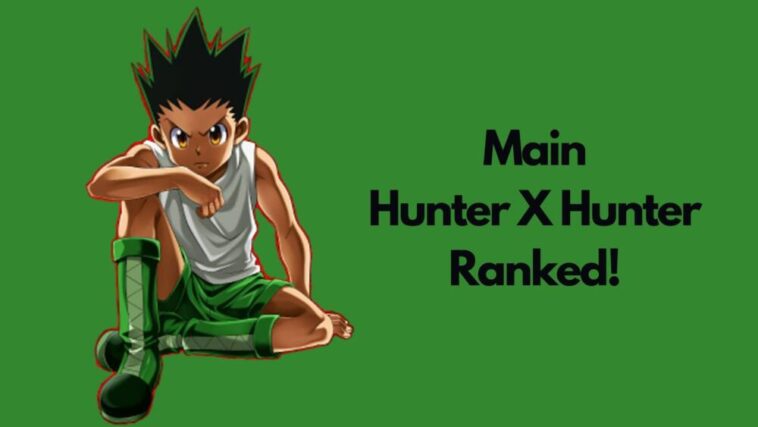 Hunter X Hunter is one of the best anime series in recent times. The anime series has received plaudits by anime enthusiasts for its entertaining storyline and its captivating characters.

The plot of Hunter X Hunter centers on a young boy called Gon Freecss who believed his parents were dead when he was an infant. Eventually, he learns that his father is still alive and is a professional Hunter who discovers rare creatures, unfound treasures and places, etc.

The series is filled with dazzling characters who possess distinct abilities but who are the strongest and most likable characters out of them? That’s why we’ve ranked the main characters in Hunter X Hunter based on their popularity and strength.

Read along to find out where your favorite character is positioned.

The first character on the list is Gon Freecss who’s the protagonist of the anime series and my all-time favorite character in the anime. He’s a young boy who grew up in Whale Island with his grandmother and aunt because his father, Ging Freecss abandoned him as a child. Eventually, he’d learn from a Hunter named Kite that Gon’s father is a renowned Hunter. This encourages Gon to become a Hunter and look for his father.

He’d pursue the Hunters Exam to become a professional Hunter and there he enjoyed all the challenges that came within. Gon has a fishing rod which he used to catch items from afar with impressive precision. He also used the fishing rod as a tool during wars.

He possesses superhuman strengths like incredible speed and he also is an Enhancer which means he has enhanced senses and reflexes which help him see in the dark, smelling sense of a dog and taste anything bland.

He also has quick healing powers and is competent at hand to hand combat.

Isaac Netero is the Head of the Hunter’s Exam Commission and the 12th Chairman of the Hunter Association. His appearance looks like an old man who’s dependable but he was physically fit and quite strong for his age.

He usually wears a traditional white kimono with blue stripes and has a long ponytail.

Isaac Netero was the world’s strongest Nen user when he was a youth. He was able to visit the Dark Continent which is a place that had an extremely low survival record and return back alive without any critical injuries.

He has incredible strength and stamina for his age as he was able to free fall from 60 feet and made an effortless landing. Netero also had remarkable reflexes which he used to dodge attacks from opponents and was also skilled at hand to hand combat.

Meruem is the most invincible offspring of Chimera Ant Queen and was the main antagonist in the Chimera Ant arc.

Later he was regarded as the King of the Chimera Ants after he was born by ripping out of the Ant Queen’s body. He was a ruthless leader who only wanted food and to conquer the world with his ants.

Meruem was born with the ability to use Nen and has a larger amount of aura than the Royal Guards. He has the ability to increase his aura by feeding on other Nen users and this would make him invincible and much stronger.

Meruem also has the authority over the Royal Guards and can procreate with any female being from a different race.

Menthuthuyoupi is also called Youpi and he’s a hybrid of a magic beast and chimera ant which gives him an appearance of a red, muscular humanoid.

He is also the youngest Royal Guard of the Chimera Ant King. He has strange looking ears and legs that look like an animal and very sharp teeth.

Youpi can shapeshift and take the physical forms of several animals. He had animal instincts and wasn’t concerned about anything in particular.

His only aim was to focus on his goals and serve the Chimera King. He was an aggressive and invincible soldier and gave his best during battles.

Ging Freecss is the father of Gon and a former Zodiac who had a Double Star Ruins Hunter. He’s also the mentor of Kite, the creator of Green Island, and the de facto leader of the Dark Continent expedition team.

Ging has a selfish attitude and he’s often rude. He’s concerned about his appearance and dignity. He didn’t want to meet Gon initially because he was too shy and nervous to see him.

Ging has the ability to remote punch which is using his Nen to punch people from a long distance.

His ultrasound ability aids him to use his Nen to detect hidden people and he can also use his Nen as bullets to shoot through solid objects. He can just copy other’s nen abilities just by observing them.

Leorio is an amateur hunter and a Zodiac member. He was introduced to the anime as a narcissist whose only aim was to earn money by being a hunter and pursue his career of becoming a doctor.

However, as the anime progressed his character arc was redeemed as he revealed he only wanted to become a doctor to help the needy.

He’s a tall man with a nice physique, black hair, and brown eyes. He usually wore a dark colored suit, black sunglasses, and black shoes which made others think he was an old man.

Leorio was a practitioner in using Nen and was able to punch Ging with it. Although Leorio wasn’t one of the strongest Hunter X Hunter characters, he was one of the most loved characters by fans thanks to his selfless demeanor.

Neferpitou is referred to as Pitou and the firstborn of Chimera Ant King. He’s also a member of the Royal Guard and Mereum’s top soldier. Pitou had the physical appearance of a humanoid cat.

He has a tail that’s covered with cat fur and her overall appearance has an eerie aesthetic.

Pitou is a specialist Nen user and has the ability to control Aura nodes. He possesses a vast amount of aura and could learn things at a fast pace compared to a human.

Even the most powerful hunters and Nen users such as Illumi and Hisoka couldn’t produce enough aura to combat Pitou’s aura. His Ren is huge and has a diabolical appearance which can be kept active for days.

Killua comes from a renowned and notorious family, the Zoldyck Family. They’re professional assassins and Killua abandons his family to become a Hunter.

He’s the best friend of Gon Freecss and one of the main protagonists in the series. He’s pale-skinned, has silver hair and blue eyes.

Killua’s personality is similar to Gon’s as they’re both very playful and mischievous. He has profound analytical skills for his age and can come up with solutions instantly. He’s also confident about his powers and questions the actions of others, especially Gon’s.

Killua’s Nen ability is capable of creating an aura and manipulating it. His ultimate ability is called Godspeed which makes him create lightning in his body that would make him extremely fast and strong to fight his opponents and counterattack them.

Shaiapouf, aka Pouf, is a humanoid butterfly and a Chimera Ant as well as a member of the Royal Guards to the Chimera Ant King. P

ouf looks more human than other Royal Guards. His appearance looks like that of a young adult with short hair and light purplish skin. He bore large butterfly wings with vibrant colors and had an antenna.

Unlike other Royal Guards, Pouf had a very calm demeanor. He gives significance to rational thoughts and comes up with logical judgments.

However, he was more devoted to the king than his conscience and was a master at deception and manipulation. He has the power of Spiritual Message which aids him to predict the actions of a person, and the outcomes of a certain action. His Nen allows him to fly faster and manipulate others.

Zeno Zoldyck is the grandfather of Killua and an infamous character in the series. He’s a skilled assassin and a competent Nen master. Zeno is an old man with white hair and a mustache.

His remarkable accomplishment is assassinating an entire Mafia Squad and hearing his name alone would terrify criminals in the underworld.

For an old man, Zeno has amazing agility which helps him travel farther just by jumping. He also has incredible reflexes, speed, and strength which helps him to lift massive objects effortlessly.

He possesses quick thinking abilities as well which aids him to use his Nen powers effectively.

Does Hunter X Hunter have a main character?

The main character of Hunter X Hunter is Gon Freecss who’s the protagonist of the anime series. He’s a young boy who aspires to become a renowned hunter like his father, Ging Freecss. The other main character in the series is Killua Zoldyck who is Gon’s best friend.

Who are the 4 main characters in HxH?

The 4 main characters in Hunter X Hunter anime are Gon, Killua, Leorio, and Kurapika. Gon is the main protagonist of Hunter X Hunter who grew up as an orphan in Whale Island. As he grows up he learns that his father is a renowned hunter and hence he decides to join the Hunter Examination. That’s where he met and befriended Killua, Leorio, and Kurapika.

Who are the top 5 hunters in Hunter X Hunter?

Hunter X Hunter is an anime that focuses on professional and powerful people called Hunters. There are several hunters in the anime and the top 5 best hunters are Gon Freecss, Isaac Netero, Ging Freecss, Zeno Zoldyck, and Leorio.

Who is the main villain in HxH?

The Hunter X Hunter anime is comprised of countless distinct characters and there is a fair share of protagonists and antagonists. When talking about villains there are several characters and one such person is Chrollo Lucifer. Chrollo is the Phantom Troupe leader and the main villain in the Yorknew City arc. 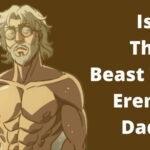 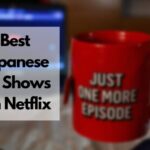